Um, excuse me! These Texan shit-kickers are pretty bad ass! Harlem brings on that groovy garage sound sure to get bodies shaking. The boys definitely know how to deliver those thrashin’ pop melodies that take you on a sweet blast to the past. Led by dual vocalists Michael Coomers and Curtis O’Mara (the duo switch between guitar and drums, both onstage and off) the two were later joined by bassist Jose Boyer, thus completing that awesome Harlem sound. The fellas were signed to Matador back in June with a “multi-record, worldwide deal” and have been killin’ it ever since.

Harlem are creating quite the buzz in the indie circuit and have a slew of tour dates lined-up . I highly recommend you add them to your concert calendar as well as your music library.

Check out the photos below from their show at Spaceland a couple weeks ago! 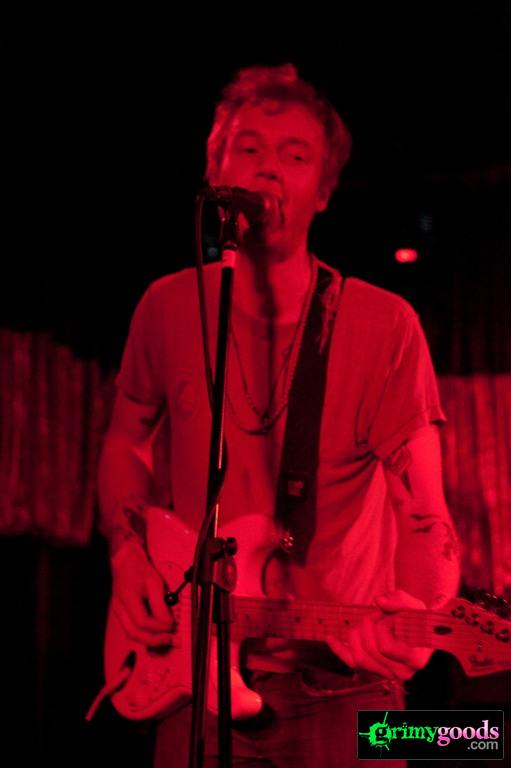 3 thoughts on “Harlem at Spaceland – Show Review and Photos”