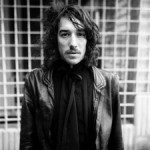 According to Flip Skateboards, Ali Boulala will be released from prison this Friday, March 12, 2010.

In an unfortunate accident on March 6, 2007, Boulala was the rider of a motorcycle that killed his pillion passenger, Flip Skateboards pro, Shane Cross. When Boulala arrived at a hospital, his injuries were too severe for him to be kept conscious and he was placed in a medically induced coma until his vital signs and health stabilized.

Boulala was sentenced to jail in 2008, for four years (two of which carry no parole) due to the death of Cross. He will be released with an early sentence this Friday for good behavior.

The skateboard industry is very excited to have Boulala back from such an unfortunate event. Flip has just released some footy of Boulala. Check out his NEW “Extremely Sorry” trailer! Click here to watch the video.

Welcome back Ali! And much love to Shane Cross, may he thrash in peace.