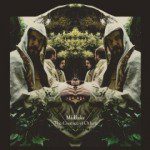 Denton, Texas-based Midlake’s brand of lo-fi music could definitely fall into the psych-folk category, with a sound touched by Laurel Canyon’s days of lore. The band’s newest record, “The Courage of Others,” picks up where 2006’s excellent “Trials of Van Occupanther” left off, but finds Midlake stripping away the synthesizers to create a sound that feels as if you are sitting around the campfire listening to some friends jam.

As usual, Tim Smith’s bittersweet lyrics and commanding voice are part of the hook that commands your attention, with songs that touch on some not-so-uplifting topics including death and the struggles of man. Also still there are the beautiful and intricate melodies Midlake can put together. This time, however, with the 70s rock tinged influences stripped away, it more closely resembles the moving sounds of bands such as the Pentangle and Fairport Convention, and that is where Courage succeeds — it feels more heartfelt. Not unlike these great bands, Midlake’s organic approach on this record combined with the band’s usual melodic stylings, enables Courage to create a small, mystical journey that can make you tap your foot to groove, while losing yourself in the emotions being exposed.