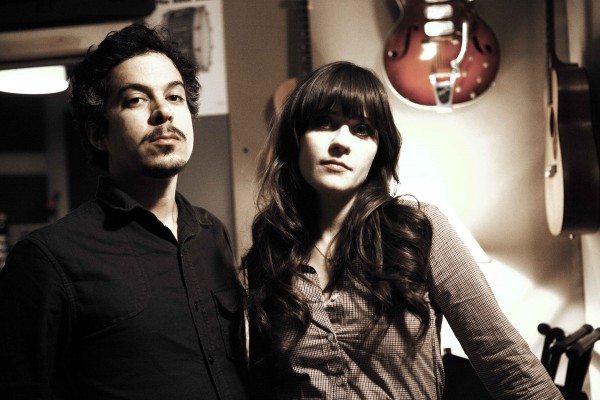 “Volume 2” by She & Him is a cute and charming album where Zooey Deschanel dazzles with an inviting voice singing like the sweetheart that she is while M. Ward keeps the guitar melodies simple and memorable. Although pleasing to the ear, at first listen, “Volume Two” had no addictive elements to it. I didn’t get that surge of admiration where I’m instantly attached to the album for at least a week. But after a couple more listens I found myself humming various tunes of “Volume 2” through out my day until I went to bed. In fact, I think I woke up with “Gonna Get Along Without You Now” playing in my head.

“Volume 2” is chock-full of catchy hooks and Deschanel’s voice sounds so damn cute, I can’t help but get flashbacks of “500 Days of Summer” (which by the way, is an awesome movie, especially for music lovers). Their first single, “In The Sun” is about as bright a song as its title with a catchy beat, light piano keys, sweet percussion and the delicious vocals of Deschanel. The best part of the song though, is the last minute where M. Ward breaks into a fast and intricate guitar outro that ends at an abrupt halt. I love the back-up vocals in “Ridin’ In My Car.” It has those 60s style girl-group harmonies you’ll hear in the The Chiffons and The Shangri-Las.

The sassy lyrics and melody in “Gonna Get Along Without You Now” will have any girl who’s been dissed by a stupid guy, singing along loud-and-proud. It’s short and sweet and when Deschanel sings the the line “Gonna find someone that’s twice as cute cause I didn’t like you anyhow,” what a great send off! BOOM! You tell em’ sista!

Alghough “Volume 2” may not infect me with that constant craving for more, it’s still a 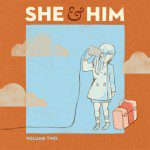 fun and charming listen. The album was released March 23, 2010 via Merge Records.