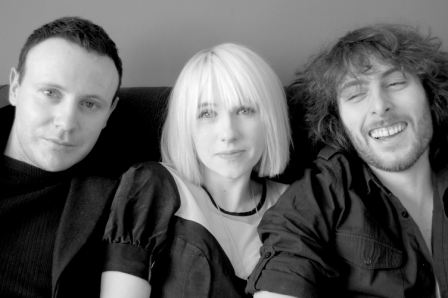 That certain guitar sprawl of the best of the shimmering bolstered rock bands out there is more than sprinkled generously throughout the tracks on London-by-way-of-Wales trio The Joy Formidable and their debut, self-produced EP, “A Balloon Called Moaning”– it’s full of noticeable influence that is. Equal parts 90’s diaristic vocal infections atop grungy, post rock growth; the most common comparison here seems to be the all-grown-up, though not quite so stage-commanding side of Karen O and her Yeah Yeah Yeahs (see “Soft Shock” or “Hysteric”) to oh-so-cute blonde singer/guitarist Ritzy Bryan’s delivery over these eight songs.

The flagship signees to Passion Pit’s Ayad Al Adhamy’s Black Bell imprint, this “Balloon” isn’t quite lost in a full-on moan that the title leads us to believe when we pair it alongside the quirking pop bliss of the aforementioned synth player’s band and their “Manners.” For The Joy Formidable sound does certainly have a whisper of the Massachusetts darlings in here somewhere; take the catchy “Whirring” and the opening on “Cradle,” for this, but more so, the EP does much to support the Yeah Yeah Yeahs reference quite strongly.  “While The Flies” takes Zinner’s wiry “Maps” guitar and adds syrupy, octave-shifting background “ahs” and some beating build that leaves me feeling much of the same as the previous songs (though never of the YYYs): great production value of arena-ceiling proportion, in place of an overall lackluster emotional response.

The Celtic-tinged “9669” sounds like the ‘reminiscing scene’ of the next Twilight film, while “The Last Drop” takes a Metric pace. The strongest track by far is the slow growing closer “Ostrich” where Byran adopts a catatonic vocal approach over pulsing drums and a slight orchestral dusting. What should be heralded from “A Balloon Called Moaning,” though is coincidentally much of that same thing that helped land Passion Pit into mainstage, “Gossip Girl” stardom- a bedroom wizardry resulting in a major sonic impression. 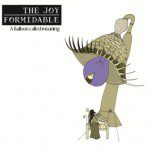