There was a lot to be seen and heard at the Sea No Evil Art Show last Saturday, July 31, 2010 at the  Riverside Municipal Auditorium. A sweet event benefiting the Sea Shepard Conservation Society; an international non-profit, marine wildlife conservation organization whose mission is to end the destruction of habitat and slaughter of wildlife in the world’s oceans in order to conserve and protect ecosystems and species. If you’re down with Animal Planet’s popular series “Whale Wars” and Captain Paul Watson, you best be down with the Sea Shepard Conservation Society. Watson is the founder.

Aside from all the good this event does for our planet’s oceans, the Sea No Evil Art Show also boasted a hot line-up of performances, some very edgy and beautiful artwork, full bars and a nice young crowd of good looking people ready to party for a good cause.

Former pro skater, now musician, Matt Costa played a bubbling set with his pop-folk songs. The moment he struck the first key for “Mr. Pitiful,” the crowd immediately started singing-along while others questioned “Dude, isn’t this the song in that iPod commercial?” Yep, it sure is.

The sexy Michelle Rodriguez unfortunately didn’t play a DJ set. But she sure looked bold and beautiful roaming around the venue with rosy cheeks and a whimsical smile. I think she was a little buzzed on the bubbly or something else … Regardless, anyone that came across her was more than stoked to be amongst her presence (I know I was).

The Crystal Method banged out that raucous of beats they are known for, while DJ Diabetic (Shepard Fairey) was a bit lackluster behind the one’s and two’s. His mash ups of the Clash, Ramones and other punk gems have grown a bit stale. I hear the same shit every time I see him DJ.

The Sea No Evil Art show as a whole, was pretty damn good and an event we’d definitely recommend to any lover of art or music and most importantly, those passionate about preserving this planet (fuck off BP, yo ass ain’t invited).  Next year’s event is toying with the idea of a new location to be held in Los Angeles. Might bum out a few of the IE locals but I think the show will benefit greatly with a broader and targeted audience.

Now, check out the awesome photos from the Sea No Evil Art show below! 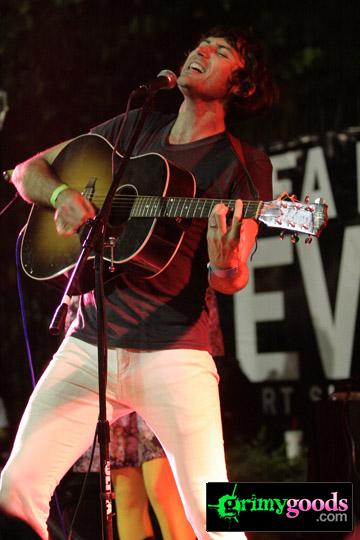 CLICK ON THE THE THUMBNAILS BELOW FOR MORE PHOTOS! 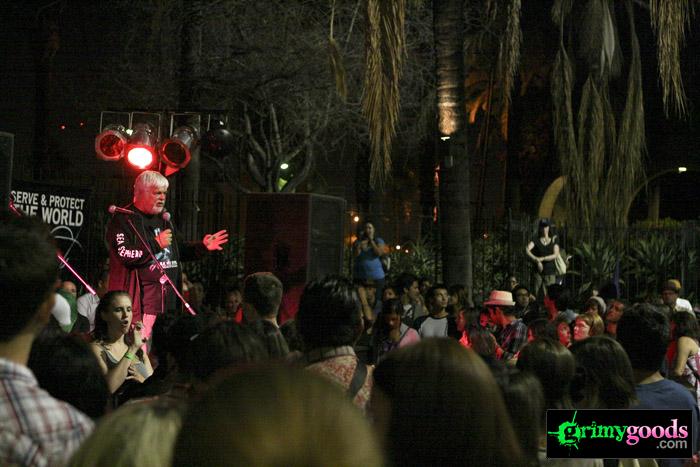