As part of Filter Magazine’s Culture Collide Festival,﻿ The Besnard Lakes put on a hell of a show this past Friday, October 8th at the Echoplex. Unlike their Montreal cohorts Land of Talk, The Besnard Lakes were anything but boring. With front-man Jace Lasek, reviving everything that made the late 60s and early 70s so damn cool, Lasek undeniably resembled a young Robert Plant morphed with some Peter Frampton. Aside from the obvious looks, Lasek also conjured up some hot vocals like that of the legendary Plant. Paired with his astounding musicianship behind his guitar, he blasted out some loud atmospheric riffs that literally blew my mind to another dimension for a good minute or so.

While definitely holding some weight on the psyche guitar-rock side with trinkets of ambient effects, The Besnard Lakes can also tone it down a notch to some slow indie jams. While Lasek impresses us with his rock star guitar chords, his better half, (wifey) Olga Goreas, bassist and singer brings a mellow tone to the ensemble with her sweet voice and rolling bass lines. The two complement and balance each other out at all the right times, making for some luscious indie rock that is both wild and loud or tender and melodic.

Check out our photos of The Besnard Lakes at the Echoplex below! 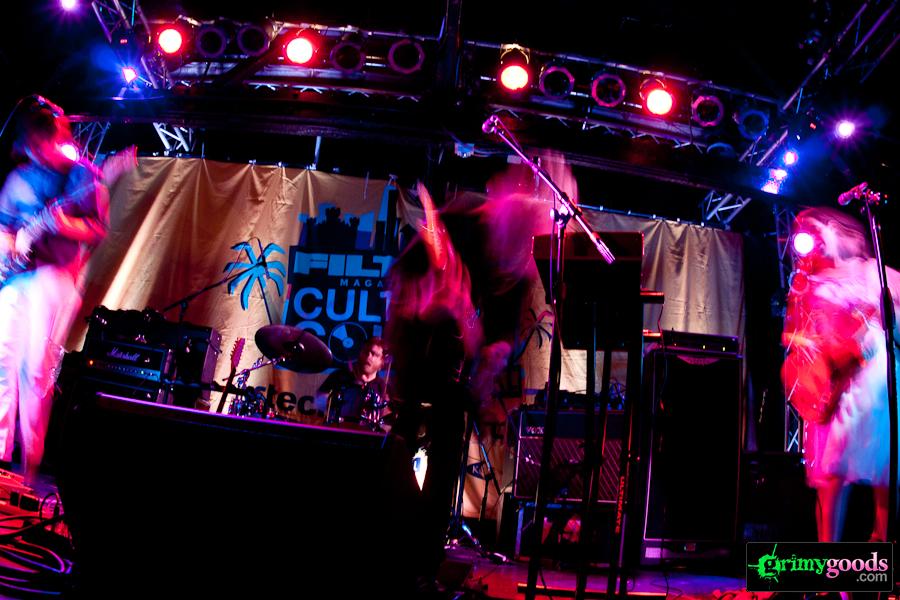