Take a second to close your eyes. Now imagine the planet Earth is feeling calm and euphoric as it plays an epic symphony. What would that sound like (insert pause here to follow instructions above)? Okay, now you’re back with me and you have an idea of what I experienced at the Fox Theatre last Monday with the artist Jónsi (of Sigur Rós). According to Jónsi’s comically modified set list, he opened with the song “Stars in Stinky Water.” It looked, sounded and felt like we were transferred into a forest to take part in a Nordic magic ritual. The projections on the back drop looked like the film “The Labyrinth” if it had a passionate love affair in Iceland with the “The Never Ending Story.” This created the perfect setting for such atmospheric breathtaking sounds. Jónsi possesses a voice that sounds like a choir of 12-year-old boys wailing to a lost loved one. His falsetto is sweet and smooth yet epic and reverberating at the same time. It’s always great to see someone command a crowd with just pure talent. Not one person was talking through the entire set. At the end of every song you could hear a pin drop as the audience stood in awe before applauding.

The instruments on stage were different than what is normally seen at an indie show. I counted four types of instruments of the key kind: from upright piano, to baby toy piano and vintage organs as well as several drums and xylophones (in which they did a little xylophone jam session that made me tingle.) Several songs were beautifully sung in the native tongue of Iceland. I do love it when different cultures are infused into any kind of “hipster” environment producing a good outcome. The more pop inspired songs such as “Boy Lilikoi” and “Around Us” complimented the more mellow songs by adding some high energy forces to the Fox Theatre’s intimate chamber. Check out the photo of the set list below for all the songs that were played.

For the encore, Jónsi reappeared in a two-ft high feathered head dress that would make some of my friends cry with tears of envy. The costumes are a notable part of this experience looking like a mix of “The Lord of The Rings” and nature inspired royalty.  Jónsi looked like a decorated prince of the forest. To these last few songs he danced around in a native ritual trance that felt completely authentic to what he was feeling, and we the audience felt it too. The set ended with the song “Grow Till Tall” jokingly noted on the set list as “Grow till Paul.” After the encore the house lights brought us out of our trance and the band stood shoulder-to-shoulder for a bow reminiscent of actors at the end of a play. It was an intense heart smiling moment of band-to-audience connection. It was in two words: very cute. Over all this performance was beautiful in all your senses, yes I could even taste and touch it. To quote my plus one, Rob, “it was like you were plunked down into a soup bowl of sensual enjoyment.” I had an amazing show experience and I wonder if anyone knows who that cutie delightfully grinning bass player is and how I can get a date with him? 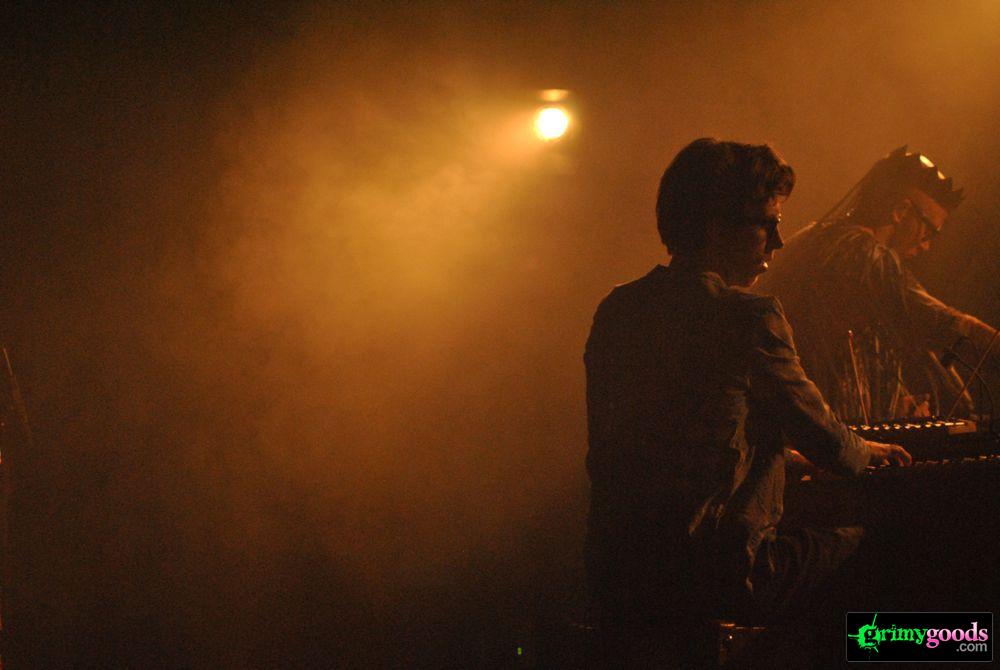