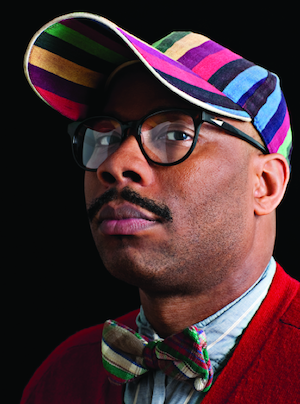 If you’re a true hip-hop head who misses the slick rhyme styles from the ’90s instead of this lame crap-rap, you need to add Beans to your SXSW schedule. The Brooklyn-based rap rebel delivers tight lyrics and flows over hard-hitting beats. Also a member of the dope-ass, Anti-Pop Consortium, Beans isn’t afraid to experiment outside the realm of traditional hip hop. His new album End It All, is his first album to feature only outside production (Four Tet, Clark, TOBACCO, Bumps, Son Lux, Interpol’s Sam Fog, etc.), all united by the inimitable flow and reborn swagger of Beans.

One thought on “Interview: SXSW 2011 with Beans (also of Anti-Pop Consortium) from Brooklyn”