After reading numerous tweets this afternoon about the latest scandal in the Los Angeles street art community, I was outraged. Apparently, the city of Los Angeles hired a private graffiti removal service (Graffiti Control Systems) to ILLEGALLY remove one of the illest murals in L.A. Not only was this piece of work culturally significant, created by some of the world’s best known artists such as SABER, REVOK, RIME, RETNA, Os Gêmeos and more, but it was all taken down illegally. According to LA Taco, the fence protecting the private area where the mural was located had been forced open by Graffiti Control Systems and they were only stopped when the building owner, who was devastated, intervened. Imagine allowing this monumental, prolific work of art to grace your private walls only to have it buffed with out your permission. I too would be devastated. And to top off all this shittyness, the city of L.A. decided to carry out this act a mere week away from the opening of  “Art in the Streets” at MOCA.

Wow, really Los Angeles? I don’t think I’ve ever had a greater love/hate relationship with anyone than I do with you. Of the many bull shit things you do (that always reflect on your politics), this is being added to my laundry list of dismay. How you gonna go and hire a private graffiti removal service (Graffiti Control Systems) to buff some gorgeous street art that was all done LEGALLY? Are you conservative douches really that dumb? It’s not your property! Not only is what you’re doing ILLEGAL but you would think city politicians would be smart enough to use the little bit of money that we do have towards something positive.

Instead of hiring an outside private company to destroy legal and beautiful street art, why don’t you go fix those massive pot holes on our roads? We all know the disastrous toll they took during the numerous winter storms. Those pot holes have gotten so bad I almost knocked a tooth out driving on the 101. Or how about you go put money into our public parks? Better yet, put that money back into a school’s art program. Lord knows you’ve raped the education system of practically everything (especially the arts) with all those massive cuts and lay offs. *Sigh… 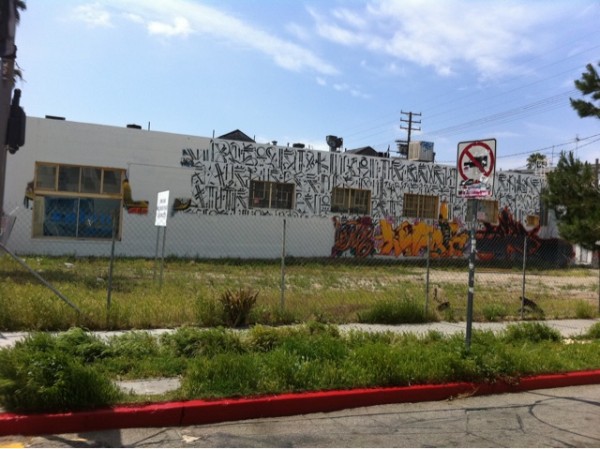