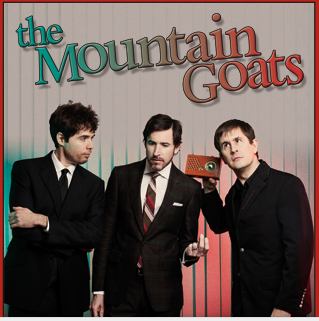 The Mountain Goats are coming to Los Angeles with a headlining show at the El Rey Theatre on June 23, 2011. With an eclectic mix of singer-songwriter indie rock, The Mountain Goats are touring in support of their new album, All Eternals Deck released March 29, 2011 via Merge. This will be the 13th album for the Goats and a damn good one that reads like an odd storybook full of not-so Mother Goose-like tales. Front man, John Darnielle’s lyrics are eerie, riveting and full of curiosity. They’ll definitely captivate your mind for a surreal musical experience.

Buy you tickets to the Mountain Goats here!