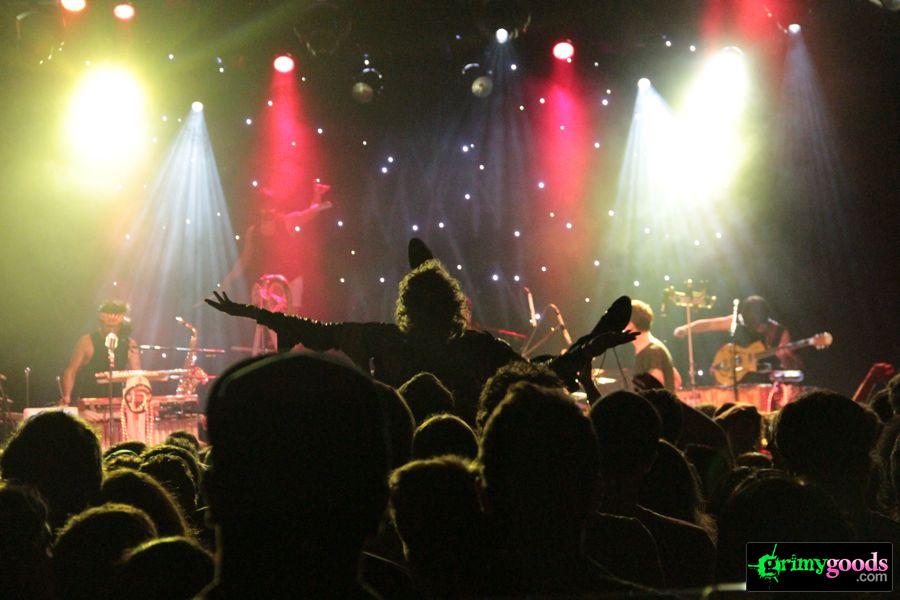 Ten seconds into the Man Man show I’m flat on my back with three people on top of me.  This was the scene last Friday the 13th of May 2011 at the El Rey Theatre.  Before the show started people were uncomfortably packing themselves into the already tight pit area where no standing room was available.  Still they kept cramming practically one on top of the other. Being on the outskirts of this human mass and observing I thought to myself, “some one’s going to be crushed to death.”  Little did I know that a few minutes later as I laid on the floor crushed by fans, that thought would change to, “I’m the one that’s going to die!”  Oh, the irony.

Even stranger is the fact that the band opened with the melodic song, “Feathers” off the album Six Demon Bag.  This slow pretty piano piece is the song that had the crowd react in this animalistic way of crowd surfing and dog piling on top of me.  Jesus! Man Man fans are freakin’ nuts!  Did I mention I was wearing a girlie little pink dress and sexy heels?  Yeah, just another detail to add to that image of me on the floor.

This band is known for little or no breaks between songs, which is always an amazing thing for the energy of the audience.  At this memorable show, each band member put several trumpet kazoos in their mouths and blasted straight into their next song.  All attendees received their own Man Man kazoo as they entered the El Rey.  A commemorative item that was worth getting into altercations over, as I witnessed, as well as an item my friend has not put down in the last four days.  The show feels exactly the way their music sounds: fun!  It’s the anthem for weird, creepy, experimental carnival rock with an I-don’t-give-a-fuck-and-life-is-too-short” carnal energy.  Basically, a Man Man show is like a pulsating rainbow of sound waves of the indie variety placed inside of a toy box just waiting to burst open. 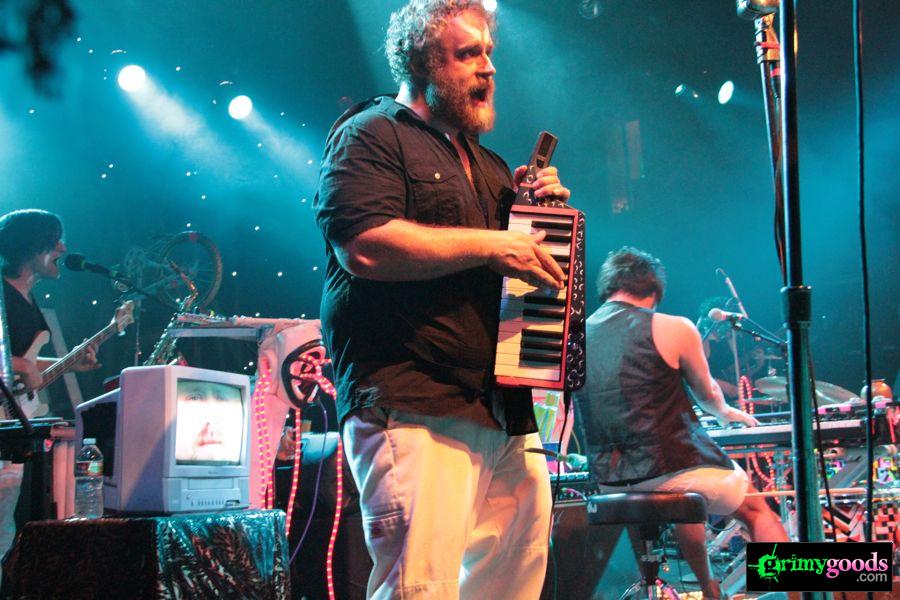 After I was rescued by security from being plastered to death by fans, I decided to move to a much safer zone where I could experience the show with out having to punch the guy in front of me for my own survival.  So, I talked my way into the VIP balcony section where I had the pleasure of watching the show with the members of Mister Heavenly, minus badass drummer Mr. Joe Plummer. From this height I could take it all in with wide eyed amusement.  The madness unfolding down below as people jumped on stage to dive back into the crowd or be yanked by security only added to the feral environment.  The set on stage looked like an 80s music video exploding with a plethora of neon colors, toys, and keytars.  The band members utilize almost anything that will make a noise to incorporate into their songs such as the spokes on a bicycle wheel, stuffed animals, and pots and pans.

Man Man is definitely a guy’s band with lots of percussion in random forms of anything you can get a beat or chime out of.  They played fan favorites off of previous albums such as “Engrish Bwudd”, but played most of the songs off their new album they are touring in support of, Life Fantastic released on May 10, 2011. Check out the tour dates and get yourself to one of these shows!  Honus is a mad man, and his wardrobe changes into sparkling shoes and a sparkly mini-dress is oddly not effeminate at all.  It’s just damn rock and roll! No wonder there were so many Honus look alikes in the audience. Go now! 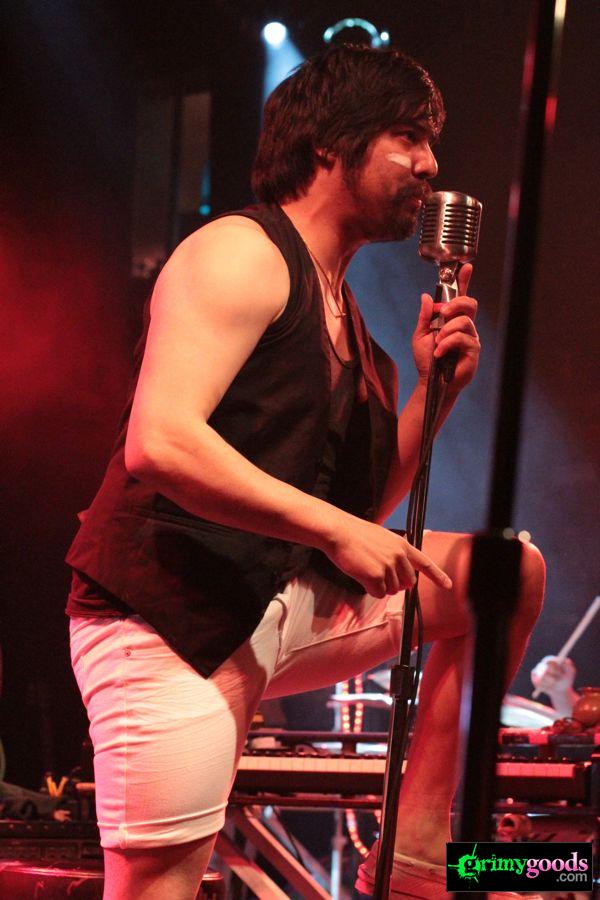 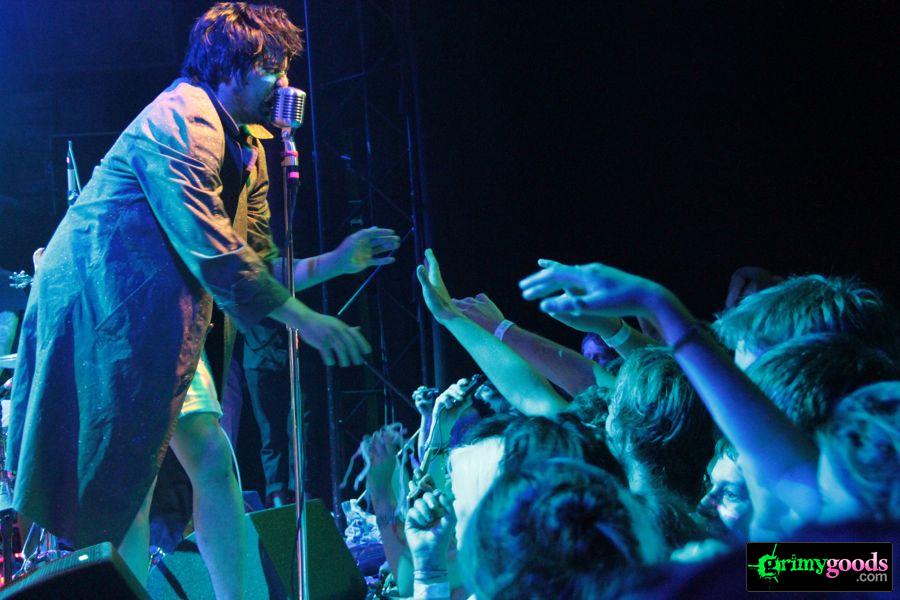 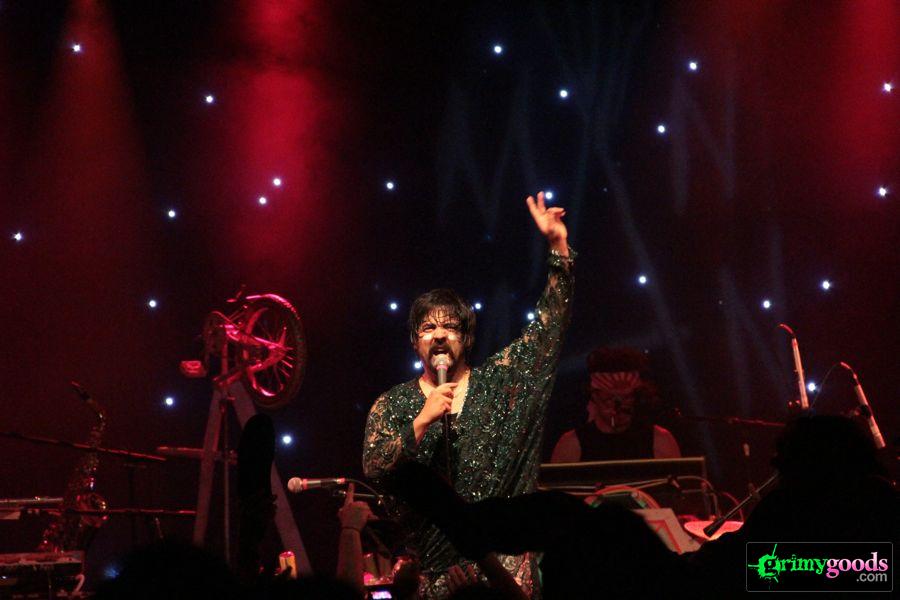 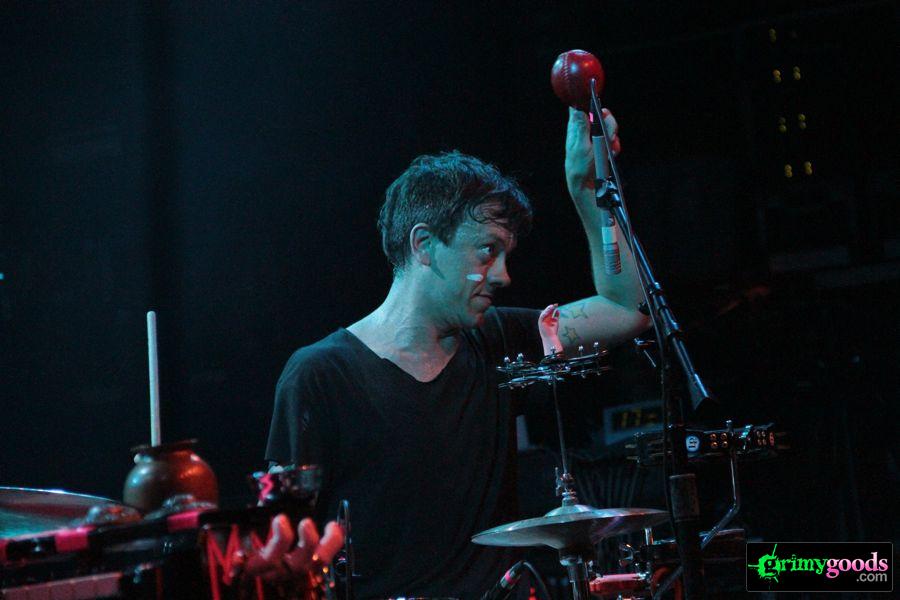 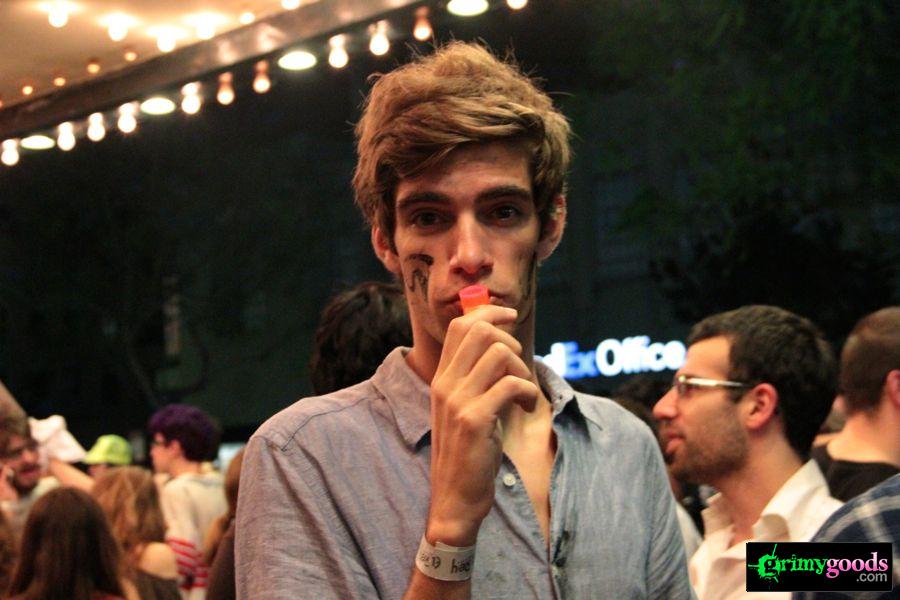 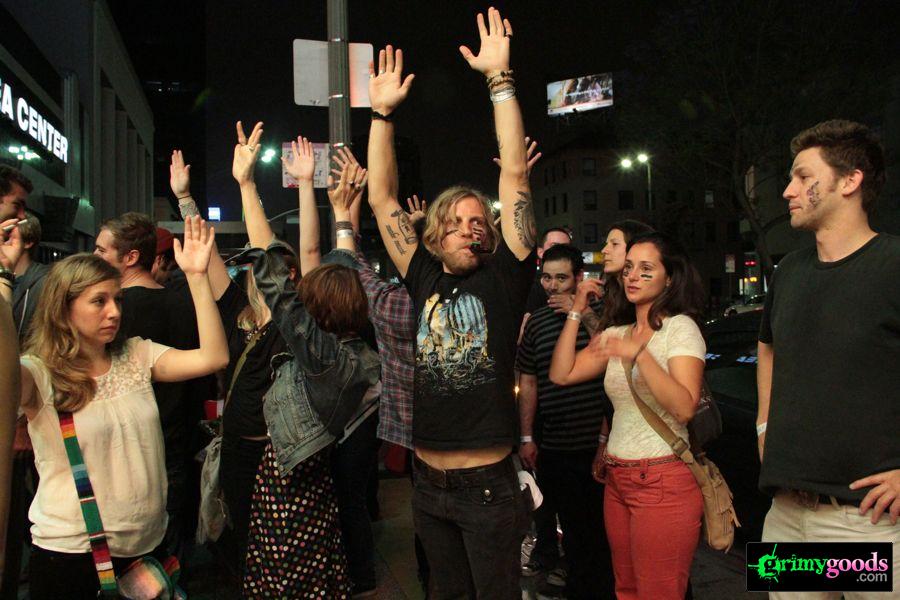 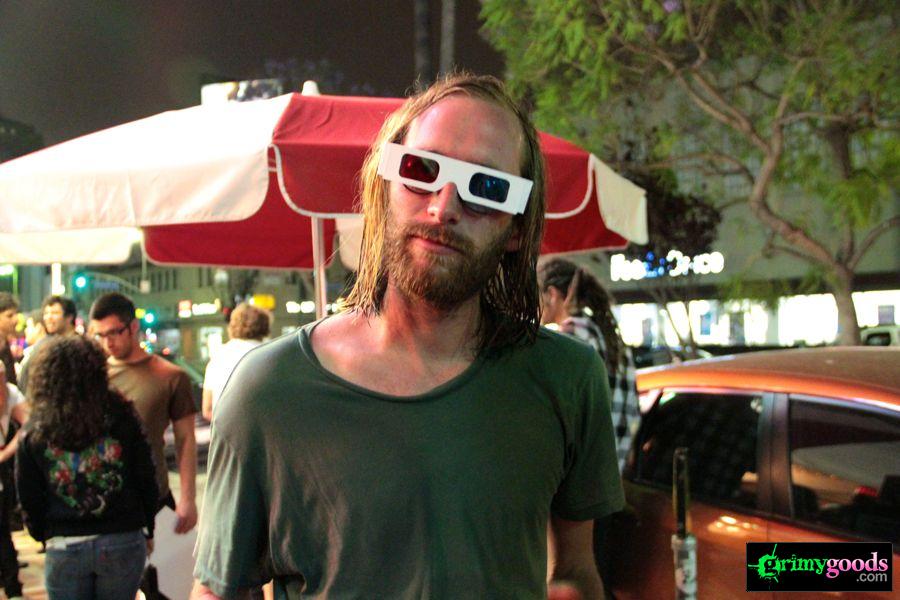