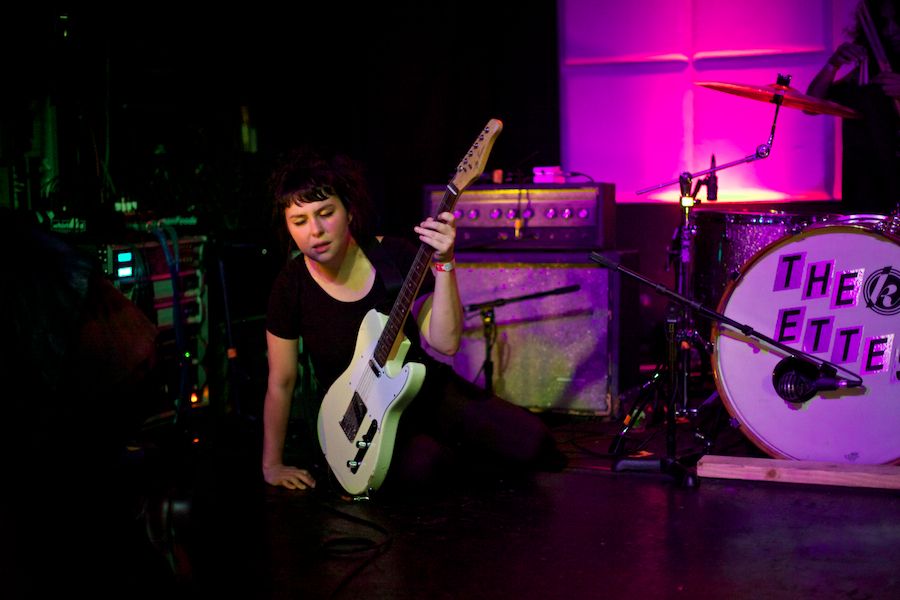 The Ettes show at the Echo on Thursday Aug. 25, kicked off with openers Oogly Boogly, a two-man outfit of wild blues harmonica, extremely distorted vocal spurts running through an Orange guitar amp, backed by heavy rock drums. Somewhere between weird-in-a-good way, conceptual noise rock and a Harry Potter-like existence in a mescaline trip, Oogly Boogly did nothing less than capture the crowd’s imagination.

Nashville trio Hans Condor then took to the stage with their own loud, very loud in fact, maybe a little TOO loud — dare I say it, brand of balls-to-the-wall, floor, ceiling and crowd’s faces rock and roll. This wild and stinky bunch held nothing back with their non-stop, high-energy assault of guitar, bass and drums. Guitarist Chazz Kaster took every opportunity to get the crowd hyped up by hopping to the floor and sharing every moment of his guitar solo action up close and personal. However, I couldn’t help but wonder if the drummer spent more time flipping off the crowd and standing atop his drums in a Captain Morgan pose than actually playing. A solid set overall that definitely left everyone pumped for The Ettes and as the crowd continued to fill out the anticipation grew. 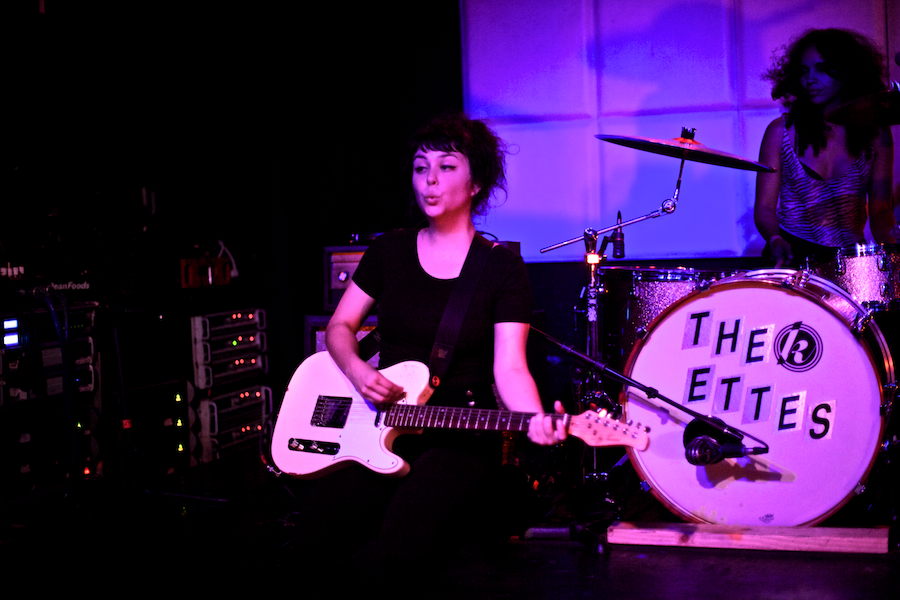 A drunken Ettes lead singer, Coco, stumbled onto the stage. She dished out a semi-coherent ramble of an introduction, also giving props to hard working drummer Poni (who looked on in dismay), and after a quick sound check primarily done by bassist, Jem they somehow barreled their way through the first song. It was clear that the show wasn’t going the way one might expect and it was painfully obvious that she was struggling to maintain on stage, but at least she was a happy drunk and seemed confident in continuing the set. However, despite her confidence, stumbling and rolling around with the guitar on the floor seemed to be all that she could muster. A fan even jumped on stage to try and hold her up during the song but it was clear that the music began to really slip from her grasp.  Poni and Jem kept the energy and the pace going but part way through song three, “Excuse” off their new album Wicked Will, gravity proved too much for Coco and she stumbled backwards (for the second time), falling into her amp. Ouch. Jem and security then cut the set right there. Despite some disappointment there was no heckling, only positive shout outs and love from the crowd for the band, although a few fans who were there to see the Ettes perform for their first time left with a bad taste in their mouth. After a break, closing band Tulsa Skull Swingers gave off some swamp rockin’ good vibes, more inviting that one may expect from a group clad in skull and devil masks.

Overall, it was a solid show, minus The Ettes for the most part. Having heard from Ettes concert veterans that this had never happened before at one of their live shows, it seemed evident that this was just a one-off thing. Coco was perhaps just a tad too excited to be back in LA (the band had been based here in the past) and perhaps the margaritas or what have you were flowing a little too freely beforehand and her pre-gaming took an unexpected turn. Whatever it was, the night was still enjoyable, albeit a bit of a spectacle, and as fan Ian M., put it the next day on their Facebook — “Every band has its Spinal Tap day.” 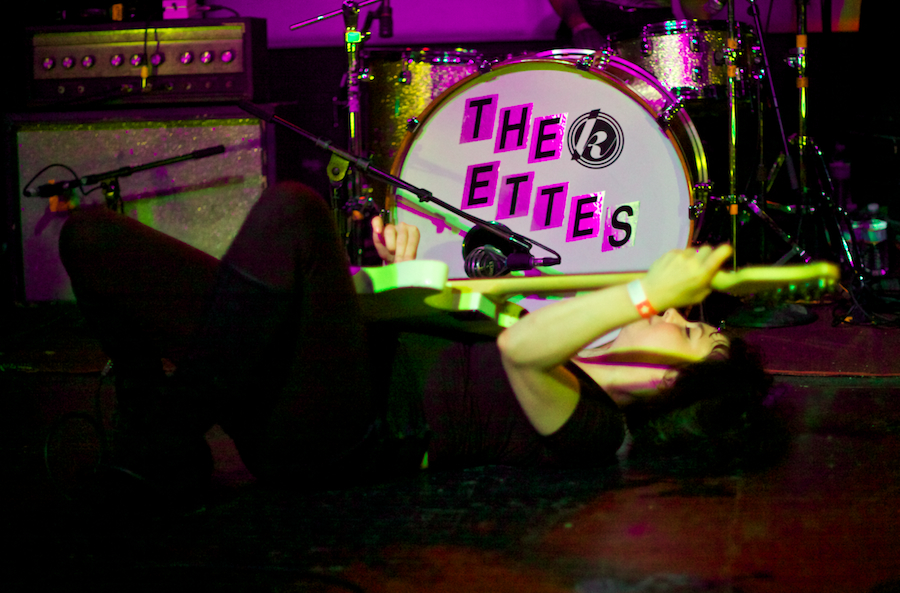 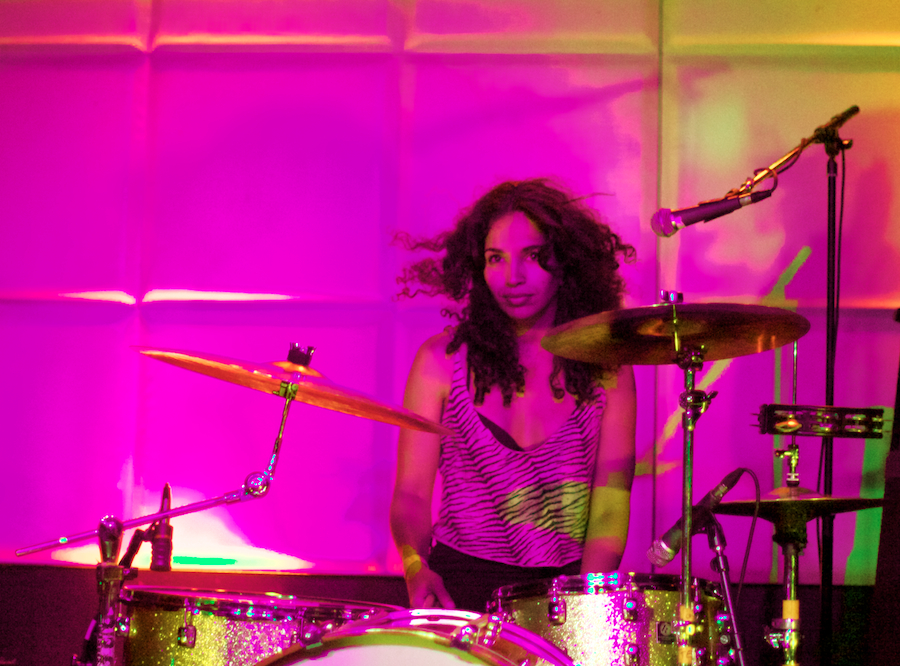 The lovely Poni not looking too happy. 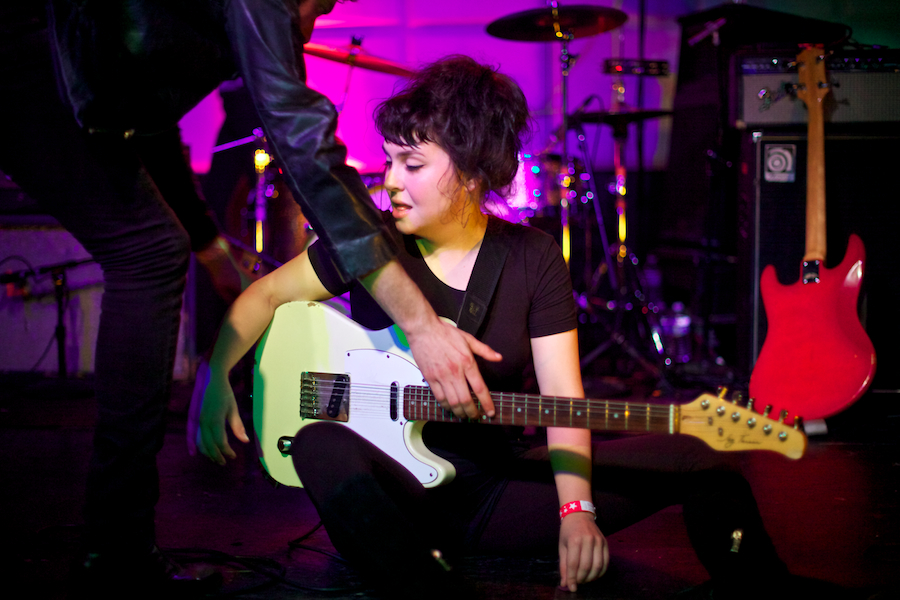 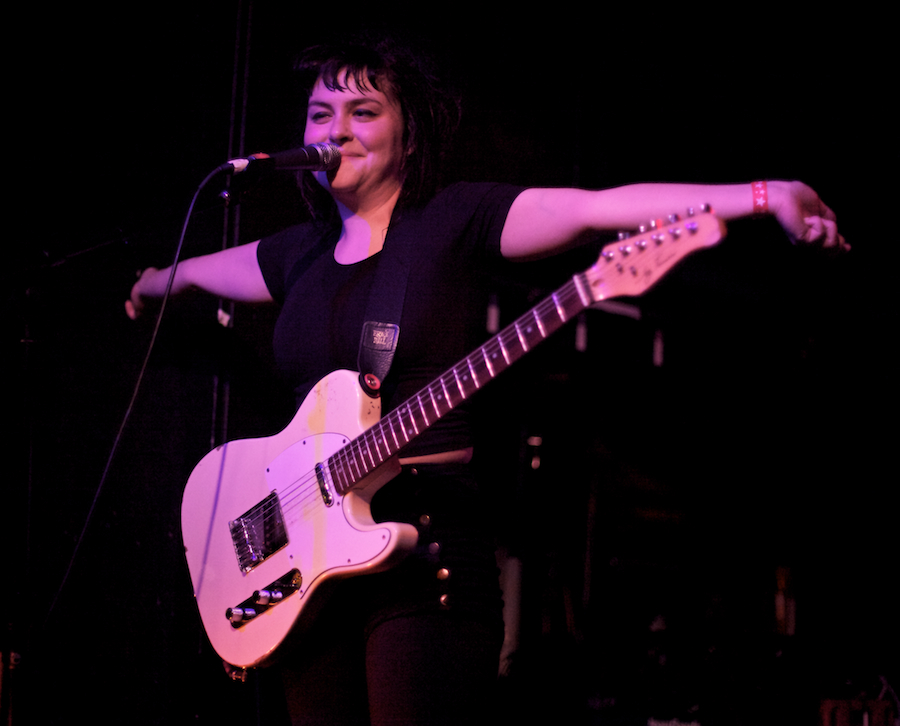 The lil engine that could-not 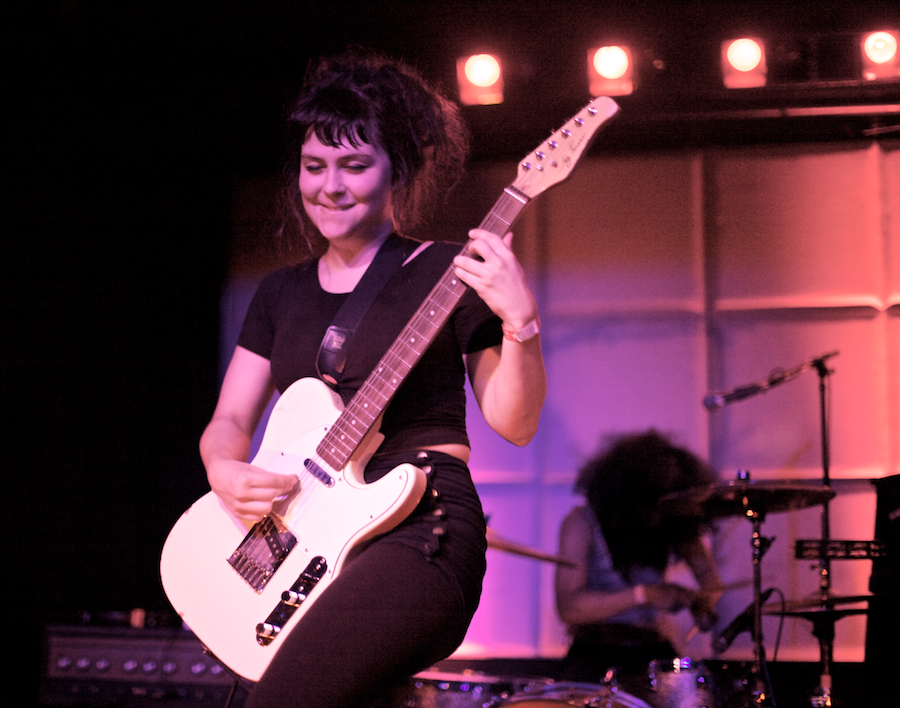 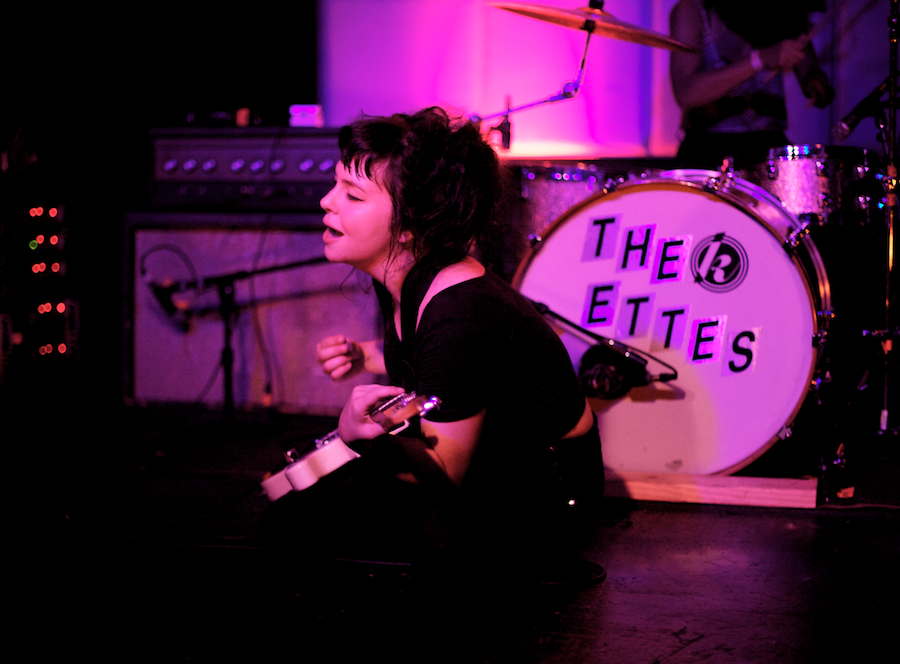 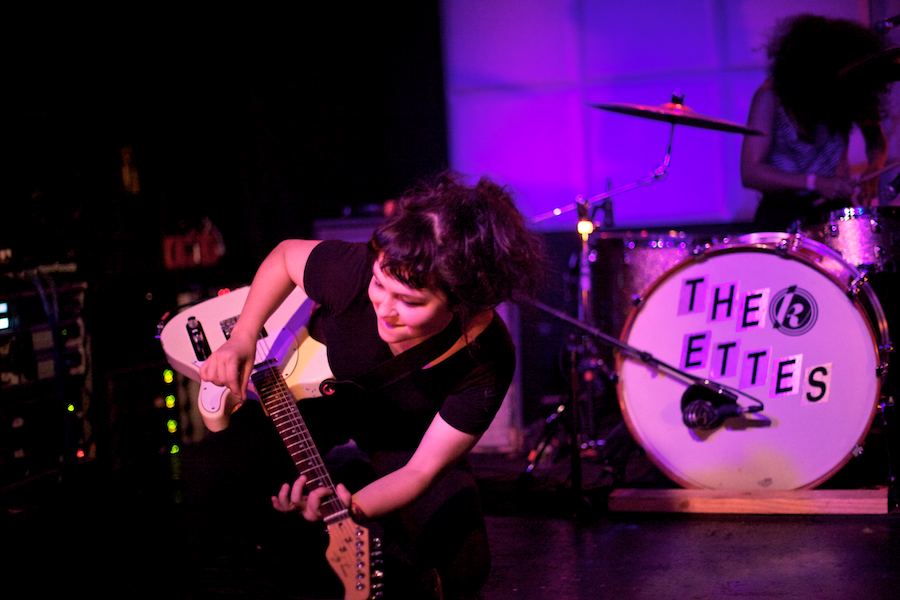 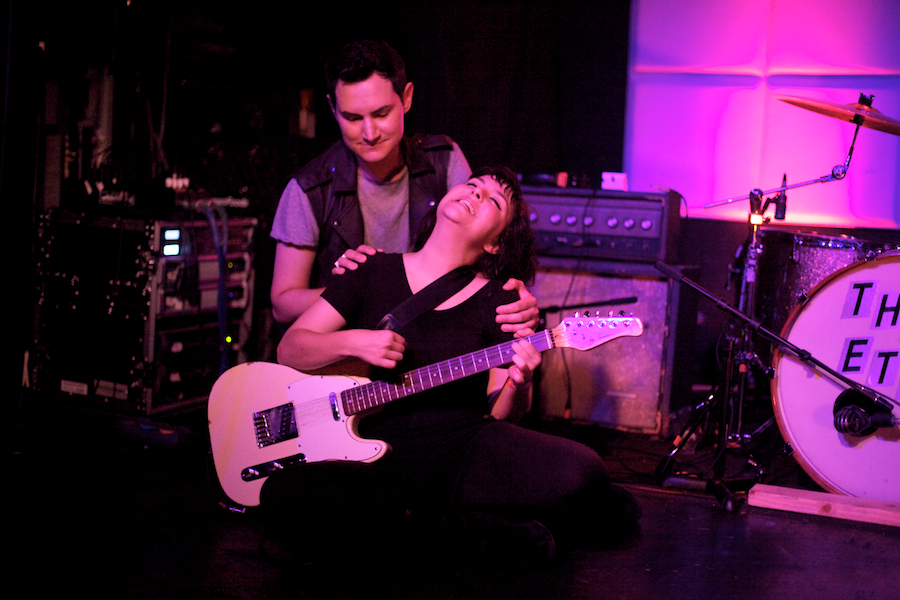