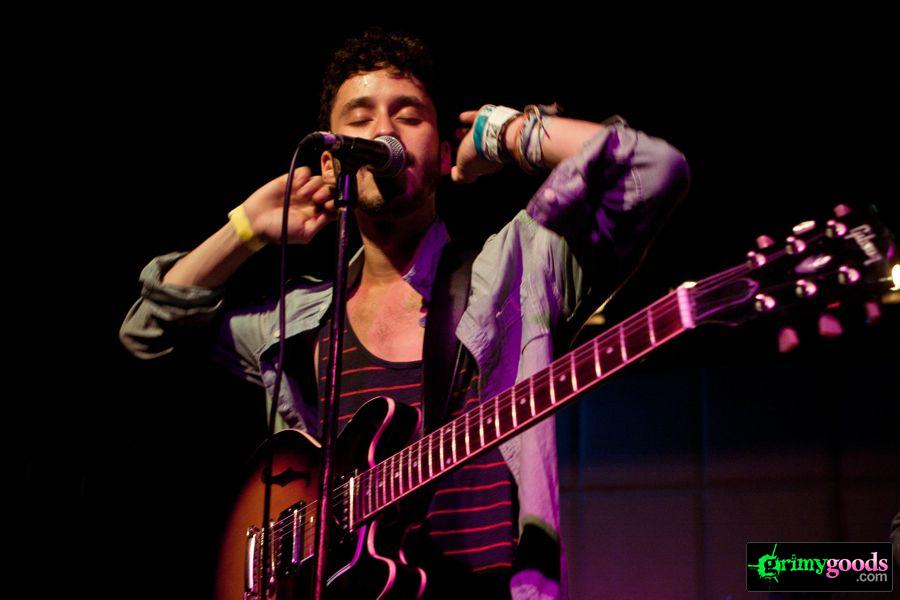 The Postelles at the Echo – Photo: Monique Hernandez

The NY-based indie rock quartet, The Postelles, are touching down in Los Angeles to provide fans with an amazing show filled with their highly addictive ’50s rock n roll vibes that interlace with ’60s pop beats. Fresh off their self-titled debut album that dropped earlier this summer, The Postelles are ready to show L.A. and its mega music scene just how nostalgic and carefree their music is.

The Postelles will be in concert with JJAMZ and Maniac on Tuesday, December 6 at the Bootleg Theater. It’s an 18-and-over show with tickets going for $10. Doors open at 7:30pm and The Postelles go on at 10:30pm. Grimy Goods have your hook up! Enter the contest below to score a pair of tix!

You must have a Twitter or Facebook to enter the contest. First make sure you’re following Grimy Goods on Twitter here and/or “like” our Facebook page here. We’ll pick winners on Friday, December 2. The winners will be direct messaged on Twitter or contacted below their contest entry comment on the Grimy Goods Facebook page. Winners will have until noon Saturday, December 3 to claim their win or the tickets will be forfeited. To increase your chances, enter the contest both ways!

Via Twitter: How did you hear about The Postelles? Send your Tweet to @GrimyGoods, mention @ThePostelles and be sure to use the following hashtag in your Tweet: #ContestTPB

Via Facebook: just leave a comment on the Grimy Goods Facebook page telling us how you heard about The Postelles? Be sure to mention The Postelles at Bootleg Theater so we know which contest you’re entering!

For more cool shows coming up at the Bootleg Theater, click here. To enter other Grimy Goods contests, click here.