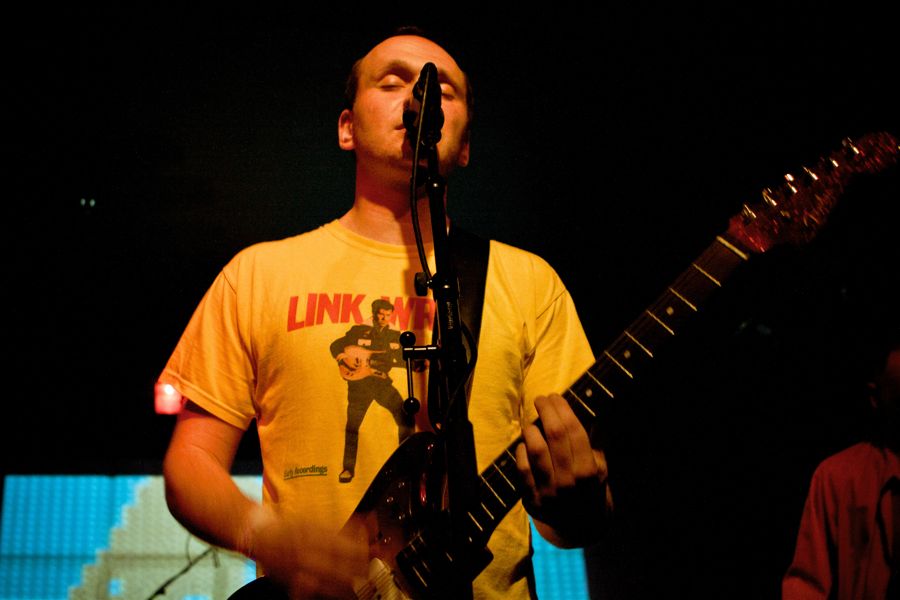 Named after a character in the class ’80s film The Karate Kid, Fujiya & Miyagi have been creating their Krautrock electronic jams since 2000 and they’ll be bringing their electro waves to L.A. on Wednesday, February 1, 2012 as they plat the Echo. Don’t miss your chance to experience their funky beats and pulsating synths that’s reminiscent of retro club music from NYC in the ’80s. Tickets to the show are $12 in advance via TicketWeb ($14 day of) and the show is 18+ and doors are at 8:30pm! Enter the contest below to win a pair of tickets!

You must have a Twitter or Facebook to enter the contest. First make sure you’re following Grimy Goods on Twitter here and/or “like” our Facebook page here. We’ll pick winners on Monday, Jan. 30. The winners will be direct messaged on Twitter or contacted below their contest entry comment on the Grimy Goods Facebook page. Winners will have until noon Tuesday, Jan. 31 to claim their win or the tickets will be forfeited. To increase your chances, enter the contest both ways!

Via Twitter: Send your Tweet telling us what’s your favorite Fujiya Miyagi jam to @GrimyGoods, mention @FujiyaAndMiyagi and be sure to include the following hashtag in your Tweet: #ContestFujiya.

Via Facebook: Just leave a comment on the Grimy Goods Facebook page telling us what’s your favorite Fujiya & Miyagi jam. Be sure to mention Fujiya & Miyagi at the Echo so we know which contest you’re entering!