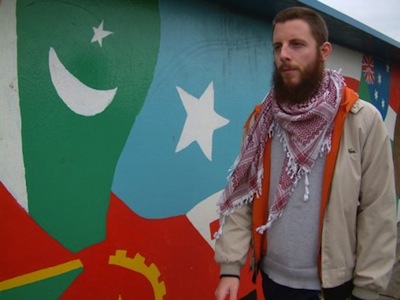 I’ve written and re-written this review about four times now. “Why,” might you ask? Because every time I think I have a bead on The Doozer, I find out something new about him that makes me re-think my earlier position. Below is a quick break-down of Doozer’s pros and cons:

Earlier on the Doozer’s career, he was a one or two-man affair—just voice and acoustic guitar, simple melodies, simpler accompaniment and lyrically and melodically breezy—almost unfinished. The Doozer seemed like a zen dreamer in an increasingly upright world. Nice, right? Well, Doozer’s new release Keep It Together adds some qualities that at first listen, play to his weaknesses rather than his strengths.

Keep It Together’s sound is drawn from sparing and simple drums, purposely unpolished backups and the occasional tuba. If that sounds like Arnold Layne-era Pink Floyd meets a Salvation Army band, then you’re getting the picture. Doozer’s songs have a naiveté that suits the ragtag, thrown-together style of the backup band.  Not dissimilar to mid-2000s Bright Eyes, there is almost a Klezmer or even a high school jazz band-feel to some of these songs. However, after repeated listens, the consistency of the ramshackleness becomes a positive trait.

There are some great experiments in naiveté in indie rock:  The Ramones’ three-chord teen anthems, Bikini Kill’s trebly screech—but the Doozer is certainly one of the first psych folk acts I’ve heard who strive towards studied amateurism. “Aluminum Dome” for example, features the least bluesy harmonica I have ever heard while “Jobsworth” features a squawking tuba taken straight out of a Sousa march. It’s fascinating.

The first time I heard each of these songs, all I could focus on was their primal qualities but frankly, after I saw Thurston say nice things, I gave it a second listen. Though it won’t be my favorite record of the year, its child-like playfulness really grows on you. Keep It Together maintains a whimsical amateurism that is charming—never cloying and really grows on a listener. I highly recommend giving this record multiple listens before making any decisions. 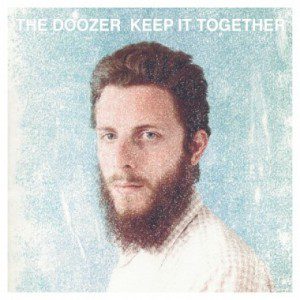 One thought on “The Doozer – Keep It Together – Album Review”