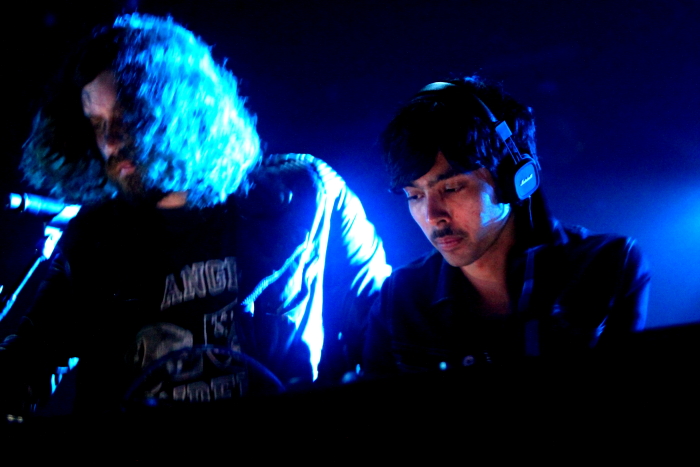 French DJ/Producer and Ed Banger Records label head Busy P, aka Pedro Winter, opened the Justice DJ set show at Club Nokia on Wednesday, April 18 with sick jams and lots of laughs. He busted out a variety of recognizable but not so obvious crowd pleasing tunes into the house mix, such as the Bobby Hebb 60s classic “Sonny” sung by Georgie Fame, Red Hot Chili Peppers’ “Suck My Kiss” as well as Queen’s “Under Pressure.”  Hilarious quips such as the one where he poked fun at famed Swedish DJ Avicii, made it feel fun, playful and comfortable—more like you were hanging at a hip European house party rather than at a packed club show, making for a brilliantly lighthearted set.

While they didn’t play too many of their own tunes this time around, dance punk masters The Rapture still rocked on with a straight-forward second set spanning a variety of electro pop and house that had the crowd shaking their groove thangs to some fatty fast beats. With never a moment’s rest, their set raged with falsetto singing and pop fervor accented by subtle drops and slick filter sweeps. I would have loved to hear more off their new album, In the Grace of Your Love, however, it was all smooth sailing straight through until Justice swept in for the kill!

The dynamic French duo took to the stage and the roar of the crowd’s hooting and hollering definitely propelled them into a strong set. From the raw hyper active moments to the slow forward of fist pumping (and I ain’t talking Jersey shore style), Justice rocked everybody’s face off. They delved into a 90’s blast from the past playing “Block Rockin’ Beats” by the Chemical Brothers which soon transitioned into Justice’s own popular tracks “Phantom Pt. II” and “D.A.N.C.E.” to name a few. The crazy beat drop of the Junior Senior classic “Move Your Feet” shortly after kept the crowd moving strong, all that dancing could’ve easily been one’s workout for the week.

With cigarettes dangling from their mouths and casual back-and-forth movements on the decks, Justice almost made the crowd believe that the dancing was coming to an end when the lyrics “the party’s over Los Angeles” began to boom repeatedly from the speakers. Luckily, it was only a ruse just as hesitation struck the crowd and the dancing slowed down slightly, they built it back up with strong bass-ified momentum culminating the set with the simple unifying message of “We are your friends, and you will never be alone again” from the Justice vs. Simian re-mix. That track brought the dancing crowd together in perfect sweat swaying unison.  And while there wan’t any giant glowing crosses on stage as is usually typical for the duo, ultimately there was no need for any visual distractions because one really couldn’t ask for much more of a bumpin’ DJ set. 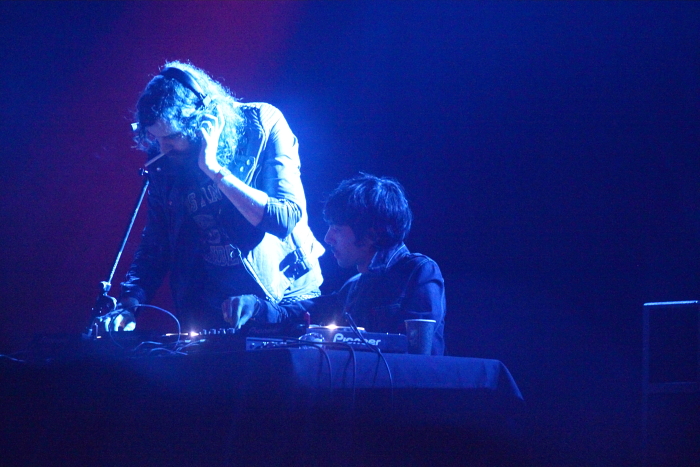 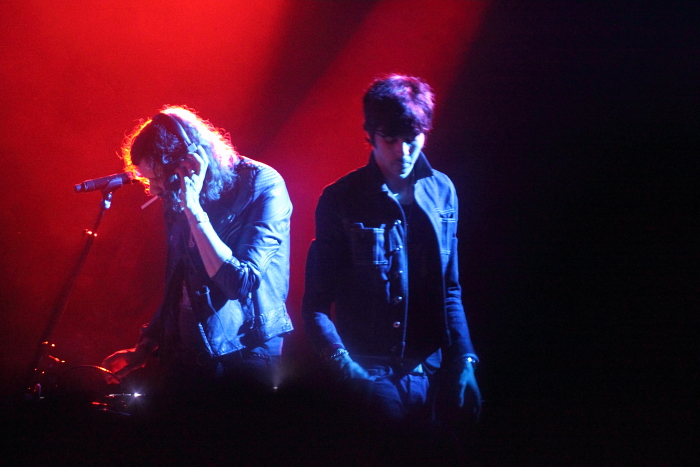 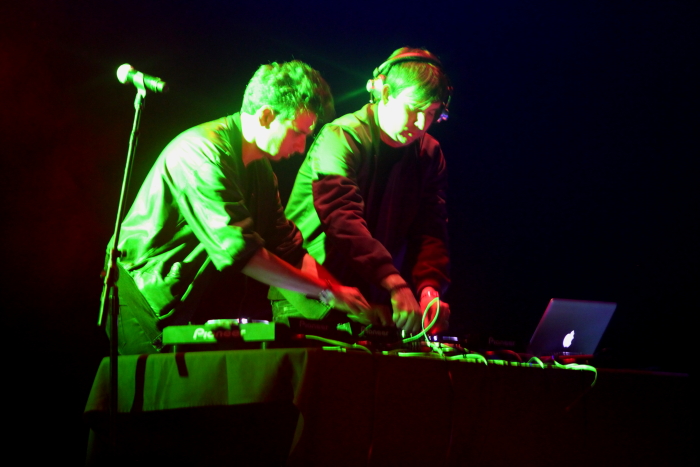 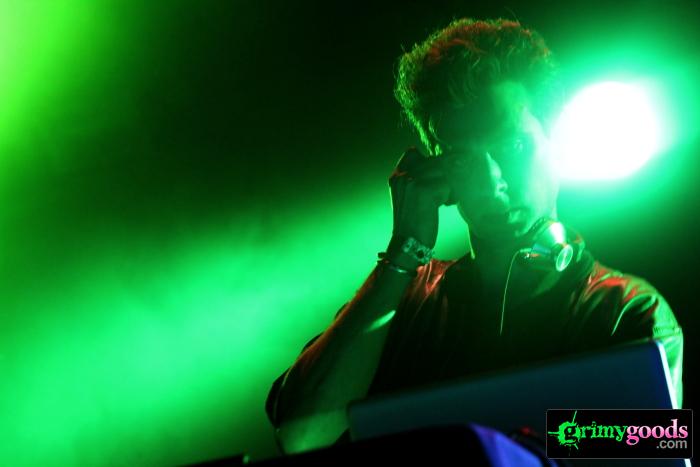