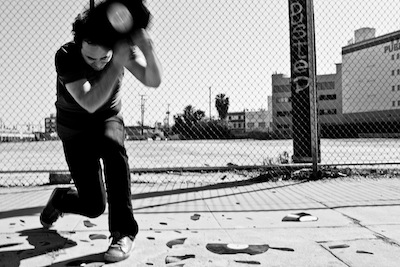 It has been six years since renowned turntablist, Cut Chemist, has released any new original music, but the former Jurassic 5 member has just released his Outro (Revisted), a four-track EP that includes the original track, with an instrumental and two remixes. He recorded the track as an ode to the tough times he faced after being released from jail.

The song starts off with someone saying, “I feel the earthquake coming,” before going into a hard-hitting episode of beats with fast spitting rhymes that go on for almost a minute without a break before starting up again in the same tempo. All the while that bumping percussion thumps in the background in unison with the rhymes. A crazy drum solo that bends in some jerking vinyl scratches takes control near the end of the two-minute track. It ends just as hard as it began. All that heavy bass in your face is provided by Mars Volta’s Deantoni Parks and Weapon of Choice’s Lonnie Marshall, who both infuse the track with with a rock ‘n’ roll backbone, while L.A.-based rapper Blackbird gives it some attitude. The instrumental is all of the above intensity minus the lyrics (obviously). It’s a dope track for all you aspiring rappers to bust a rhyme over.

The “Outro (Bonus Beats Version)” is practically an instrumental with a few more scratches laced over it and some distorted vocals, which are very minimal. Then you have the “Outro (Dub Version)” with even more distorted elements to the heavy beats that zip in-and-out from the original track. You’ll feel as if you’re in a psychedelic musical acid trip with this track. It’s super fresh.

“Outro (Revisited)” is the first single from Cut Chemist’s new album Die Cut, which dropped earlier this month. Whether you’re into slick rhymes, booming instrumentals or some funky dub beats—Outro (Revisited) comes in scorching hot for all flavors of the genre gumbo. It was already a dope track to begin with and it’s now available in four very appetizing flavors. Check it out! 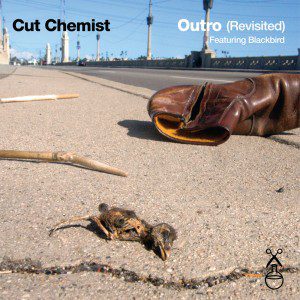