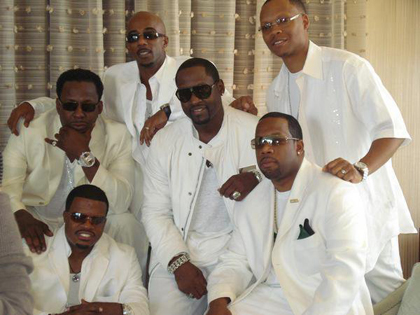 Check it all you old school R&B fans! New Edition will be crooning at the  NOKIA Theatre L.A. LIVE this Sunday, June 24 and here’s your chance take a stroll down memory lane and see them live! Legendary recording group New Edition, which consists of Ronnie DeVoe, Bobby Brown, Johnny Gil, Ricky Bell, Ralph Tresvant, and Michael Bivins, will reunite to celebrate 20 years as a group again. Laying much of the groundwork for the fusion of hip-hop and R&B known as new jack swing, New Edition will perform songs both old and new at their Los Angeles appearance!

Tickets to the show are $49.50 – $139.50 with doors opening at 7pm and the show starting at 8pm. Thanks to the good people at Goldenvoice we have a couple of pairs to give away. Enter the contest below for a chance to win!

You must have a Twitter or Facebook to enter the contest. First make sure you’re following Grimy Goods on Twitter here and/or “like” our Facebook page here. We’ll pick winners on Thursday, June 21.  The winners will be direct messaged on Twitter or contacted below their contest entry comment on the Grimy Goods Facebook page. Winners will have until 10am Friday, June 22 to claim their win or the tickets will be forfeited. To increase your chances, enter the contest both ways!

Via Facebook: Just leave a comment on the Grimy Goods Facebook page telling us why you dig New Edition’s music. Be sure to mention/tag New Edition in your post and the NOKIA THEATRE LA LIVE.