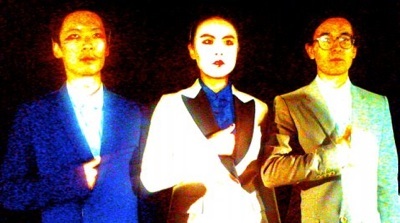 L.A. trio, ESP, self-released their six-song, self-titled EP on August 28, 2012. Brother/sister duo Aska and Seiya Matsumiya take charge on the keyboards/vocals/electronics while Bobby Evans provides backbone with the drums/additional electronics, bringing us a teaser of tripped out tunes that crisscross through experimental dream pop and shoe-gaze soundscapes with mesmerizing ease.

The title-track starts off with a slow synth lull and seemingly out of place snare hits but somehow transforms halfway through into a catchy, subtly upbeat instrumental, ushering in a world of synth-filled wonder. And it’s no wonder that this song flows right into the aptly titled “Wonder Wonder” – a song whose tribal drum groove falls in line with soft, yet staggering vocals. The synth-ergy (synths + energy), intertwine noise and refinement, as ‘bleeping’ noises give way to a haunting melody and ‘ah ahs’ ring out, swiftly transforming into something different as they drift into reverb funneled oblivion. “Serenade” is the other standout track in my mind, with distorted vocals that draw you in — but not so much for the lyricism as for the persuasive rises and falls, cries and whispers that swoon with a sensitive desire. The vocals lend themselves as a replacement for a guitar or other instrument. “Serenade” is that addictive, new wave track with snapping percussion and bolstered bass grooves, hard to deny yourself from head bopping and shyly tapping your feet.

The group’s sound feels reminiscent of Blonde Redhead and Enon but without the grit and force of male vocals/harmonies and driving rock guitars. The EP never comes across unnatural or as if it’s trying too hard but it feels a tad unfinished.  The latter half of the EP is less satisfying after such a strong start, a musical journey without a fully recognized or definitive destination. The band’s bold and bright visual aesthetics are an unmistakable stimuli, but whether it truly helps to fulfill any sense of extra sensory perception or status of elevation, in addition to the music, remains a question in my mind.

With every band in L.A. trying to sound like the next redundant indie-pop act gracing the airwaves of 987FM or KROQ, ESP are a refreshing new flavor of experimental electro. They are certainly not afraid to be different, push limits and think out-of-the-box to create music that is complex, yet absolutley engaging. They’re not playing it safe by sounding like every other indie-pop band, and that is a great thing. I patiently await more forthcoming releases from ESP to gain a better sense of where this is all going.  In the meantime — I’ll enjoy the dreamy, musical escapism that the ESP provides, but I may need to take more drugs first. 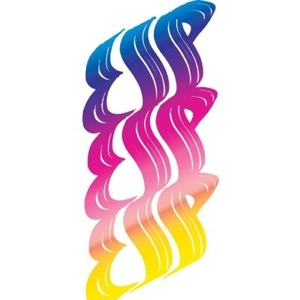