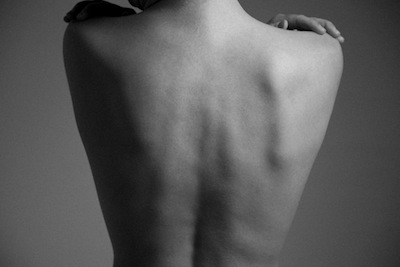 Straight up, the term “rock ‘n’ roll” means sex. Before Chuck Berry, Ike Turner and Little Richard, when someone said rock ‘n’ roll, they weren’t talking about music; they were talking about the deed. Early rock music was f#cking, and f#cking was rock music. And that’s exactly why parents and pastors alike were dead set against this new genre of music.

But somewhere along the way, rock ‘n’ roll lost its way. Contemporary pop music is sexual to a fault. The awkward, forced sexuality of some of today’s pop stars almost seems like a potential screaming at you; “Let’s have sex!” two inches from your face.  Not very appealing, huh?  But somehow, good old-fashioned rock music has been slowly but surely neutered like a six-month old dog. This is particularly true of indie rock (not all indie, but most indie). Maybe because the brainy, introspective types who are predestined to make and listen to indie have traditionally been brainy, introspective teens and therefore less likely to have traditionally randy teen-hood.  Maybe it’s rebelling against titillation and the commodification of sensuality so prevalent in modern culture and capitalism. Maybe it’s something else, however, we indie rockers should not be throwing away the baby with the bathwater. Sex is awesome and there is no reason to for indie rock and sensuality to work hand-in-hand.

L.A.-based electro collective Rhye, have gotten this message loud and clear. These dudes make bleeps and bloops that ooze sensuality at every turn, equal parts relaxed, post-bliss and futuristic curiosity that really lends the music a true tactile, sensual quality. There is a seeming contradiction of luxury and sparseness to most of these tracks, like extravagant high-thread-count sheets on a Spartan bed in an ultra modern bedroom. Let it be known, Rhye knows how to romance their fans.

Those that find mystery will be glad to know that for a long time Rhye was able to keep its likenesses and names out of the pubic eye, allowing listeners to make their own minds and bodies draw their own conclusions as to who and what was making this music.  However, details are starting to spill out. Canadian vocalist Mike Milosh and Danish DJ /Quadron main-man Robin Hannibal are the prime contributors (with help from lots of engineers and remixers) but bio details are not needed, Milosh’s soulful but sweet tenor and Hannibal’s clear and patient chilled beats set the mood. Woman is static and wordless but Milosh’s oohs and aahs come on like a modern-day Sam Cooke.

“Hunger” sounds more like Chromeo playing a Washed Out cover. I could see someone banging this upbeat bedroom groove by a pool at a summer party or on someone’s doing-it mixtape. “Shed Some Blood” is equal parts classic Barry Gibb and New Jack lover man, Al B Sure and 808 80s Bronx ballad drum machine. This album is designed to sexxx you and it delivers on its promise. While the beats are dope and breezy, the star here is the singing. Canada-by-way-of-Berlin, Milosh’s voice is smooth with a capital “S” and somewhere between an old school falsetto and, dare I say, Robin Thicke.  He never over sings or “lays on the soul,” he just allows his voice to envelop you and talk you into doing stuff you know you shouldn’t do.

I’m super glad these super busy guys found the time to make an excellent record, and all you lovers out there will be super glad these guys brought the sensuality to indie; where it should be! 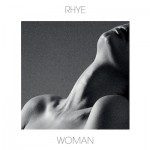