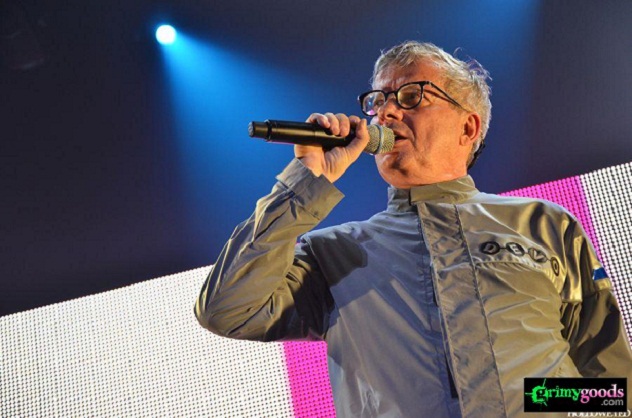 You know them as one of the most influential New Wave bands of the 1970s, notorious for their quirky sense of style, and dance floor hits like “Whip It” – it’s none other than Devo! We last caught them at Club Nokia in 2011, and now the band will be performing at the Natural History Museum‘s 100th Birthday Bash, along with Wu-Tang Clan’s GZA/The Genius, Sunday, June 9.  GZA/The Genius is not only a founding member of Wu-Tang Clan, but has successfully maintained a solo career producing songs such as “Breaker, Breaker” and “Liquid Swords.”  One thing’s for sure, this birthday bash ain’t nuthing ta f’ wit!

Tickets to the show are $25, show starts at 6:00 pm and is all ages. You can purchase your tickets here or take a stab at winning a pair by entering the contest below, courtesy of Spaceland Presents and Grimy Goods.

First make sure you’re following Grimy Goods on Twitter here and/or “like” our Facebook page here. Next, email ggcontests@gmail.com with your full name for guest list and a clever reason why you want a pair of tickets to Devo and GZA/The Genius at the Natural History Museum!  When you’re done with your email, send us a Tweet so we know you entered the contest or you can post on our Facebook wall. We’ll select a winner that has done all of the above mentioned. Winners will be announced via email, Facebook and Twitter on Thursday, June 6.  Winners will have until 12pm Friday, June 7 to reply back to our email and confirm their win.

FACEBOOK: Just leave a comment on our wall letting us know you entered our contest for tickets to Devo and GZA/The Genius at the Natural History Museum on 6/9.

For more cool shows coming up at the Echo, click here. To enter other Grimy Goods contests, click here.