Back in April, our friend and fellow music photographer, Marcelo Ambriz, had told me about his friend’s band, the Moth & the Flame. At the time they were playing a show at the Silverlake Lounge and he had sent me the link to their “How We Woke Up” video and I was thoroughly impressed by these Los Angeles newbies (formerly from Utah). In just a span of five months, the Moth & the Flame are now on a European tour with Imagine Dragons and have also played some of L.A.’s best breaking underground venues such as the Echo and the Satellite, as well as some music festivals. That’s a very nice stride from the not-so-great line-ups we find at the Silverlake Lounge. It goes to shows, there are always some diamonds in the rough.

This past Thursday, the Moth & the Flame headlined the Bootleg Bar as a celebration for their EP debut. Working with the band on their new EP was Joey Waronker (Beck, Ultraista, Atoms for Peace); and let me tell you, that debut EP is damn good. You can listen to their single “Sorry” below and cop the EP on Nov. 5 or at one of their shows.

This Bootleg show was a great send-off to the Moth & the Flame’s European tour with Imagine Dragons. It was a good turnout at the Bootleg and the crowd just seemed to devour the band up, loving their new tunes. The Moth & the Flame are currently working on their sophomore album with New York producer, Peter Katis (the National).

The Moth & the Flame are comprised of Brandon Robbins (vocals and guitar), Andrew Tolman (drums), and Mark Garbett (keys and vocals). Not only do these guys create some fresh and fine crafted tunes, but they’re also quite easy on the eyes. Go check them out when they return to Los Angeles this mid December. 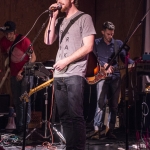 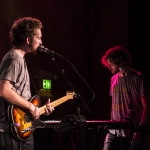 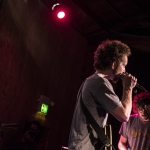 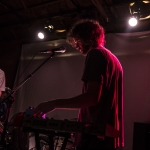 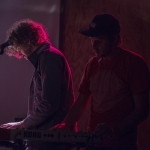 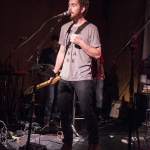 4 thoughts on “Hot Band Alert: Photo & Review of the Moth & the Flame at Bootleg Bar”