If you were at El Cid this past Wednesday, you may have thought you fell inside a wormhole and was transported to a different era. Upon arriving at El Cid, we were greeted by an array of motorcycles. From vintage cafe racers to your wide hipped baggers, the evening was already coming correct. As soon as we walked into the dense outdoor patio, it looked like we had just entered a 70’s biker dive. There was long hair, beards and fitted jeans everywhere. Even the babely femme fatales in the crowd looked like they just came from a party at Stevie Nicks house. Where did all these vintage rock vibes come from? Well, one of L.A.’s top emerging bands of 2014, Jesus Sons, were premiering two of their new music videos as well as putting on a live show with fellow shredders, Santoros (who also are a local band on the rise).

Kicking off the evening with some vibey rock ‘n’ roll tunes, all seven members of Santoros took the stage. Delivering a fun dose of groovy psychedelic rock tunes, Santoros had the crowd dancing in minutes. With their bouncing guitars, echoing tambourine and bits of harmonica — Santoros gave fans an extra special treat when they switched leads (watch the video here). Rotating throughout their set to perform a set of Spanish songs, as well as numerous English numbers, the men brought the variety and they brought it damn well. Santoros are currently working on their first full-length record and it’s coming in both English and Spanish versions. You can catch them at Harvard & Stone on Jan. 23 with Matt Taylor of the Growlers.

Following Santoros’ set, Jesus Sons premiered two new videos for their songs “Who’s Around” & “Don’t Wanna Die” both off their debut album which is set for release January 28 via Mock Records. Both of the music videos were shot in classic black / white Super 8 film. Yeah, how badass is that? Shot and directed by motorcycle enthusiast, and talented woman behind the lens — Toastacia Boyd impressed the masses with both of Jesus Sons’ new videos. The videos will be online soon enough; expect beards, beers, babes, booze, and some very fun moto mayhem.

Taking center stage and closing up the evening’s performances, Jesus Sons rocked our boots off. Playing songs from their debut album, the long-haired hellions brought that good ole American blues and garage rock like it was nobody’s business. There were jangling guitars, a lot of harmonica, thrashing drums, and a lot of dancing. By this hour, the booze had settled in our blood and was getting the crowd moving and grooving to the whiskey soaked tunes of Jesus Sons. Girls had their hands in the air as the fringe from their dresses dangled below them. The vibe was hot and the music was loud and proud. Jesus Sons closed their set with quite the track shredder. Almost forming into a horizontal line, the band made those guitars sing and there was some serious amp love going on. I forgot his name (because I was a bit tipsy), but the guitarist positioned on stage right was an absolute shredder, getting down on his knees and making those strings wail as he turned his back to the crowd and gave his amp some love. We love that shit. Watch a clip from Jesus Sons’ performance, here.

Check out our photos of Jesus Sons and Santoros!

For more photos of Jesus Sons and Santoros, click through the photo gallery below! 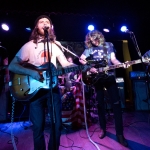 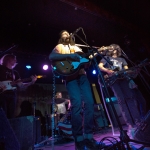 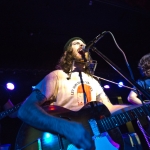 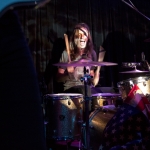 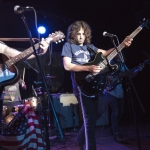 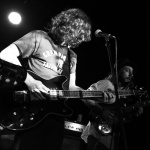 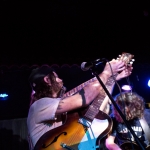 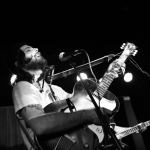 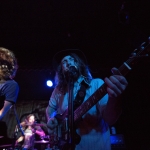 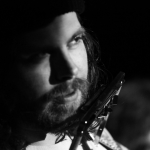 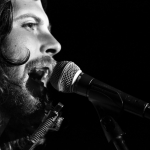 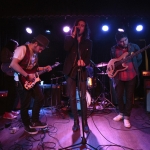 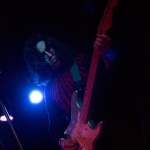 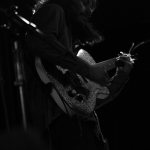 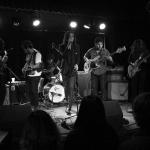 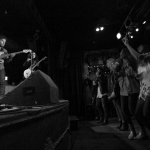 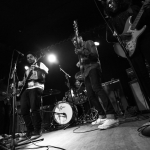 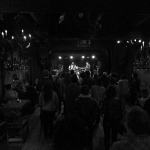 6 thoughts on “PHOTOS: Jesus Sons and Santoros rockin’ and rollin’ the El Cid!”