From Los Angeles, electronic duo De Lux made their Echo debut this past Thursday. The band, already signed to Innovative Leisure made our recent list of “top emerging L.A. bands to watch in 2014” and they lived up to their forecast with an electrifying set. If you weren’t there, you’ll wish you were later.

First up at the Echo were local favorites, Beach Party. The place was pretty empty, but Beach Party played on with their tight set of surf and garage punk tunes. It’s always a good sign when band members share lead vocals and with Beach Party, we enjoyed how the guitarists would trade off on vocals, kind of like Fugazi at times. Beach Party’s cover of “Heart of Glass” by Blondie was a sure highlight of their set as was “Can’t Surf”.

Up next on the Echo stage, were San Francisco’s A Million Billion Dying Suns. Slowly, the East Hollywood show-goers were trickling in and the Echo began to fill up. And it’s a good thing it did because these guys were fucking awesome. The singer/guitarist was a super shredder. There were a lot of crazy guitar solos to go along with their heavy grooves; think Wolfmother lost in a psychedelic exploration of cosmic sounds. We hope they come back to Los Angeles real soon.

Closing up the evening with a more than packed house, De Lux took the Echo by an electro storm as the main event. After listening to their EP, I wasn’t sure how they would fit in with the other bands’ styles. Their EP is very electronic and synth-based with a post-disco sound. I was surprised and stoked to see that they had added a full live band to their performance line-up instead of just performing as the electronic duo composed of multi-instrumentalists Sean Guerin and Isaac Franco. While I enjoyed their EP, De Lux are way better live and with a full band. On the EP, you can kind of hear some Talking Heads influences, but it all really comes out live. They also sound a bit like Poolside.

Sean, the lead singer of De Lux, seemed a bit shy at first. I think he was a bit pleasantly surprised at the turnout, even saying to the crowd, “this is awesome”. As they moved through their set, the band loosened up and you can see that Sean grew more comfortable. There was not as much dancing as I expected, but everybody in the place was bobbing their heads. All-in-all, De Lux were super tight and super groovealicious. Do not miss out on seeing them live the next time they play a show near you.

Check out our photos of De Lux at the Echo with a Million Billion Dying Suns and Beach Party! Click here to download De Lux’s debut EP for free.

For more photos of De Lux with a Million Billion Dying Suns and Beach Party, click through the photo gallery below. 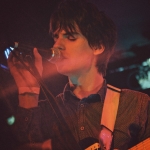 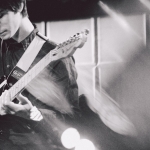 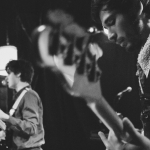 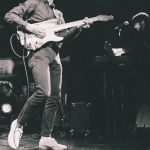 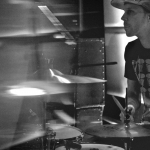 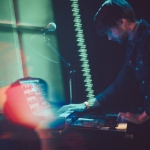 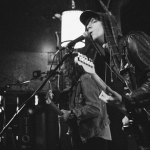 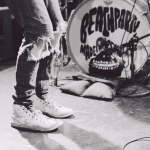 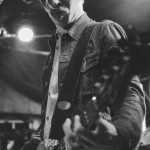 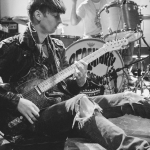 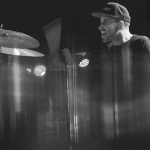 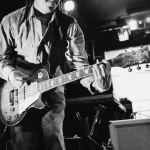 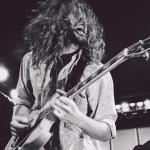 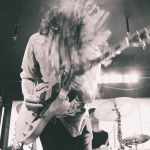 5 thoughts on “PHOTOS: De Lux jam-pack the Echo for their highly anticipated debut!”