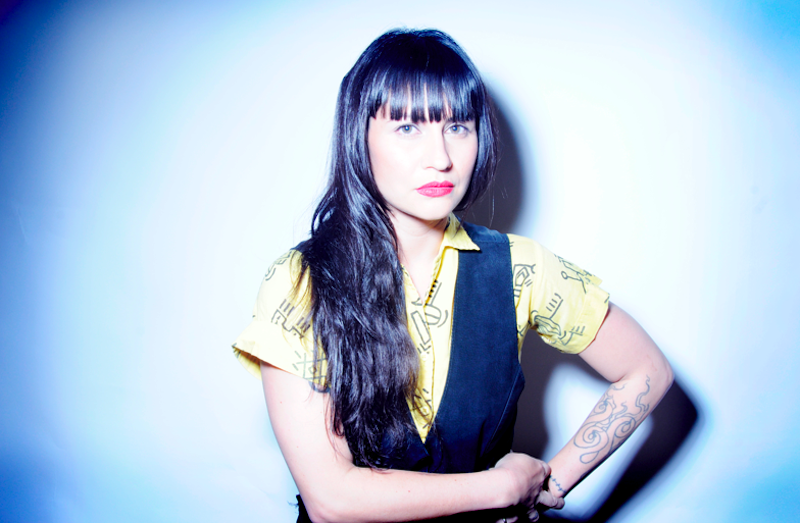 Seems like yet another drummer has stepped out behind their drum set and moved up to the front of the stage. Late last year Sandy Vu from Dum Dum Girls formed her own band (check our our album review here!). This year, Vivian Girls’ drummer Frankie Rose has her own solo project coming to The Echo on Sunday, February 2. Rose released her first single “Thee Only One” back in 2009, gaining her public attention and following up with “Sorrow” off her sophomore album, Herein Wild. Make sure you catch this cutie along with supporting acts Dream Boys and Devon Williams.

Tickets are priced at $10-$12, doors open at 6 PM and is all ages. You can purchase your tickets here or enter our contest below to score a free pair!

First make sure you’re following Grimy Goods on Twitter here and/or “like” our Facebook page here. Next, email ggcontests@gmail.com with your full name for guest list and a clever reason why you want a pair of tickets to Frankie Rose at The Echo. When you’re done with your email, send us a Tweet so we know you entered the contest or you can post on our Facebook wall. We’ll select a winner that has done all of the above mentioned. Winners will be announced via email, Facebook and Twitter on Friday, January 31. Winners will have until 10am Saturday, February 1 to reply back to our email and confirm their win.

FACEBOOK: Just leave a comment on our wall letting us know you entered our contest for tickets to Frankie Rose at The Echo on 1/25.