Is Redbull trying to take over the world? Between skydives from space, record releases, all the wings they’ve distributed and now, non stop, nationwide music events that showcase, non obvious, non mainstream indie bands to jacked up hipsters all across the country, it certainly seems that they are tightening their grip on youth culture in America.

What does one do with this type of power and influence? They book Holy Fuck to make the rarest of west coast appearances at the Roxy on a regular old Thursday in West Hollywood. A gentleman stopped me mid stream in the lavatory to discuss what a momentous occasion this was for him to finally see Holy Fuck live. After washing our hands, we shook them (our hands, that is) and made our way to the floor.

The curtain raised at the Roxy to reveal some gentlemen on stage amongst a sea of ¼ inch cables and various devices one would never think to use as musical instruments, such as a butter knife being utilized as a violin bow or some type of makeshift slide on a lap steel guitar. It’s hard to imagine any road crew with enough patience to plug all those cables into their proper input/output but their “frontman” Brian Borcherdt definitely knows where to put them. He and Graham Walsh twisted the crowd into a dancehall frenzy as they twisted the knobs on the multitude of modules and mixers that they had in front of them. The battery of “Punchy” McQuaid and Matt Schultz laid down their foundation of bass guitar and drums as unsung heroes on the frontline in the battle between electro and traditional rock. And when it was all said and done, we were all happy and sweaty.

Not any less impressive were the supporting acts that Redbull booked to warm the crowd up. Wunder Wunder with their psychedelic brand of techno rock has a drummer that looks like he is having more fun than anyone in the building. Once the room started filling up, their energy level went up as well. The room was packed and ready once James Supercave took the stage. I can tell you that the buzz around this L.A. based band is justified. I wouldn’t normally be the guy who would enjoy the mix of funky, disco rock but Joaquin Pastor really has the voice of an indie angel and I found myself wanting to cuddle with him and let him know that everything was going to be ok. 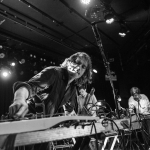 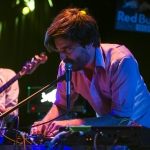 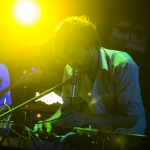 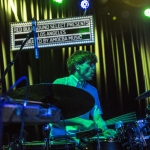 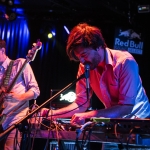 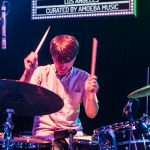 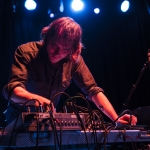 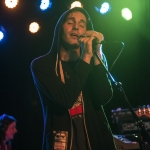 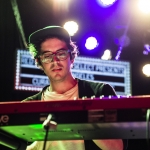 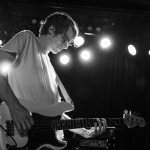 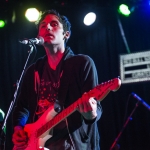 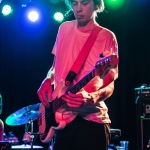 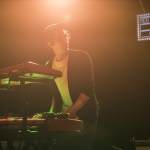 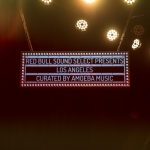 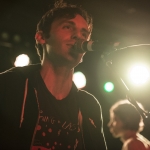 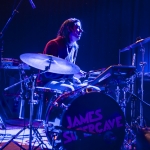 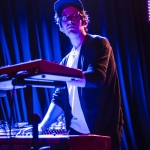 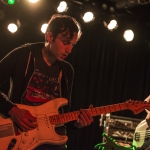 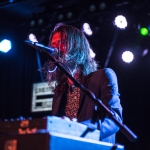