Die Antwoord made their return to Los Angeles last night with quite the eccentric “zef” rap performance at the Fonda Theatre. As expected, the show was freakishly weird and full of intense energy. Fronted by vocalists Ninja and Yolandi Visser, the two may come off as couple of bizarre rap creatures, but they sure know how to put on show. Die Antwoord have an intoxicating stage presence and truly get the crowd wrapped up into their naughty fantasy world. Rapping fierce into the crowd’s faces, Ninja took a plunge into the crowd and began to surf amongst a sea of bobbing heads and flailing hands. Combine that with their zany style and creepy visuals (show kicked off with a video of an evil Benjamin Button-looking baby just staring at you) and you got yourself one extraordinary performance that will never bore you.

Check out the photos below of Die Antwoord at the Fonda Theatre! 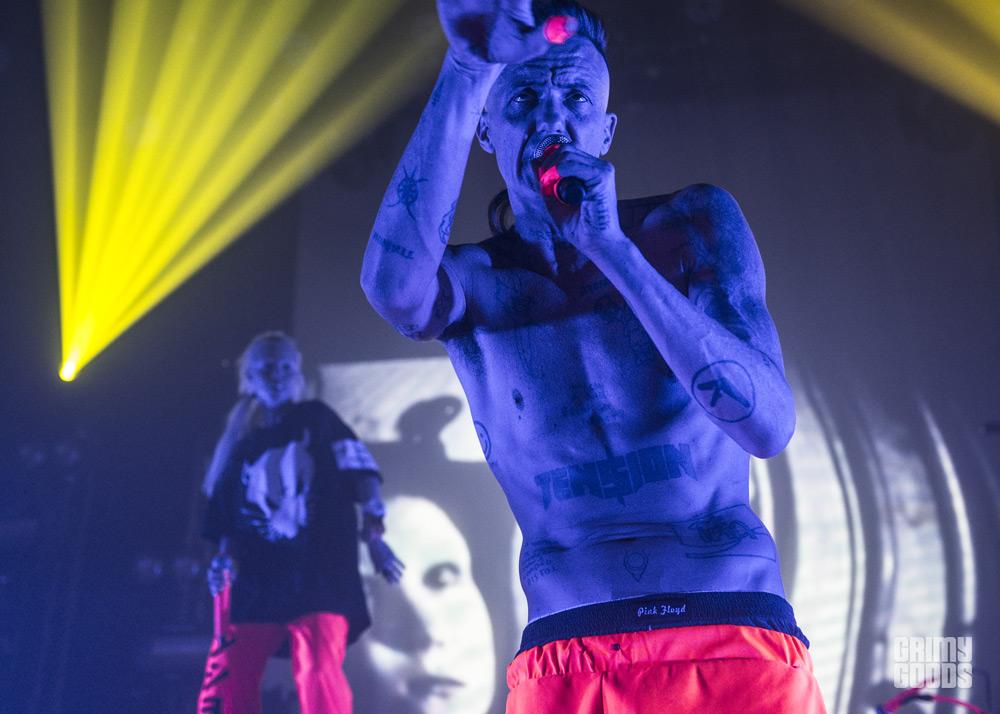 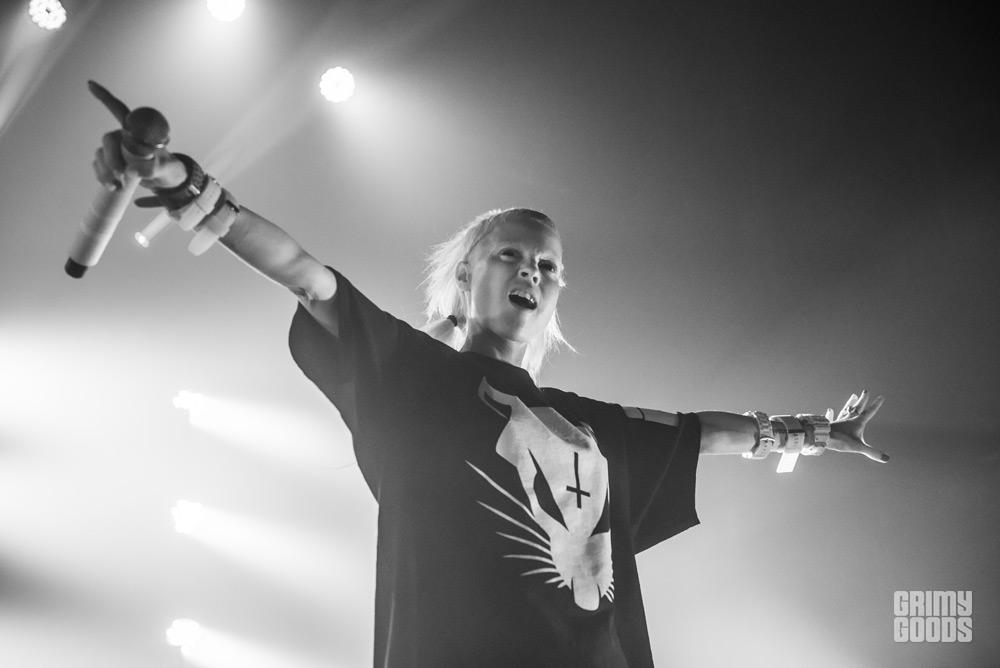 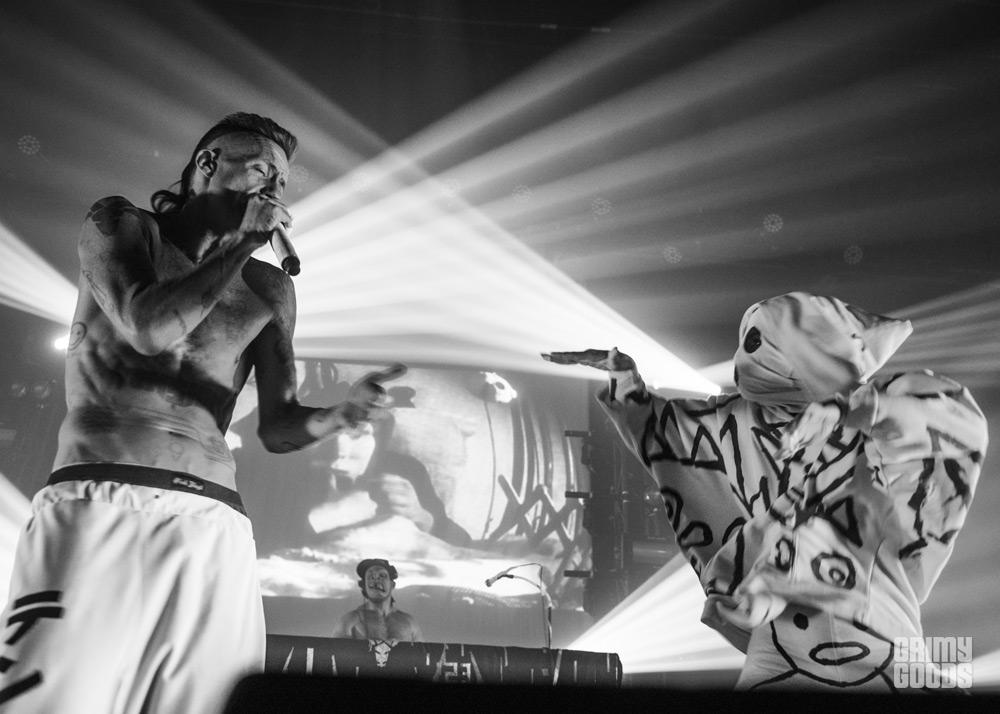 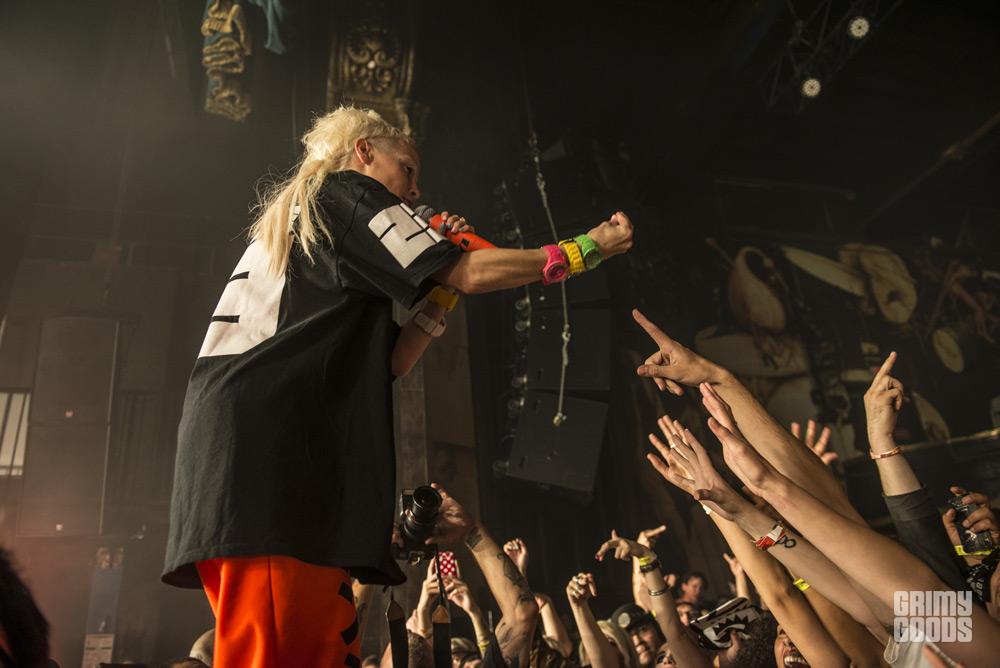 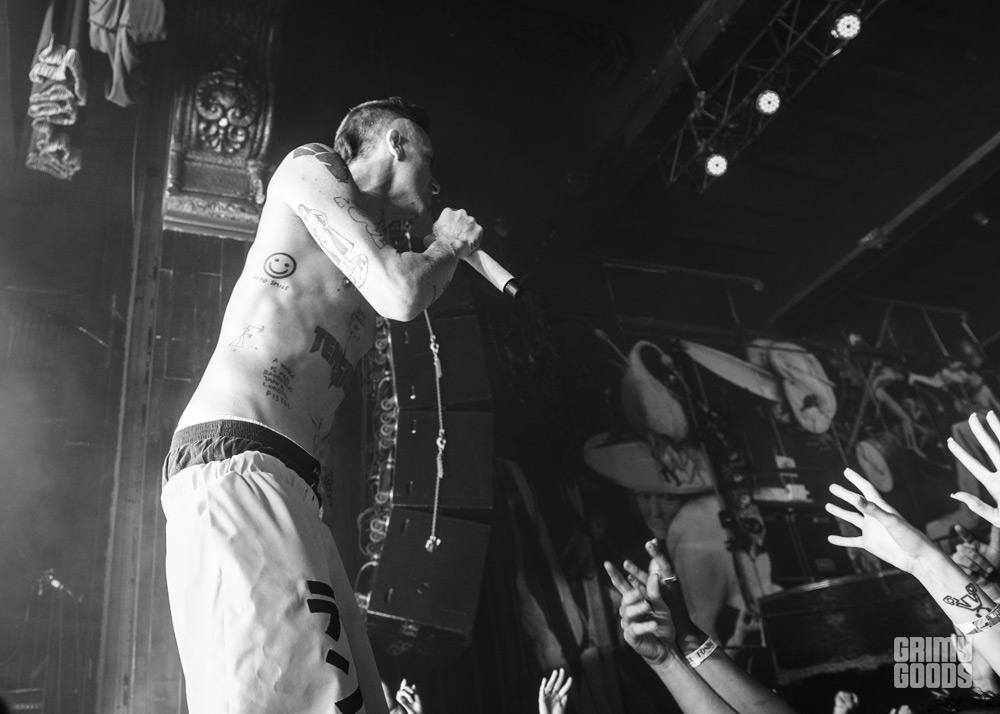 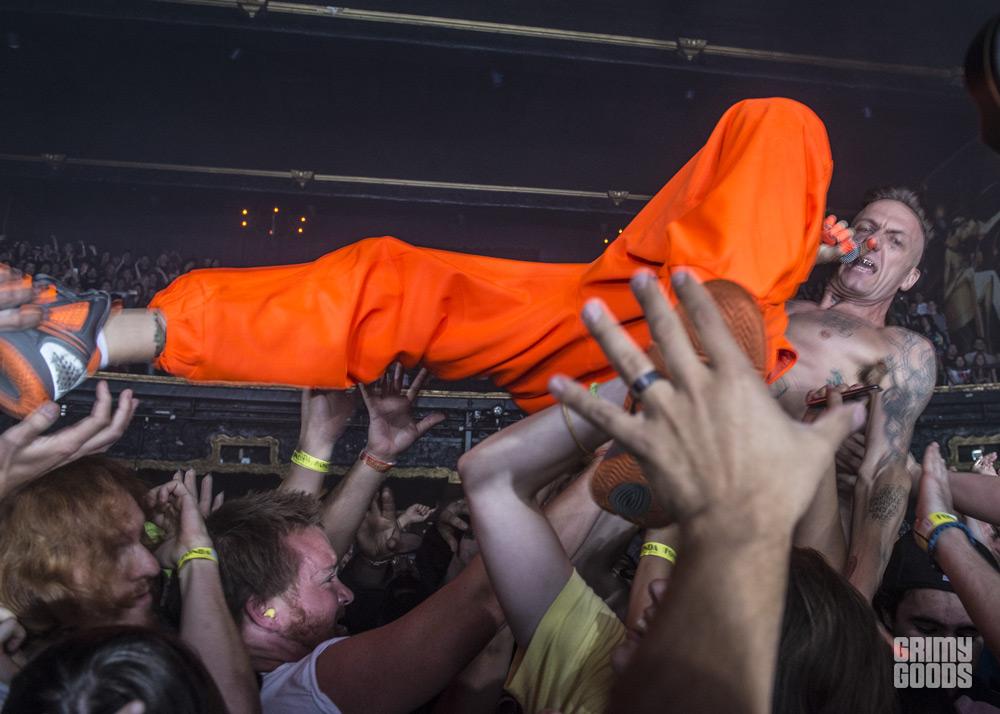 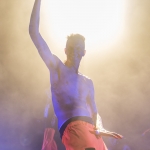 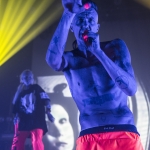 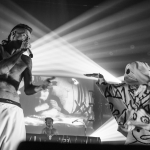 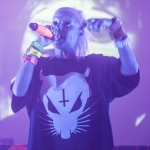 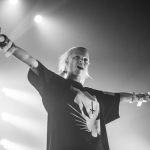 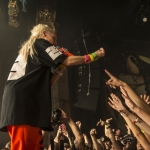 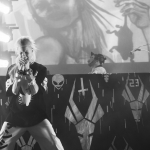 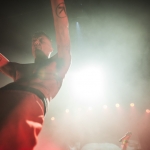 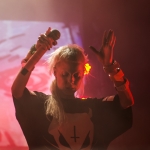 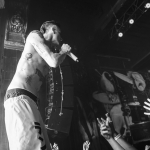 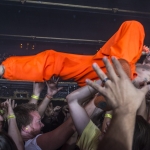 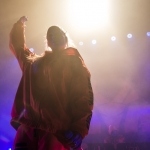 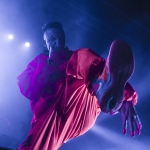 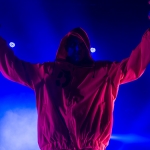