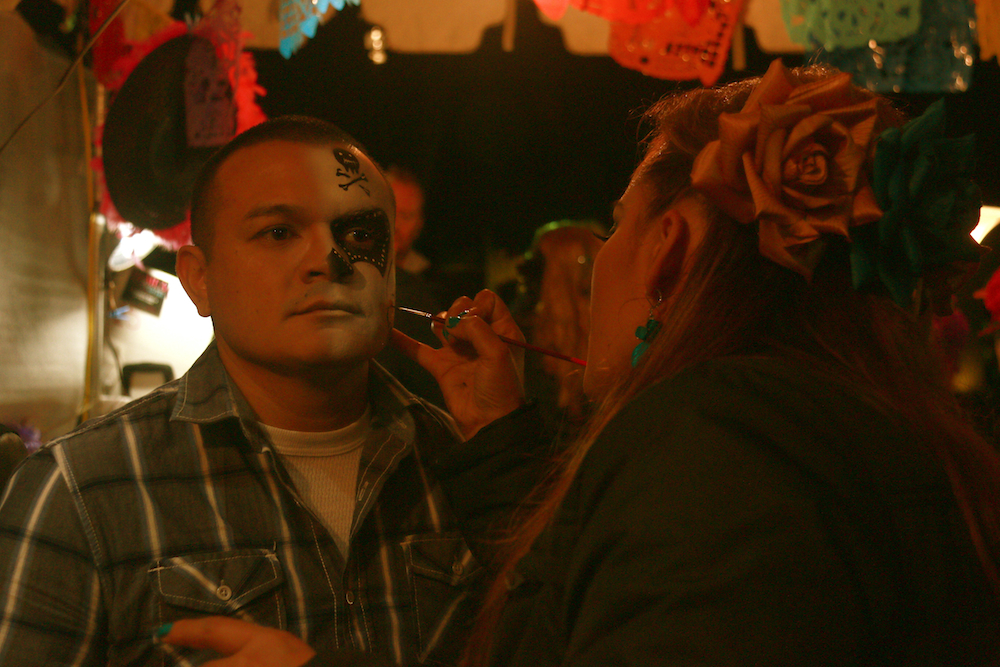 The Day of the Dead celebration at Hollywood Forever is a staple Los Angeles festival that grows bigger every year. The cemetery is completely transformed with Aztec ritual dancers, live music stages, kids’ craft corners, face paint tents, art vendors, and all of the fresh churros one could eat. This past Saturday, the theme was quinceañera, which brought out the 15-year-old in women of all ages and gave them an excuse to sport sparkly tiaras and lavish ball gowns.

Gracing the main stage were Guatemalan singer-songwriter Gaby Moreno, known for the theme to TV’s “Parks and Recreation,” and Mexican pop star Carla Morrison, who slowed things down late in the night with some love ballads. Dead celebrities were present as well, and not just those who are buried in Hollywood Forever: an entire section dedicated to the life of Robin Williams was interspersed with quotes from his movies and comedy sets. 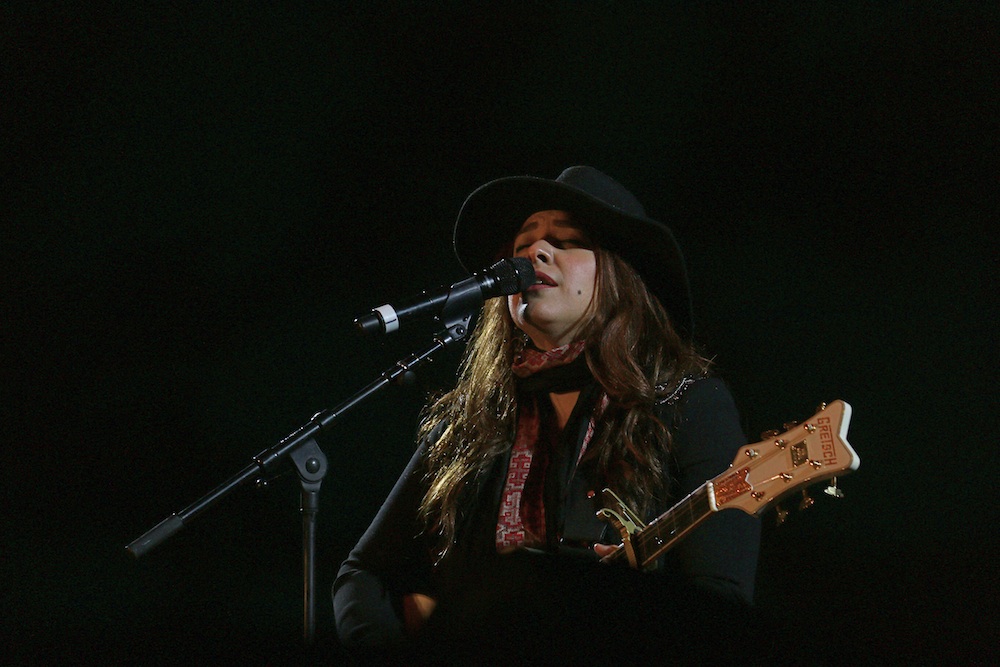 The true holiday consists of two different days: the first is devoted to children, “Dia de los Inocentes,” and the following day, which is actually referred to as the Day of the Dead, honoring the late adults. Festivities are based around the Mexican belief that lost loved ones would prefer to be remembered in joyous celebration rather than in somber mourning. On these holidays, families commemorate the lives of both recently passed and long-since departed ancestors. They eat the deceased’s favorite food and play their favorite music, creating entire “ofrendas,” which are elaborate altars devoted to those who have died.

Many ofrendas were elaborate, like the personal tribute by a group who lost a loved one in a motorcycle accident. This beautiful wooden memorial was constructed mostly out of beer bottles, emptied by the group as they partied and honored their late friends. Another, the Borunda Quince altar, was framed as a giant dance party, complete with DJs, singalongs, and onlookers pulled in by the family to rock out. Even the nonprofit sector was represented, with GhostBikesLA’s large-scale sculpture paying homage to bicyclists who have been hit and killed by cars.

Long after the calaca contest ended and the sun set, crowds of people people filled the cemetery with elaborate skull makeup, marigolds in their hair, and decorated in their most formal attire, including parasols, charro garb and sombreros. If you haven’t yet attended LA Day of the Dead, be sure to catch it next year. It’s a cultural right of passage for every Angeleno. 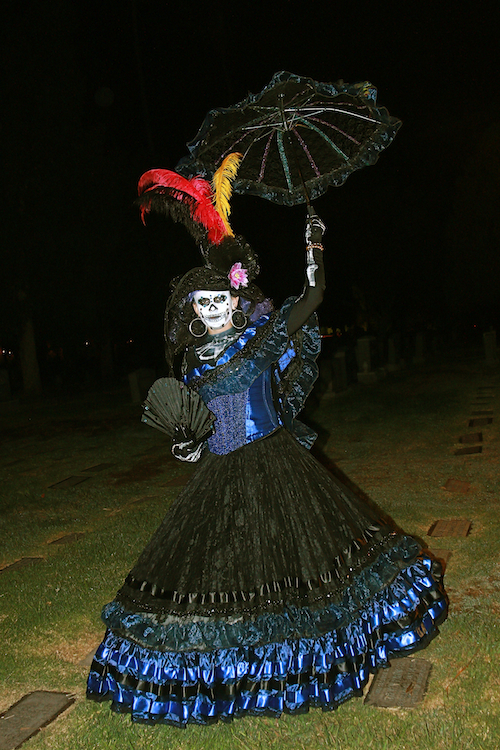 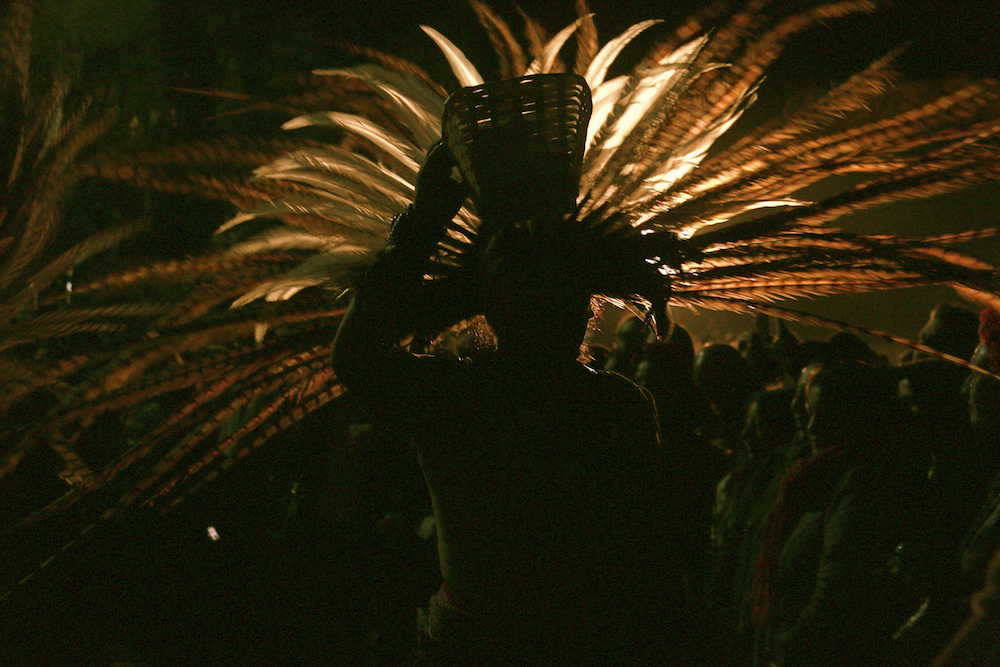 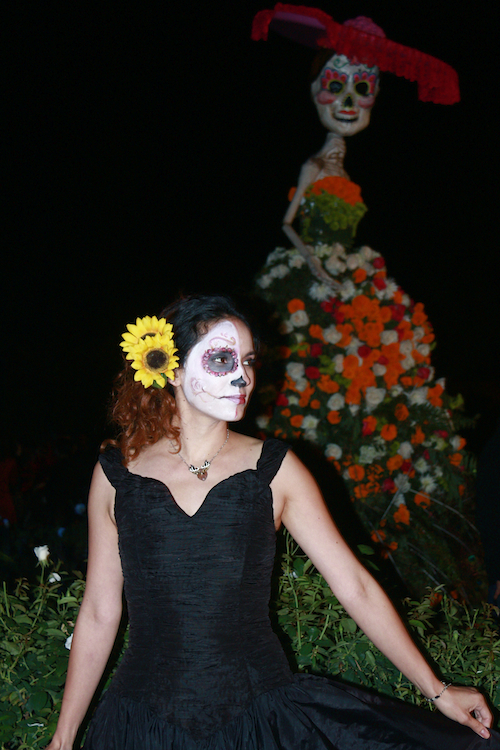