Australia’s Tame Impala are so psychedelic that when you see them live, you feel as though you’re on drugs — even when you’re not.

Wednesday night at The Shrine Auditorium, they showed that the jammy and acidy sounds of Cream and other super bands of the ’70’s are still much sought after. Except for the very top, The Shrine was packed tight with a crowd that was mostly twentysomething or younger.

The visuals that played on the screen behind the band brought back nostalgia of what I remember the Windows Media Player’s visualizer setting looked like. It was a variety of bouncing squiggly lines with colors changing and fuzzy snow that certainly helped enhance the experience for the group of USC students near to me that were undoubtedly tripping balls.

In the vein of many bands of ’70s-psychedelic-rock yesteryear, many Tame Impala songs trick you into wondering when a song was over. There would nearly always be some massive and amazingly bombastic breakdown that would culminate in clapping and cheering, only for a final breakdown to come from nowhere like an earthquake ripping through the San Andreas fault line.

The only stunt in the show’s momentum was something completely out of the band’s control. During one of the songs about 45 minutes into the set, the sound started cutting in and out and the band looked a bit frustrated. This is only my second trip to The Shrine and both times I would rate the sound quality as being hit-or-miss. On this occasion, Tame Impala did a great job of filling the massive amphitheater with a full sound all the way to the rafters, but the technical difficulties caused the band to walk off for about five minutes before it was sorted out.

When the band returned, they said that they would consider that the encore and they finished up a rather noteworthy performance, one that lead man Kevin Parker declared the biggest Tame Impala show ever.

Tame Impala seem to be following in the footsteps of the Flaming Lips (whom they collaborated with on a Sgt. Pepper tribute album with) and could be on their way to being closer to the top of the bill on the festival circuit.

One thing is for certain — their live show quite possibly ruined their studio sound for me. Seeing their performance takes them to a different level that can’t be matched by listening to them on Spotify. 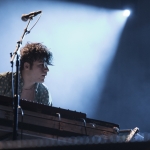 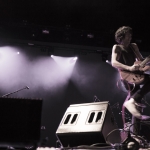 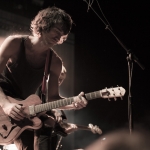 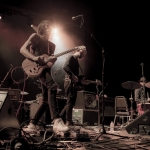 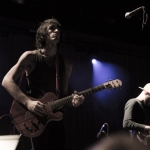 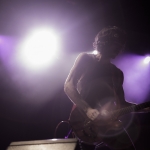 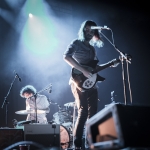 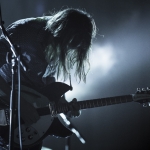 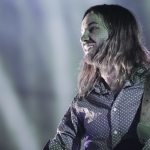 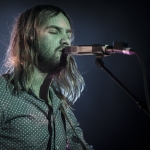 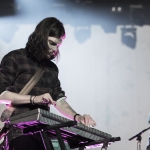 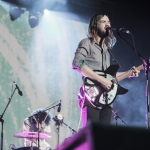 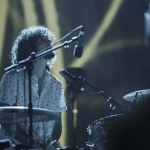 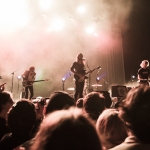 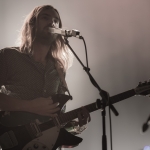 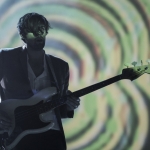 Photos: Tame Impala with Jonathan Wilson at the Fox Theater

PHOTOS: Tame Impala with The Amazing at Fonda Theatre