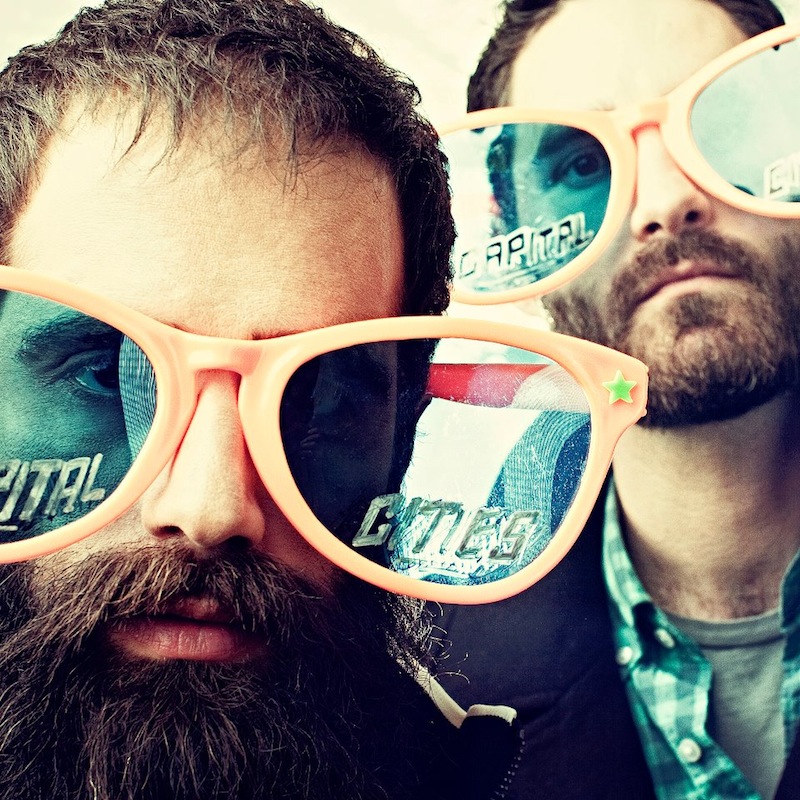 Ever since their breakout hit “Safe and Sound” was released in 2011, Ryan Merchant and Sebu Simonian of the indie-electro-pop duo, Capital Cities has been taking the world by storm one venue and music festival at at time. The song came into mainstream fame (as did the duo) with the release of their 2013 debut album In a Tidal Wave of Mystery. Capital Cities will headline the Fonda Theatre this Thursday, November 20 and they’re bringing along to awesome supporting acts with them. Performing with Capital Cities at the Fonda will be Australian electro-house duo Sneaky Sound System, along with L.A.’s synthpop-ers Night Terrors of 1927. A lot of pop, a lot of electro, a lot of dancing and fun — what more could you ask for? Enter our contest below for a chance at winning a pair of free tickets!

Tickets to the show are $32.50, doors open at 8:30pm, and the event is all ages. You can purchase your tickets or try winning a pair of tickets with us by entering the contest below!

First make sure you’re following Grimy Goods on Twitter here and/or “like” our Facebook page here. Next, email ggcontests@gmail.com with your full name for guest list and a clever reason why you want a pair of tickets to Capital Cities at the Fonda. When you’re done with your email, send us a Tweet (see Tweet below) so we know you entered the contest or you can post on our Facebook wall. We’ll select a winner that has done all of the above mentioned. Winners will later be announced by 9 PM via email, Facebook and Twitter on Wednesday, November 19th. Winners will have until 10 AM Thursday, November 20th to reply back to our email and confirm their win.

FACEBOOK: Just leave a comment on our wall letting us know you entered our contest for tickets to Capital Cities at Fonda on Nov. 20th!