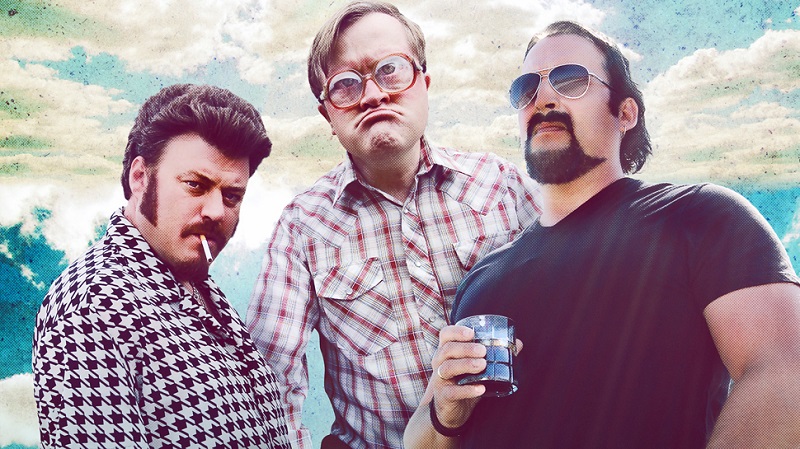 The Trailer Park Boys are at it once again, this time leaving the cameras and big screen behind to headline a show at the Orpheum Theatre. The boys include Ricky, Julian, and Bubbles, known for their hit comedy mockumentary show documenting their misadventures living in a trailer park. Joining them on stage will be Mr. Lahey the Trailer Park Supervisor, and Randy, his shirtless assistant. Come on down to the show on Thursday, Februrary 19th for a night of laughs and fun!

Tickets are priced at $35 – $55 doors open at 8 PM, show starts at 9 PM, and is all ages. Enter the contest below for a chance to win a pair of tickets, courtesy of Goldenvoice and Grimy Goods!

First make sure you’re following Grimy Goods on Twitter here and/or “like” our Facebook page here. Next, email ggcontests@gmail.com with your full name for guest list and a clever reason why you want a pair of tickets to Trailer Park Boys at the Orpheum Theater! When you’re done with your email, send us a Tweet so we know you entered the contest or you can post on our Facebook wall. We’ll select a winner that has done all of the above mentioned. Winners will be announced via email, Facebook and Twitter on Friday, February 13th. Winners will have until 10am Saturday, February 14th to reply back to our email and confirm their win.

FACEBOOK: Just leave a comment on our wall letting us know you entered our contest for tickets to Trailer Park Boys at the Orpheum Theater on Feb. 19th!

Trailer Park Boys Season 8 Behind the Scenes: Day 26 – Cory’s Ask Me Fucking Anything