From essential oils to the stale au naturel odor of some Sunset Strip street kid next to me, The Roxy was a packed house last night. Wall-to-wall, it was a time capsule of the grungy 90s. Ladies pulled out their collared baby doll dresses and pleated plaid skirts for this occasion, and there definitely was not a shortage of flannels in the house.

“Oh my god, thank you so much, this is like a dream come true,” squealed a girl behind me at the bar as I saw a series of camera flashes go off. I turn around, and it was none other than Kat Bjelland. It was the official Babes In Toyland reunion show and the pint sized matriarch of metal was casually grabbing a drink at the bar and being gracious enough to take a few photos with some longtime fans. I’m not one to bother artists for photos — that was a thing I did when I was a kid — but I have to admit, I was a bit jealous and had a split second of FOMO. And it wasn’t just Kat that was being bothered for photos throughout the night, The Roxy was bustling with musicians: Tom Morello of Rage Against The Machine, Buzz of the Melvins, Exene Cervenka, Deap Vally, L7, Hole, Brody Dalle … and that’s just naming a few.

I had posted up in a nook near the bar with some friends. As much as I wanted to be up front and center, I knew this was probably the best and most comfortable view I was gonna get for the night. The performance art noise rock band, Qui, had just finished their very loud and very strangely theatrical set. And just when I thought the room could not get any more packed, a surge of Babes In Toyland fans began swarming the venue. I even saw an elderly lady of about 80 years of age handling her own across the floor with a walker! Bless her precious heart.

It was finally time for Babes In Toyland to take the stage and the room was dripping with excitement. To our fortunate surprise, Tom Morello took to the stage introducing the return of Babes In Toyland with some very kind words: “They are the punk princesses, the goddesses of grunge, the matriarchs of metal … from riot grrrls to riot moms …” The crowd roared in admiration of such a special introduction and within seconds the pulsing drums and exorcist-like growls of “Jungle Train” were heard.

Babes In Toyland took to the stage as though it wasn’t 18 years since they last played a show (with exception to their warm-up gig the night before at Pappy & Harriet’s). Rolling into an absolutely ferocious “He’s My Thing”, hands were flailing in the air, beer was spilling and heads were banging. Kat was whipping her head back-and-forth as Lori Barbero pummeled the drums without missing a beat, and Maureen Herman handled the bass like the badass that she is. It was fucking incredible.

About mid set “Bruise Violet” took its turn and the crowd went nuts. It was like 1993 at Lollapalooza all over again. The excitement in the room was giving me goosebumps. At this point the crowd was getting nice and liquored up. Another elderly woman of about 70 years of age (or a rough 45) cozied up next to me. She was packing heat and smiled at me as she pulled out a Snickers from her messenger bag and then took a swig from the fifth of vodka nestled in her bag. I just gave her the nod and we both went on to enjoy the show.

There wasn’t much small talk between songs, Babes In Toyland came here to thrash and that’s exactly what they did. Wrapping up their victorious performance with “Handsome & Gretel” and a single encore of “Sweet 69”, the curtains dropped and everyone was elated.

Babes In Toyland’s reunion show at The Roxy was a special night for veteran fans and the new generation of younger fans. It didn’t matter what age you were here (although the median was about 35), everyone here was out to relive their 90s past or experience a slice of what it might have been like, with the ultimate purpose of supporting the return of Babes in Toyland.

Oh, and by the way, the previously mentioned elderly woman with a walker is apparently Tom Morello’s lovely mother. Bless here precious heart even more! 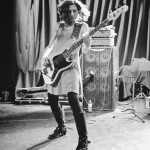 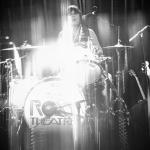 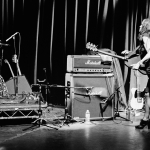 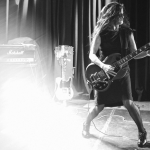 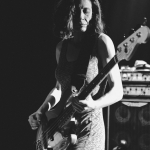 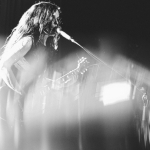 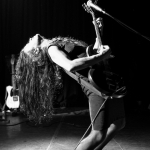 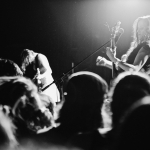 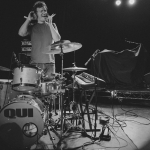 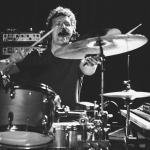 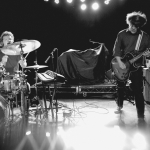 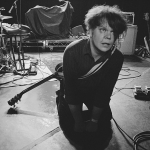 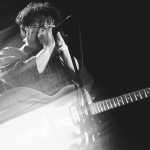 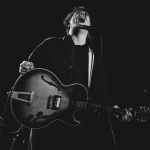 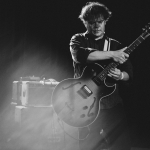