Friday night, the Echo was filled with both new and familiar names in the garage and beach-y rock scene. The lineup included LA-based rocker Colleen Green, Spanish newcomers, HINDS, and seasoned singer-songwriter Sonny Smith’s band Sonny and the Sunsets from San Francisco.

Colleen Green took the stage at 9:30 PM dressed in all black and sporting a pair of dark sunglasses. Equipped with her guitar and drum machine, she began her solo set with “I Wanna Be Degraded” from her first LP, Milo Goes to Compton.

Since moving to Los Angeles in 2010, Green has held a presence not only in LA, but in the national garage rock scene. She performed songs from her newly released, full-length album, including “TV” and “Pay Attention,” These tracks showcase her ability to modernize her sound while staying true to the genre.

The Echo was a long way from home for the next act, Hinds, who hail from Madrid, Spain. For the majority of the crowd, this was the night’s unofficial main act.

Hinds is made up of its four members: Ana Perrote (lead vocals and guitar), Carlotta Cosials (vocals and guitar), Ade Martin, (bass and vocals), and Amber Grimbergen (drums). Despite being fairly new to the garage rock scene and having only released one demo and one EP, the girls seemed completely confident and comfortable being on stage. That being said, Hinds is coming fresh off the madness at SXSW, where, according to their Facebook page, the band played 16 shows and three sessions in five days.

When Hinds took the stage at 10:30 PM, the room immediately filled with energy and excitement from both the band and the audience. The floor was now far more crowded and Carlotta Cosials took notice, thanking the crowd with a huge smile, and saying that they “really didn’t expect this many people to show up.”

Hinds kicked off the night with “Warning with a Curling,” a song that starts off like a chill jam session but eventually ends up with Cosials singing the lyrics, “You know they’re gonna find you,” at the top of her lungs while Ana Perrote strums her guitar and plays the Kazoo into her microphone.

Next up was “Trippy Gum,” arguably the band’s most upbeat song, which was released as part of their demo. The chorus is made up entirely of Perrote, Cosials, and Martin singing, “oooooh, oooooh’s.” Like many of Hinds’ songs, “Trippy Gum” is fast-paced, but at times, slows down almost to the point of stopping. Each time the song slowed, the girls would look at each other, smile in anticipation, and then quickly pick the song back up.

Part of what makes HINDS so charming was their friendship, which they displayed through their constant and playful interaction with one another. Watching them smile and giggle at each other during and in between songs, you got the feeling that they enjoyed playing with each other just as much as they enjoyed performing in front of a crowd.

“Between Cans” is an energetic song that was featured on their latest EP release, Barn. In it, Perrote sings, “I’d have you, I’d trap you, I feel you inside my veins. And I’d have you, I’d grab you, I meet you inside my brain.” What’s interesting is how raw and wild the band feels, from the sound of their voices, to the lyrics, to the emotions they display.

Admittedly, it can be quite difficult to decipher the lyrics of Hinds’ songs with Perrota, Cosials, and Martin singing over and under each other. If you’re into a more structured sound, HINDS can sound a messy at times. It doesn’t, however, make their music or performance any less fun to listen to or watch.

While the girls didn’t say much throughout the set, Cosials did tell the audience that they are usually very talkative. They appeared genuinely surprised and grateful, maybe even a little speechless, at the reception they were getting.

“We don’t really know what else to say but thank you,” Carlotta said.

Bassist Ade Martin jumped in, “Oh! I know what to say. We have T-shirts,” she said, pointing to the merch table. “They’re made especially for the US.”

Hinds will continue touring the U.S. through April 1st before they return to Europe. Their European tour will begin in none other than their home country of Spain, in the city of Murcia. You can check out full tour dates HERE.

The final act of the night was Sonny and the Sunsets, who emerged onstage around 11:30 PM. Formed in San Francisco, the band is currently made up of Sonny Smith, Ian McBrayer, and Shayde Sartin. They were here to debut songs from their new album, Talent Night at the Ashram.

Sonny Smith, dressed in a full suit, got the set going with a familiar tune, “I See the Void,” from their Longtime Companion album. Sonny and the Sunsets’ set, with their slightly softer, beach rock sound, delivered a perfect finish.

Before playing the song “Secret Plot” from their newest album, Smith explained the song’s meaning to the crowd. He said, “This song is about a guy who goes to an Occupy meeting, meets a girl and starts dating her. Then they break up, so he stops going to the Occupy meetings.”

It is these kind of incredibly detailed, yet simple stories that characterize Sonny and the Sunset’s music. Smith has the ability to turn his personal human encounters and experiences into songs that anyone can relate to.

This past Friday night at The Echo was a special one for the sole reason of being able to witness such diverse acts showcasing what it means to be a rock band in 2015. You can catch Sonny and the Sunsets next at Huichica Music Festival at the Gundlach Bundschu in Sonoma, CA in June. 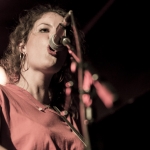 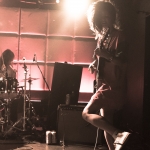 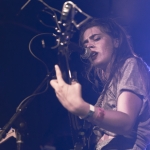 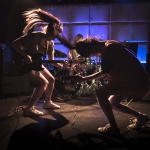 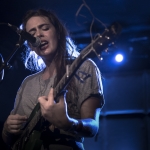 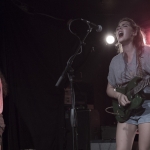 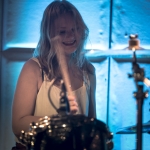 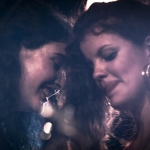 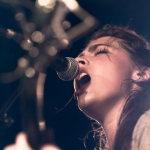 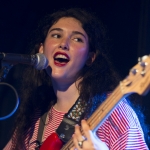 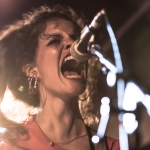 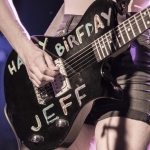 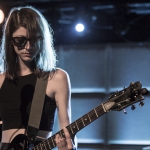 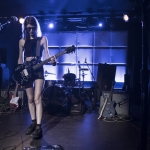 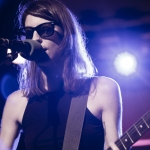 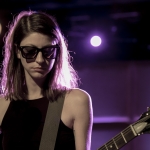 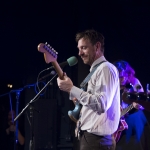 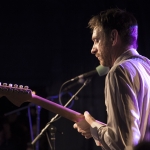 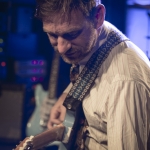 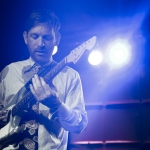