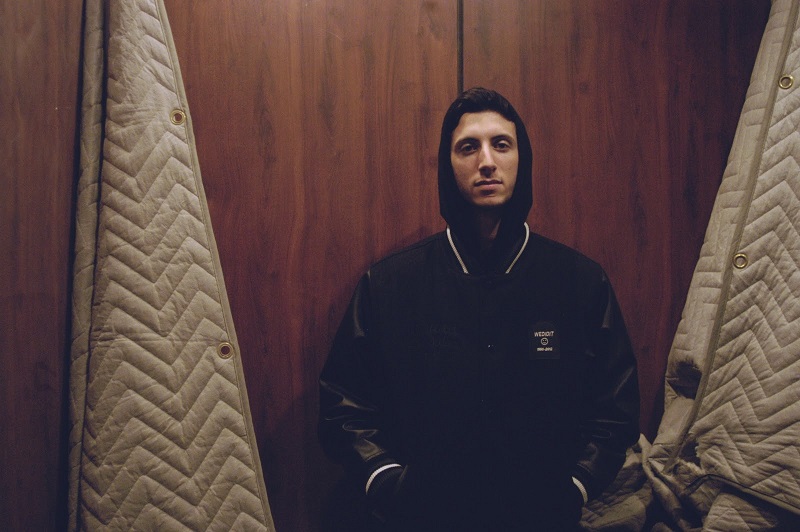 The last time we gave away a pair of tickets to Shlomo was two years ago where he headlined the Fonda Theatre in support of his EP release, Laid Out. At just 25 years of age, Henry Luafer aka Shlomo has released seven EPs (starting in 2009), and remixed several tracks including Ryan Hemsworth’s “Colour and Movment” and Flume’s “Sleepless” . Shlohmo will return to the Fonda Theatre yet again on Thursday, May 7th in support of his second studio album titled, Dark Red. Catch him perform along supporting acts Bones, Purple, and Nick Melons, before he heads out for his European tour!

Tickets to Shlohmo are priced at $25 (ADV)/ 30 (DOS), doors open at 8:00 pm, and the event is all ages. You can purchase tickets or try and win a pair of tickets with us by entering the contest below!

First make sure you’re following Grimy Goods on Twitter here and/or “like” our Facebook page here. Next, email ggcontests@gmail.com with your full name for guest list and a clever reason why you want a pair of tickets to Shlohmo at The Fonda Theatre. When you’re done with your email, send us a Tweet so we know you entered the contest or you can post on our Facebook wall. We’ll select a winner that has done all of the above mentioned. Winners will be announced via email, Facebook and Twitter on Tuesday, May 5th. Winners will have until 10 am, Wednesday, May 6th to reply back to our email and confirm their win.

FACEBOOK: Just leave a comment on our wall letting us know you entered our contest for tickets to Shlohmo at the Fonda Theatre on May 7th!

One thought on “Win Tickets to Shlohmo at the Fonda Theatre”