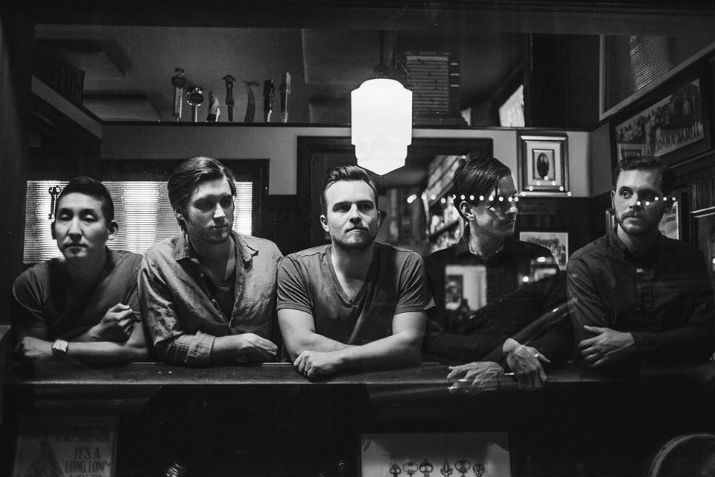 Seattle band Ivan & Alyosha started out as the simple duo of Tim Wilson and Ryan Carbary, but soon grew to become a full-fledged folk-pop rock outfit which now includes additional members Pete Wilson, Tim Kim and Cole Mauro. The band is touring in support of their new album It’s All Just Pretend which just dropped in early May via Dualtone and which features some of the band’s most genuinely honest and introspective songs to date. Be sure to check out their headlining show at The Roxy on Thursday, June 11th. Supporting acts include Kris Orlowski and Ranger.

Tickets to Ivan & Alyosha at The Roxy are priced at $14, doors at 8:00 pm, and the show is all-ages. You can purchase your tickets or win a pair with us below!

First make sure you’re following Grimy Goods on Twitter here and/or “like” our Facebook page here. Next, email ggcontests@gmail.com with your full name for guest list and a clever reason why you want a pair of tickets to Ivan & Alyosha at The Roxy. When you’re done with your email, send us a Tweet so we know you entered the contest or you can post on our Facebook wall. We’ll select a winner that has done all of the above mentioned. Winners will be announced via email, Facebook and Twitter on Sunday, June 7th. Winners will have until 10am Monday, June 8th to reply back and confirm their win.

FACEBOOK: Just leave a comment on our wall letting us know you entered our contest for tickets to Ivan & Alyosha at the Roxy on June 11!

Ivan & Aloysha – “All This Wandering Around” Cabin Session Live