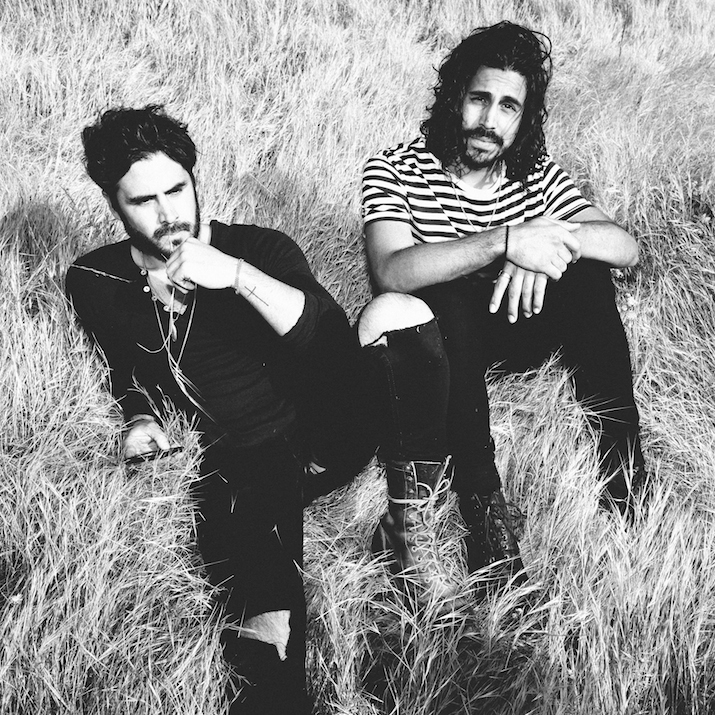 Los Angeles indietronica duo Little Wolves, composed of Sam Jacob (of Tapioca and the Flea) and Ronnie Watson, have come out of left field with some seriously addictive jams on their new EP Savage. With personal lyrics, 80s synth leads and pulsating rhythms that are thoroughly ingrained into your brain and body, Little Wolves will have you pressing repeat.

The duo released the first two tracks, “Home” and “Lost My Mind,” via Red Bull Sound Select just last month and I have already played them on repeat so many times, I’m thinking about joining the band. All kidding aside, these two songs have left a surprising impression on me and I’m almost convinced that there may be magical crack in this music. You can download “Home” and “Lost My Mind” from iTunes. You can also stream/download the “Home” remix (by Clarence of Maudlin Strangers) below. It was just released today!

“Lost My Mind” features catchy lyrics set amidst ’80s synths and soulful keys. The drums and bass are dark, stark but thoroughly dance-able. In line with “Home,” overall the music has a fairly bright tonality but is juxtaposed with more serious lyrical undertones. Cue any dramatic scene from a John Hughes film.

We chatted with the duo to find out more about the roll out of their new EP Savage, what it was like working with their dream producer RAC (aka Andre Anjos), and how they came to form Little Wolves.

GG: What was the writing/recording process like on the new EP Savage?

Sam: We wrote half of the EP on a giant hill behind our house in one day. It was New Years Day actually. I remember we had this long epic talk about where our lives were and how we wanted to change them. The other songs were pretty much inspired by our common experiences of love and hate.

Ronnie: We came into Andre (RAC) and Karl Kling’s studio with about ten songs and spent some time just listening and feeling each other out. We only had a week so we wanted to make the most of our time. We narrowed it down to three songs. It’s funny because we knew what songs were our standouts but ended up choosing one last minute that wasn’t on our list. Showed the rough demo and Andre loved it so we added it. The song was “Lost My Mind.” Andre’s good friend/collaborator Karl had just finished his studio in Portland and we were lucky enough to be the first band to record in it. It was a great experience, the studio was perfect, the weather created a vibe and it was honestly amazing working with them. They’re musical geniuses.

GG: RAC produced the EP. Tell us why RAC and what it was like working with him. Any memorable moments in the studio?

Sam: RAC has been one of my main inspirations since I started recording music. I owe so much of my music taste and production skills to hours of listening to his early remixes and playlists. So when we had the opportunity to work with a producer, naturally he was my first choice.

Ronnie: We absolutely love his production and the all around vibe he creates with his instrumentation and structure. I came into it with a bit of apprehension from the nerves of being able to work with someone we idolize, but we clicked from the get-go and it turned to be an amazing experience. For me personally, knowing that Andre (RAC) kills on the vintage synths and guitar, it was great to see him pick up a bass and hash out these rhythms that hadn’t even crossed my mind.

GG: What prompted the idea to release the Clarence remix of “Home”?

LW: We’ve been big fans of Clarence’s other project Maudlin Strangers, as well as his remix of their tune “Penny.” So we thought it’d be dope to collab with a homie and see what came out of it, and we’re fortunate enough to see his vision of “Home.”

GG: Tell us a little about your musical background, influences and how the two of you met and came to form Little Wolves.

Sam: I grew up around dance music my whole life. Dad was a club DJ and my mom was a dancer. When I was in middle school I picked up a guitar when my dad grounded me from skateboarding because of bad grades. I spent a lot of time noodling around with that guitar…dad’s old drum machine…keyboards I had bought at local thrift stores. Eventually, I taught myself how to record music on my PC computer and the rest is history.

I met Ronnie about five years ago while we were both pursuing other musical projects. We instantly vibed and been making music together ever since. Now we’re finally getting to share it with everyone.

Ronnie: Growing up my mom’s best friend was a DJ for the local pop station in San Antonio and I spent a lot of time at the station where she would babysit/do her radio show while my mom was at her job, and for a good while she dated a DJ. Some of my earliest memories are just music. At around ten (years old), my stepdad bought me my first guitar (because I kept taking his).

I was living in a house with about ten other musicians at the time, all with different musical tastes. Sam ended up moving in as well. Getting to know Sam it seemed we were on the same page musically, which was great. 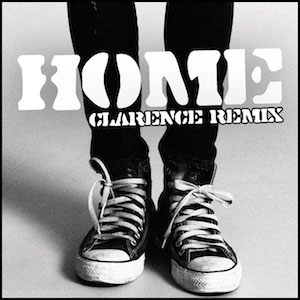 Little Wolves will release the rest of the tracks from Savage throughout the Summer, as well as remixes, so stay tuned to their website for details!