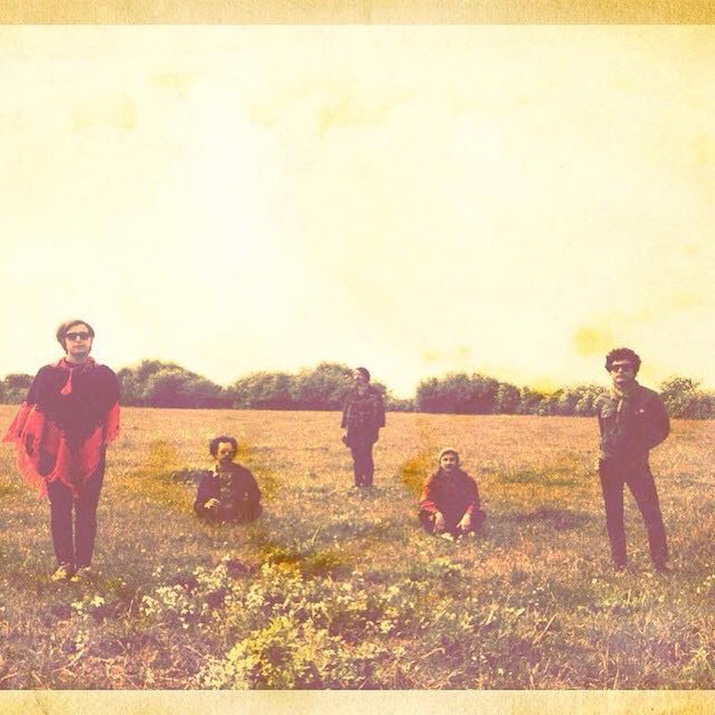 Echo Park’s Sand Babes may be fairly new to the local music scene but already they are bringing a bright sense of honesty to their music as they begin to hone and craft their dreamy psychedelic sound. The band will be releasing their self-titled debut EP in full on August 5th but we are stoked to premiere their new single, “Carousel,” which you can stream below! The song mixes in some Dick Dale like surf vibes to create an even sweeter psychedelic elixir. Go on and satisfy your musical thirst. You can download “Carousel” from Bandcamp.

The band have also unleashed two other songs from the EP so far. “How Far We Can Go” has that California Dreamin’, Jack Kerouac road trippin’ aesthetic down both visually in the music video and reflected in the experimental swirl of woozy guitars and reverb-drenched vocals that wash over you in waves.

“Empty Canvas” opens up with a jangly mid-tempo beat coupled with a subdued and somber vocal proclamation, “I only see you in my dream.” This song is perfect for letting your interpretive dance skills run wild and free. Get high on the guitar solo and good vibes.

We chatted with drummer Erek Rodriguez to learn more about the new song releases, what makes for a memorable concert and his favorite things about their home base of Echo Park.

GG: You guys recently released three songs off your forthcoming self-titled debut EP. What was the writing/recording process like?

ER: It took place early on a Wednesday in the living room of our duplex right off Bonnie Brae. Drank a couple of tall cans to quench the thirst and take the slight edge off. We track all the music live through two microphones – one overhead mic and one bass drum mic. The recording took about six hours. The writing process comes very naturally. The lick usually comes from an old nylon acoustic guitar and we worked from there.

GG: You guys are on the bill for the Freakout Thursday show, presented by DM Collins (LA Record) and Bobby Hecksher (The Warlocks) at Los Globos tonight. What’s your favorite part of playing a live show?

ER: The glossy eyed kids dancing to your vision.

GG: What’s the most memorable concert you’ve been to (other than your own)?

ER: It would probably be any family party, that always comes with a complimentary country western band. It’s just very moving to see how music brings smiles, laughter and people together. It’s a very warm, endearing feeling.

GG: Sand Babes are based in Echo Park. What are some of your favorite things about Echo Park (i.e. people, places, etc)?

ER: The motivation to pursue your aspirations. That’s above all the best thing about our neighborhood. Just the sheer talent of people, all in one place. Everyone is doing something great and fresh. Now on the other side of the spectrum – the overwhelming amount of beautiful girls. It’s just really quite fucking overwhelming. It’s a very exciting time. That’s for sure.

Watch Sand Babes’ video for “How Far We Can Go” below.

Sand Babes also have an upcoming EP Release show at Harvard and Stone on Wednesday, August 5th. Also on the bill, The Creation (members of Mystic Braves). Stay tuned to Sand Babes’ Facebook Page for other upcoming shows.