Alison Mosshart of The Kills

As I walked up to the El Rey Theatre last night, excitement was in the air for The Kills’ highly anticipated performance. I had missed out on their Halloween show at the Forum due to a last-minute trip to Puerto Rico, and although the comped trip was an amazing experience, a small part of me died knowing that I’d have to wait some more time to see The Kills live again. In all honestly, I had not see The Kills headline a venue since their last El Rey show in 2008 (no joke, see my amateur review here, when Grimy Goods was just a couple months old). Granted, I had seen them play at SXSW and other festivals, but that is not the same experience as a headlining spot at a medium-sized venue. Finally, I was ready to relive the greatness that is The Kills—on stage and live—right before my eyes.

I arrived at the El Rey at about 9 p.m., rushing to catch the opening act Baby In Vain. As I sped by Black Keys drummer, Patrick Carney, talking on his phone out front of the venue, I was surprised to have found a great spot with ample room on the floor riser close to the stage. Little did I know what an uncomfortable experience this prime piece of real estate would become.

Baby In Vain hail from Copenhagen and to put it bluntly, these young girls can shred. The trio pummeled through their songs with a visceral fury, blending all things metal, grunge and straight up rock ‘n’ roll. I was thoroughly impressed by their skills and capacity of epic jams. Not to mention, the vocal prowess of guitarist/vocalist, Lola Hammerich. This young lady has quite the pipes. She can throw it down soft and smooth or add that blues swagger. It’s no wonder they opened up for The Kills, Baby In Vain are quite the slice of badassery; a perfect compliment to the The Kills.

As Baby In Vain exited the stage and we waited for The Kills to come out, I noticed that the two girls in front of us were taking up some serious surface area. I didn’t mind though because my placement behind them was in prime viewing of the stage since they were vertically challenged (however, one took up the width of two humans). Well, I didn’t mind at first until they rudely lashed out at me for invading their personal space. Mind you, at one point they were strong-arming their area with elbows and asses out, as they inched further back into me. At least eight more people could have fit into their area. They even shamed another girl that tried to find a position in their empty campground. These girls were nasty and definitely not accustomed to going to shows. There’s a lot more I’d like to vent about this, but I’ll save that for another post later this week. Let’s just say, I never wanted to have bad gas or bad breath more in my life than last night. These girls deserved a severe cropdusting or dose of halitosis down their necks; but more on that tomorrow. Now on to The Kills!

Strutting out on the stage with a set of three drummers on Concert Toms behind them, Alison Mosshart and Jamie Hince were greeted by a sold-out house of thrilled fans. As the crowd cheered and clapped for the dynamic duo, The Kills quickly rolled into the sultry sounds of “U.R.A. Fever,” off their 2008 LP, Midnight Boom. With every fierce beat and riveting guitar chord, The Kills immediately enveloped fans into their illustrious style of rock. Not only are they both strikingly beautiful, but Mosshart and Hince are an incarnation of rock ‘n’ roll. They radiate all things style, skill and sex appeal.

What makes The Kills so great at what they do, is Mosshart’s and Hince’s remarkable stage chemistry. As Mosshart takes the lead on “Heart Is A Beating Drum” (and even straps on a guitar), Hince stands upright with ultimate style and confidence manning his guitar as Mosshart works the stage with her token stage swagger and dance moves. The two mesh seamlessly and transition the spotlight with pure sheen. As the twangy guitar chords of “Kissy Kissy” rolls in, it’s now time for Hince to take center stage. He’s cool, calm and collected—even though fans are totally enamored by his charming being. As his soft voice takes us over, Mosshart feels the vibe and sways in the corner with a fan blowing through here sweaty hair. It’s quite the surreal moment.

Things get really heated once “DNA” takes its course. Mosshart unravels with allure. As she chants “Love, love, love til you got enough; dance, dance, dance, if you got no love around you”—each time more powerful than the last—her dance moves and strut climax to a fast pace where everyone in the room is totally captivated by her presence and just getting lost in this enticing song. While I lost my mind to “DNA” and “Black Balloon “ I pretty much let out my inner rock goddess when “Tape Song” came into play. I love this song and did not give two fucks if my dancing and singing bothered the two previously mentioned annoyances in front of me. It was nice to let my guard down and rock the fuck out.

Playing close to a 90-minute set, The Kills enchanted us. Hince is a god damn guitar god, and Mosshart is the closest thing to a human panther. She’s smooth, she’s slick and she’s on the prowl; on the prowl to deliver a most insatiable concert experience. Even with my body heated with sweat, I still managed to get goosebumps from The Kills’ set. They played so many songs that I adore, as well as gave fans a nice serving of new songs. And judging by the sounds of their new music, I cannot wait until their new album drops.

Wrapping up their set with a three-song encore, The Kills bid us farewell with the gorgeous ballad, “The Last Goodbye.” This song was surreal. It was absolutely beautiful and cinematic. Mosshart’s hair was blowing in the wind (fan) as Hince gracefully played the keys behind her. It was pure excellence.

The Kills quickly woke us up from our pleasant daze with a song that I had been waiting for all night: “Last Day Of Magic.” I sang my heart out and danced along to Mosshart’s grooves. What followed next was a foot-stompin’ hand-clappin’ song that sang the words   “fried my little brains.” It was a smart way to end their show, leaving us with a need for more of their performance, as well as a craving for their new album.

The Kills perform tonight at The Glass House in Pomona. If you’re headed to the sold-out show, you’re in for one of your best show experiences of 2015.

Update: This post was updated at  to reflect the song “Fried My Little Brains.” 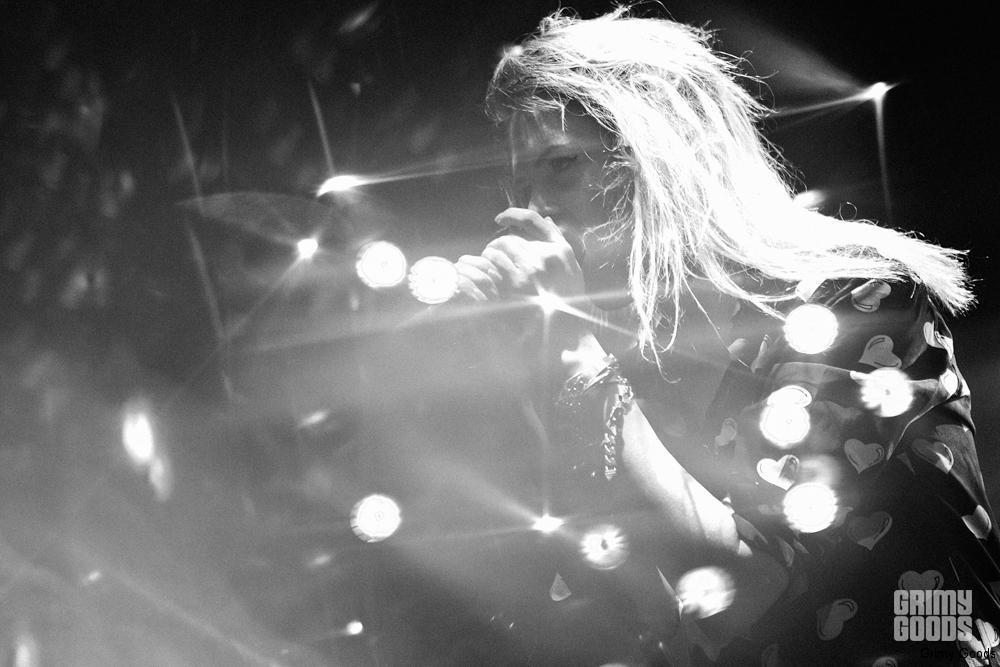 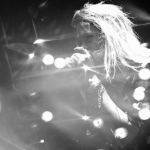 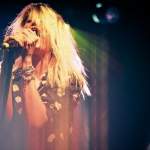 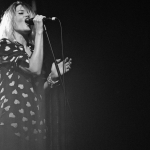 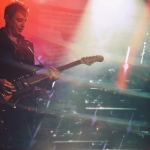 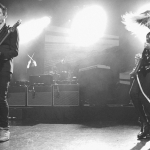 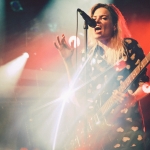 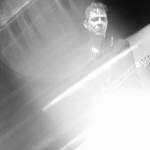 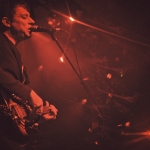 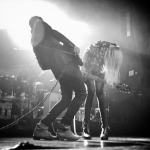 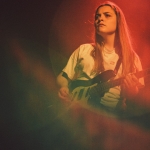 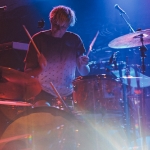 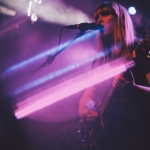 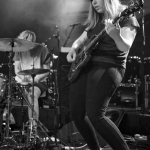 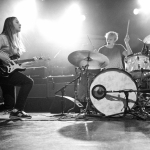 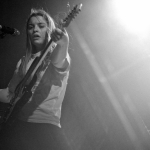 3 thoughts on “The Kills at El Rey Theatre: a fierce and alluring performance with moments of pure beauty”