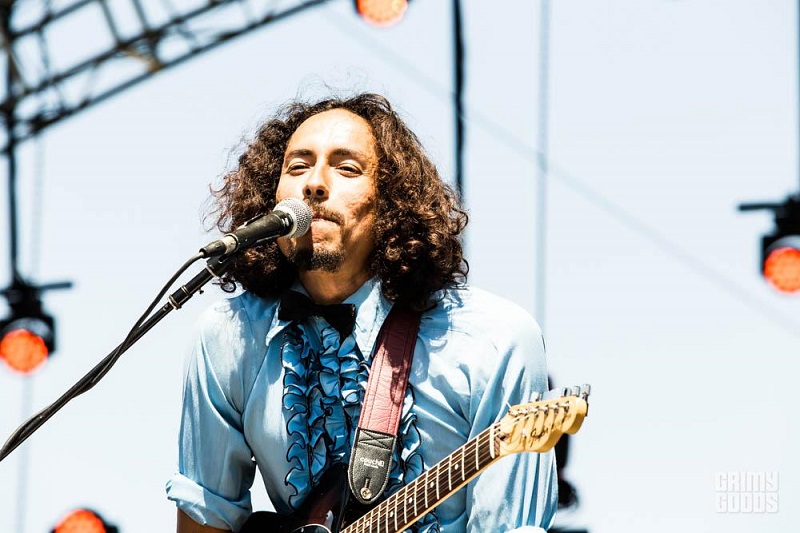 One of our favorite local acts here in L.A., Chicano Batman are set to headline the El Rey Theatre on Friday, August 28th! The four-piece band has been on the rise ever since they came together in 2008. Drawing from multiple genres like cumbia, 60s and early 70s Brazilian bossa nova and samba, and many more hip moving sounds, it’s clear to many that Chicano Batman are here to give their audience a great time. In case you missed their set at this year’s Coachella, don’t miss them this time around!

Tickets to Chicano Batman are priced at $15-18, doors open at 8:00 pm, and the event is all ages. You can purchase tickets or try and win a pair of tickets with us by entering the contest below!

First make sure you’re following Grimy Goods on Twitter here and/or “like” our Facebook page here. Next, email ggcontests@gmail.com with your full name for guest list and a clever reason why you want a pair of tickets to Chicano Batman at the El Rey Theatre. When you’re done with your email, send us a Tweet so we know you entered the contest or you can post on our Facebook wall. We’ll select a winner that has done all of the above mentioned. Winners will be announced via email, Facebook and Twitter on Monday, August 10th. Winners will have until 10 am, Tuesday August 11th to reply back to our email and confirm their win.

FACEBOOK: Just leave a comment on our wall letting us know you entered our contest for tickets to Chicano Batman at the El Rey Theatre on August 28th!