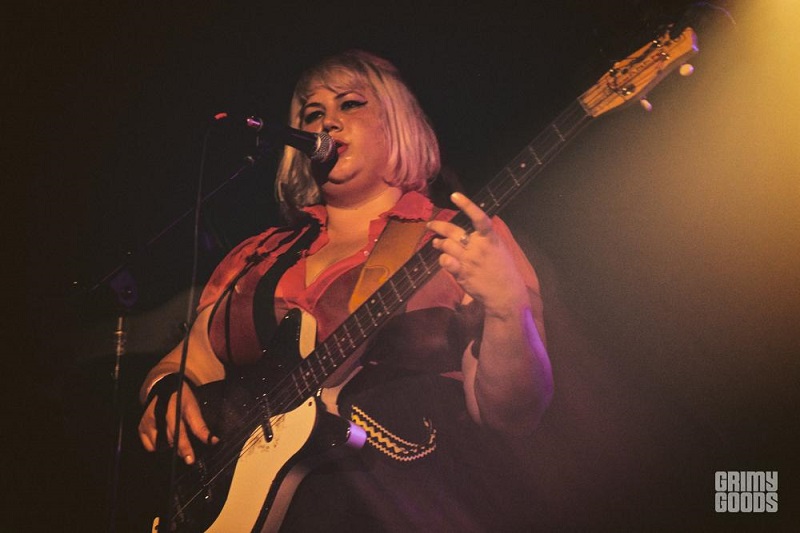 Shannon and the Clams have been making waves with their unique, catchy sound which if we could describe, would be along the lines of garage rock, punk, and doo wop. We last caught them at The Echo earlier this year where they played to a sold out crowd. This time around, they’ll be heading towards the El Rey Theatre on Wednesday, September 23rd to satisfy all your oldies-but-goodies cravings. Opening up for Shannon and the Clams will be The Memories, Hunx and His Punk vocalist Seth Bogart, and The Cool Ghouls.

Tickets to Shannon and the Clams are priced at $20, doors open at 8:00 pm, and the event is all ages. You can purchase tickets or try and win a pair of tickets with us by entering the contest below!

First make sure you’re following Grimy Goods on Twitter here and/or “like” our Facebook page here. Next, email ggcontests@gmail.com with your full name for guest list and a clever reason why you want a pair of tickets to Shannon and the Clams at the El Rey Theatre. When you’re done with your email, send us a Tweet so we know you entered the contest or you can post on our Facebook wall. We’ll select a winner that has done all of the above mentioned. Winners will be announced via email, Facebook and Twitter on Wednesday, September 2nd. Winners will have until 10 am, Thursday September 3rd to reply back to our email and confirm their win.

FACEBOOK: Just leave a comment on our wall letting us know you entered our contest for tickets to Shannon and the Clams at the El Rey Theatre on Sept. 23rd!

The Memories – “I Remember You” (Official Music Video)

A rock n’ roll hat-trick: Shannon and The Clams, The Coathangers, and Sex Stains at The Echo