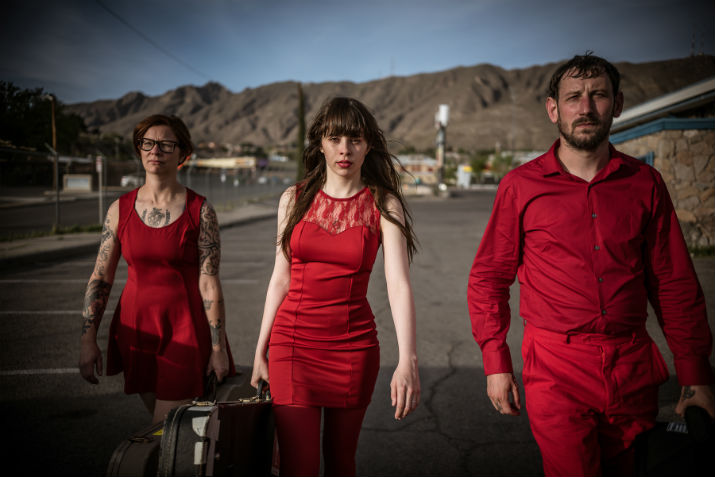 Le Butcherettes have come barreling down the door with their latest album A Raw Youth, which drops tomorrow, September 18 via Ipecac Recordings. Their previous record Cry Is For The Flies was an emotional rollercoaster, and while the band has lost none of that signature intensity, on A Raw Youth, the overall feeling is more of a spirited nature. It is a rebellious record that will not let up until you listen, listen again and then go forth in life with the same conviction and courage that these songs relay. In her own words, lead vocalist/guitarist/keys and front woman extraordinaire, Teri Gender Bender sums up the album in a broad but very striking way:

“We can all be free if we want to. You take those transmissions and become A Raw Youth or part of that oppressive society. Youth doesn’t mean young. It’s the essence of being resilient against so many of life’s struggles. In every decade or era there’s always a rebel who gives inspiration for the poets to write about. That person holds the light. These songs tell those tales.”

Much like the songs, I simply could not get this quote out of my head during the time I spent and continue to spend listening to A Raw Youth. I prompted her to further reflect on this and to share who the compelling and inspirational rebel figures were in her personal life.

“My mother, father, family, friends (you now who you are), husband, Julia & Daniel Apodaca, Nancy and Fletcher from the Association (cinema boot training), shared Teri. Basically anyone that has the humility and courage to make a life changing decision and stick to it. Someone with conviction and determination. In other words something I know I am truly not but aspire to be. I never asked to be born with a demon inside of me but that does not handicap me from seeing the fierceness in others. And from the stories and surreal experiences I feed from. Working on this album (on a spiritual level, not a technical one) has been liberating.”

While Teri is humble, from my perspective, A Raw Youth, is doing a pretty damn good job living up to that same conviction, determination and fierceness that Teri aspires to and admires in the rebel figures in her own life. 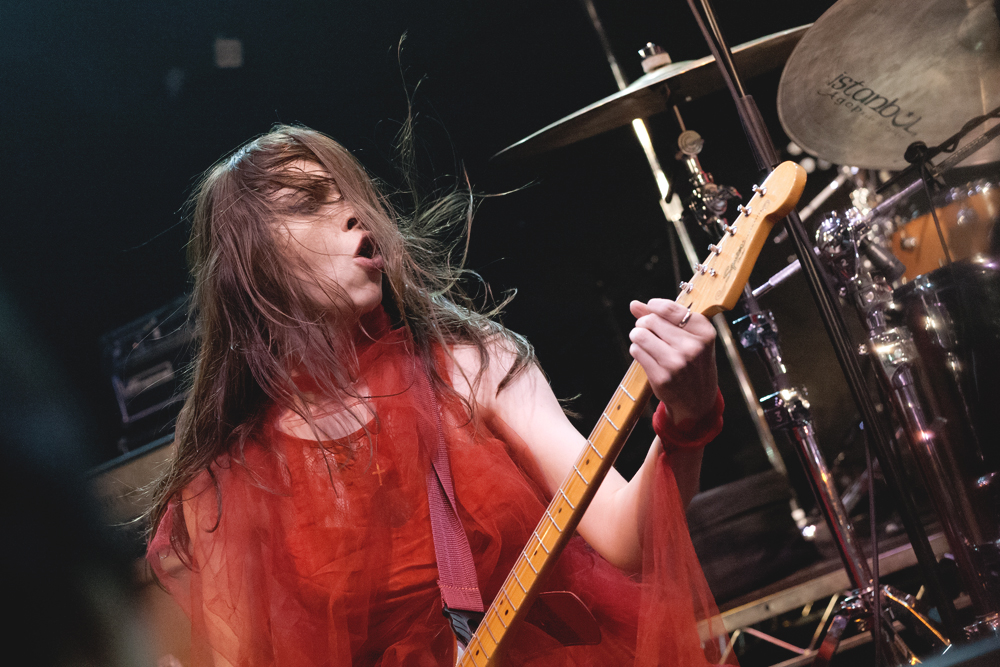 “Shave the Pride” is a thunderous opening number with bone-chilling bass and a galloping drumbeat, perfect for blazing through this catchy-as-hell two and a half minutes.

“Stab My Back” which pops up smack dab in the middle of the album really caught my attention with its teasing vocals, deep groove and relentless, hard-hitting drums — a true monster rock n’ roll dance track.

“They Fuck You Over” is a two minute, punk rock rallying cry that I can really get behind, letting me shake my fist at all things that piss me off and try to hold me back, whether it be student loans, Fox News or that person on the street that tries to talk to you while you’ve got headphones blaring.

“My Half” featuring guitarist John Frusciante (Red Hot Chili Peppers, The Mars Volta) is a mystifying and meditative number. Breathy vocals pair with spacey synths and epic guitar riffs, and it may very well feel as if you’ve just awakened from a hazy drug binge, but with a newly found clarity about life. For Teri working with Frusciante (and Iggy Pop on “La Uva” as well) showed her “that anything in life is truly possible” and it was “a dream come true to join sonic realms but what I found even more mind altering is that it comes from a deep place: a friendship.”

Long-time collaborator Omar Rodriguez-Lopez (The Mars Volta) produced the album, giving it a clean, streamlined sound that doesn’t take away from the fiery energy but instead allows room for the songs to breathe, snarl and pop. You can pre-order the album from Ipecac Recordings

You can catch Le Butcherettes tonight (for FREE) at Amoeba Records Hollywood or tomorrow at The Constellation Room on September 20. 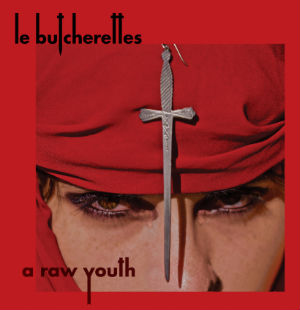 Melvins and Le Butcherettes Get Wildly Weir at The Trobadour