October 20 — Benjamin Clementine at Troubadour
Compelling British singer-songwriter Benjamin Clementine is on the rise with his new album At Least For Now. He’s the only unsigned artist to have made his television debut on Later…with Jools Holland in the UK and since then he’s opened for the likes of Cat Power, Tune-Yards, Woodkid and more. Experience his stunning live performance up close and personal!
Get Tickets!

October 20 — Blur at Hollywood Bowl
Britpop sensations Blur will be back on American soil and ready to knock your socks off with a must-see show at the Hollywood Bowl this month. In 2013, the band began working on new material and finally this past Spring they released releasedThe Magic Whip via Parlophone Records – their first new album in eleven years. Hear it live and love it! Charismatic singer-songwriter and Grimy Goods favorite Courtney Barnett opens.
Get Tickets!

October 22 — Heartless Bastards at Fonda Theatre
Cincinnati, Ohio quartet Heartless Bastards know how to pull on all the right musical heartstrings with their passionate brand of alternative roots rock. The band is touring this Fall in support of their new album Restless Ones which was released earlier this year via Partisan Records. Slothrust opens.
Get Tickets!

October 22 — The Jungle Giants at Bootleg Theater
Brisbane indie rockers The Jungle Giants are about to take Los Angeles by storm with fresh tunes off their new album Speakerzoid, which features fetching singles “Every Kind of Way” and “Kooky Eyes.” And yes, the album even features some cowbell. Get to this show and thank us later. Local electronic indie-pop duo Say Say supports.
Get Tickets! 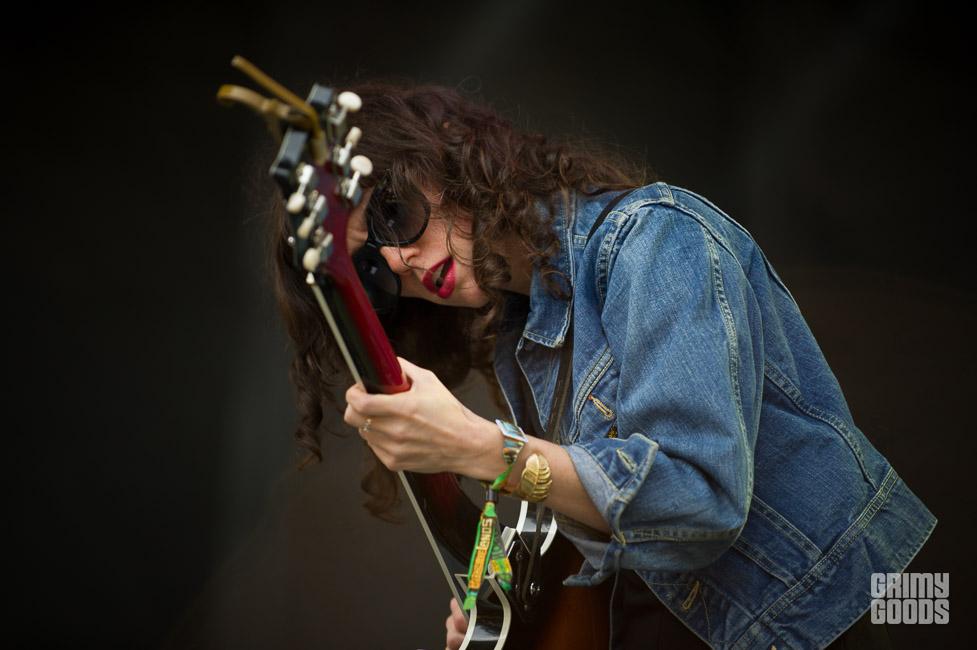 October 23 — Natalie Prass at Echoplex
Warm and enchanting singer-songwriter Natalie Prass was a touring member of Jenny Lewis’ band but this time around she’s taking center stage and touring in support of her debut self-titled album that was released this past January. If you dig artists like Joni Mitchell and Jenny Lewis, you may just fall in love with Prass, so listen up Los Angeles fans! Promised Land Sound supports.
Get Tickets!

October 23 — Emily Wells at Bootleg Theater
Multi-instrumentalist performer Emily Wells plays every instrument under the sun, from violin to drums, and she combines classical and modern instrumentation for a creative, ornate sound. Hear it live! Supporting act is singer-songwriter Alela Diane, accompanied by guitarist Ryan Francesconi.
Get Tickets!

October 23 — The Adicts at Fonda Theatre
Ready for the punk rock n’ roll extravaganza of a lifetime? Old school English punk rockers The Adicts have got you covered! The band will be taking over the Fonda for a high energy punk rock party that will leave you sore and wanting more. The show also falls just a week shy of Halloween, but who says you can’t celebrate early?
Get Tickets!

October 24 & 25 — Luna at Teragram Ballroom
Beloved indie rock/dream pop act Luna are back on the road after a ten year hiatus. Get stoked Los Angeles fans because the band is performing their quintessential, critically acclaimed ’90s album Penthouse in its entirety. Prep your pipes and sing along! Opening act is Quilt.
Get Tickets!

October 25 — Dungen at The Echo
Swedish psychedelic rock group Dungen’s diverse instrumentation and unique sound can be heard on their new album Allas Sak which was released this September via Mexican Summer. The New York Times reviewed and deemed it “nostalgically heady.” Experience their new music live and see what all the fuss is about. Mystical songstress Sophia Knapp supports.
Get Tickets! 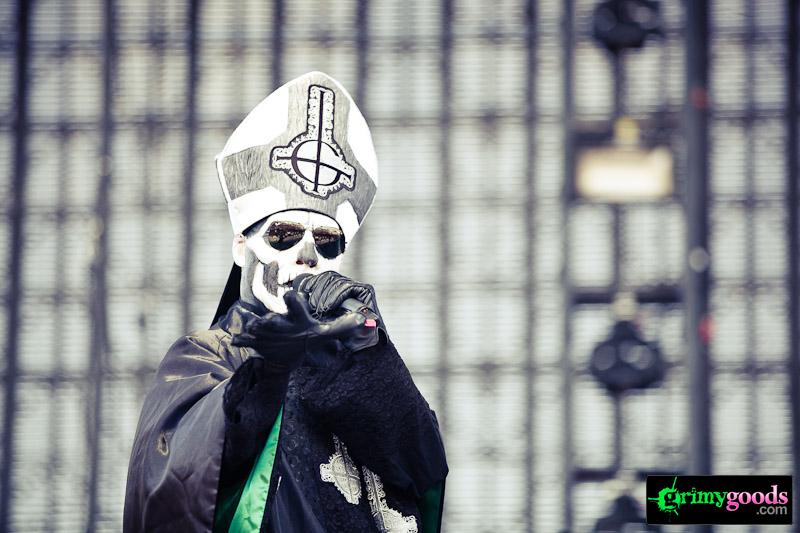 October 26 — Ghost at The Mayan
Swedish metal band Ghost are bringing their Black To The Future Tour to Los Angeles this month and from previous experience we highly recommend you attend. The masked, ghoulish musicians led by front man Papa Emeritus II know how to command an audience’s attention with their dark and heavy sound. Embrace the darkness! Opening act is Purson.
Get Tickets!

October 26 — Shakey Graves at The Theatre at Ace Hotel
Before Austin one-man-band Shakey Graves hibernates for the Winter to begin working on a new album, be sure to jump at this chance to catch his impressive stage show. He’ll take you on a bluesy journey, strumming through tunes off his third and most recent album And The War Came. This American Music Awards nominee is a sight to see! Tennis opens.
Get Tickets!

October 31 — Danzig at Microsoft Theater
At the epicenter of hard rock/metal there is the inescapable influence and sound of Danzig, led by none other than horror-punk icon Glenn Danzig (Misfits, Samhain). If you’re ready to go full throttle this Halloween what better way to do so than to headbang all night to Danzig live when his Blackest of the Black Tour rolls through Los Angeles. Prong, Veil of Maya, Superjoint Ritual and Witch Mountain support.
Get Tickets!

One thought on “55 Best Los Angeles Concerts this October”