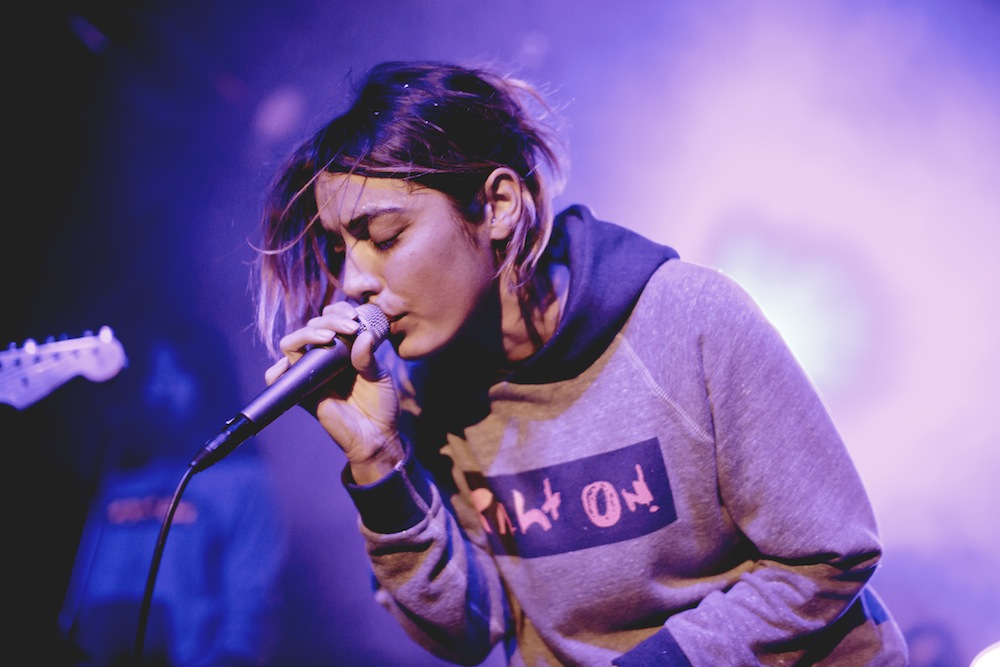 Not until 11:10 PM did Warpaint bassist Jenny Lee Lindberg take the stage at The Echo under her solo project Jennylee. I wiped at my tired eyes to see if it was a mirage – but no, Lindberg was on stage with a microphone, the bass-playing duties being handed off to someone in her backing band.

It took a few songs to get used to. On stage as a member of LA favorite psych darlings Warpaint, Jennylee’s presence is commanding. She grooves back and forth, often vibing off her longtime bandmates as she shimmies back and forth. On stage with a microphone and in a sweatshirt emblazoned with “right on,” the name of her just-released debut album, Jennylee looked a tad uncomfortable – but that didn’t last long.

She kicked off her set with the first single from the record, “Never.” It has a certain goth flair to it, like some of the simpler tunes by The Cure. In interviews, Jennylee has stated it took her awhile to come into her own voice as she was trying too hard to make it sound pitch-perfect. The hazy vocals that she produced on stage were recognizable from her backup duties with Warpaint, one of my favorite jammy bands with some of the best vocal layering of anyone currently out there. Now it was Lindberg whose vocals would get all the spotlight, and it was quick to figure that they deserved them. 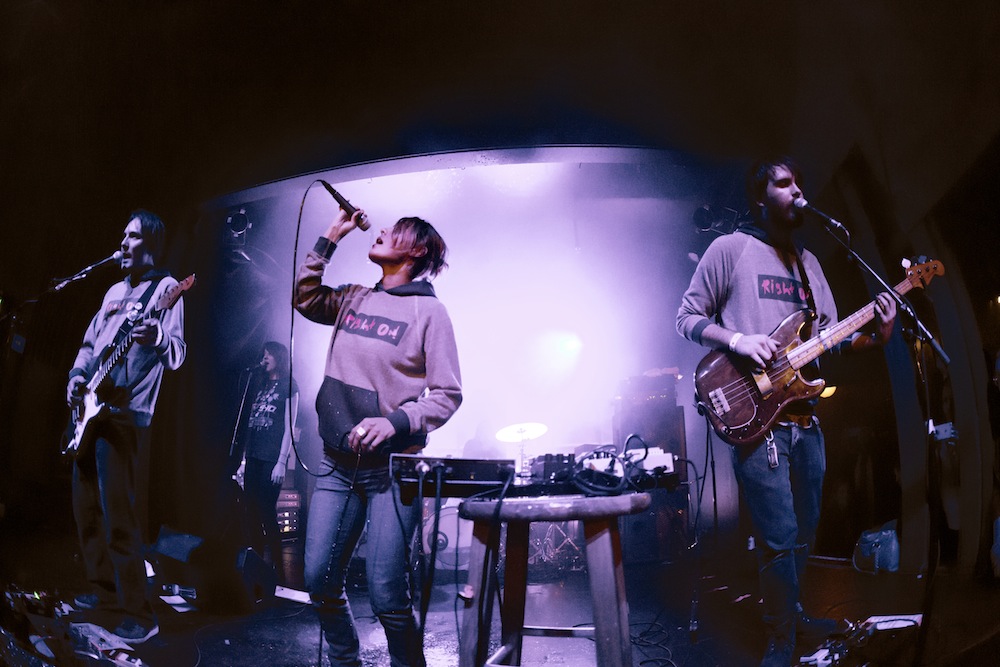 The Echo was pretty packed, as could be expected given the peanut butter & jelly-type complement that Warpaint and the buzzy LA music scene have enjoyed since the mid-2000s. There are Tumblrs dedicated to Jenny Lee Lindberg – she’s got that Silver Lake aesthetic to go along with her killer bass jams. Her solo project was received with a warm welcome as she worked through the material off the album, *

Jennylee showcased she has vocal prowess beyond what her duties called for on Warpaint releases. They were often mesmerizing, and with the late set time, they could have lulled you to sleep if the jams weren’t forcing you to rock out. In between songs, you could tell Jennylee is still getting used to being the center of attention on stage, unsure of what to say between songs other than how grateful she was for the solid turnout.

One standout favorite of mine during the set was the homage to her husband, “He Fresh.” The chorus rang out with Lindberg singing “He so fresh, he so fresh” over and over in a very endearing way. It felt closer to the Warpaint discography than probably the rest of the songs. 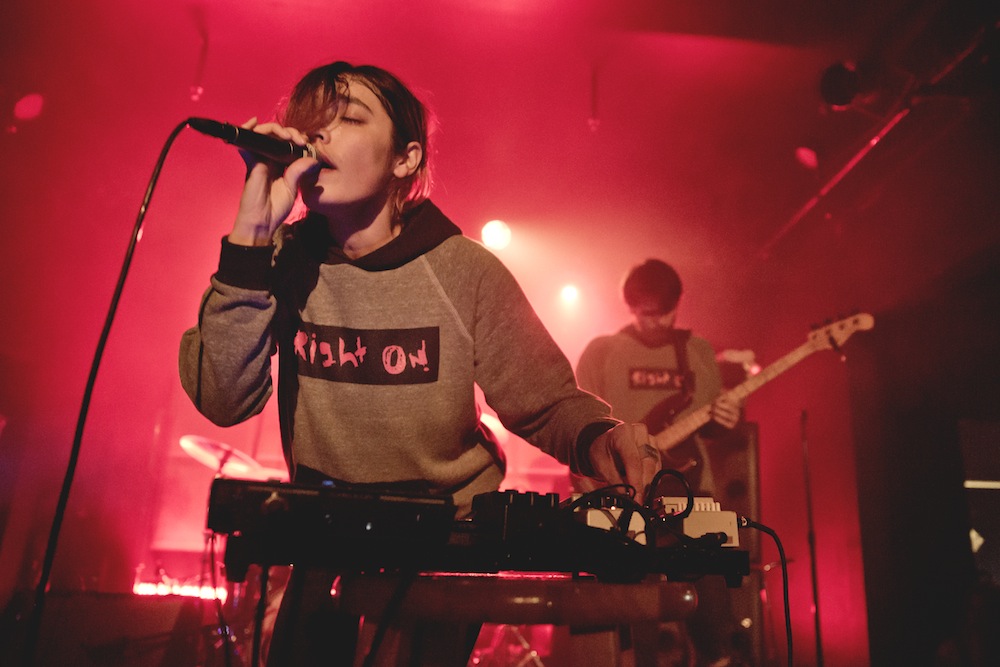 As the performance moved forward, so did Jennylee’s confidence. Everything built up to the set-closing jam “Riot,” which closed with Lindberg letting out a beautiful yet roaring scream, holding the note for an extended period. It was so magical that people couldn’t hold their excitement until the end of it, letting out shows of appreciation while she still held the note. It was the perfect way to finish up the set and send people home happy.

Indie rockers Sister Crayon served as the last opening act before Jennylee took the stage. My first introduction to this band, they had shared a split-7” with Warpaint many years ago. Vocalist Terra Lopez impressed me with her singing, which was pretty close to rapping at most times. There were quite a few catchy hooks that will send me scouring for some other music by this band, who are veterans of the club scene.

* Update: Warpaint’s “CC” was not performed at this show, but was on the initial set list. 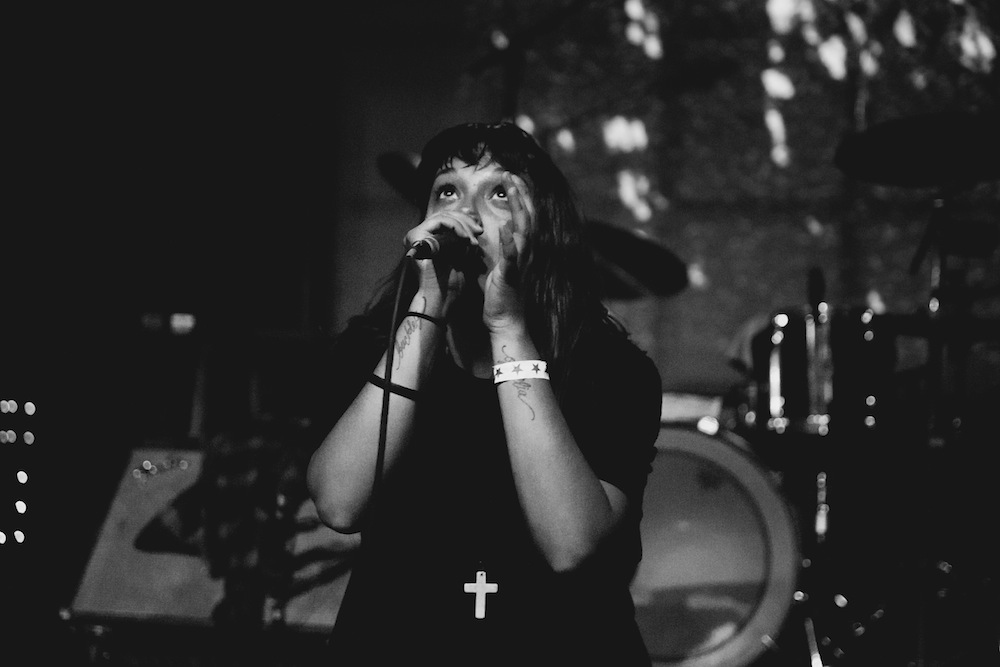 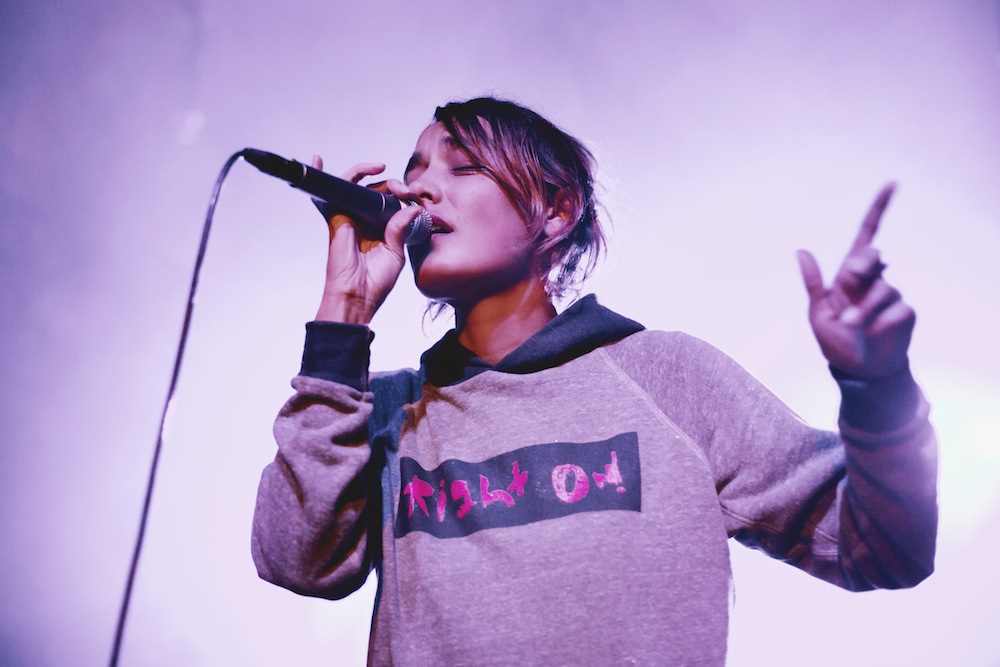 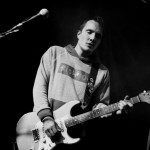 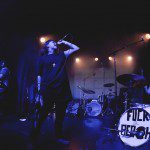 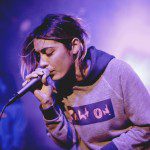 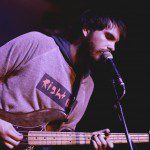 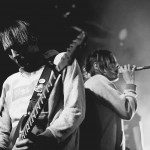 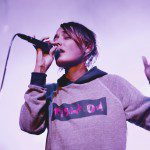 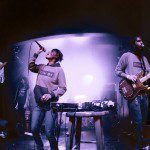 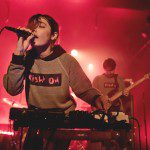 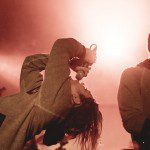 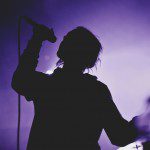 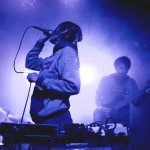 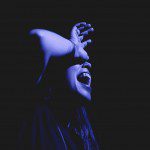 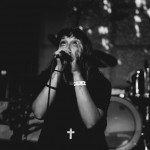 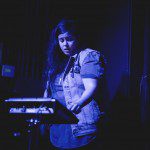