Starting the night was his 80s electro-pop project, Jaded Incorporated. Very much rooted in the new wave, 80s electro, and even a bit of post punk, Mayer and partner in crime, 14KT, took to their synths and bashed out a very accessible set, especially with their incredible cover of A Flock of Seagulls hit, “I Ran”.

After a quick change of suits, it was time for my favorite Hawthorne project, Tuxedo. Tuxedo comprises of Hawthorne and DJ/Producer, Jake One. The two of them bonded a few years back when they had exchanged mix tapes and discovered that they had a mutual love for 70s and 80s boogie funk and disco. Backed by a full band, Hawthorne and Jake One absolutely destroyed it, turning the Teragram into a sea of dancing bodies.

After another suit change, Hawthorne closed out the evening with his ‘solo’ project, Mayer Hawthorne and The County. This band has more of a classic R&B sound with roots in everything from Curtis Mayfield to Smokey Robinson. Like every other thing that Mayer Hawthorne is involved in, the attention to detail is astounding; from the vocal harmonies and arrangements, to the synthesizer sounds and guitar tones, Hawthorne nails each era and musical style.

Mayer Hawthorne and The County

Mayer Hawthorne and The County 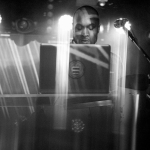 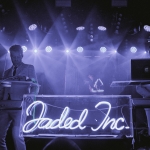 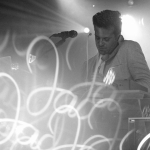 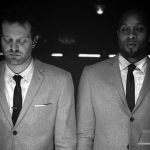 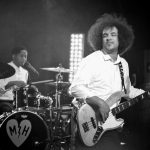 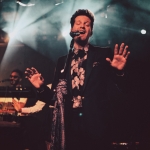 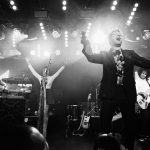 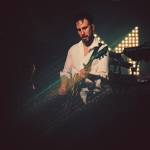 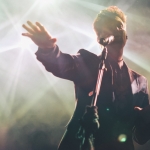 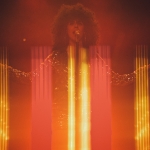 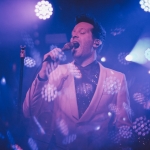 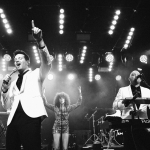 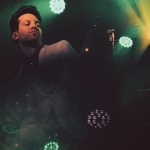 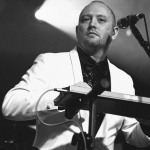 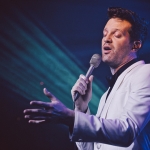 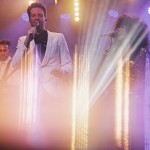 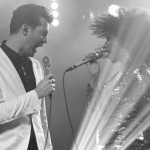 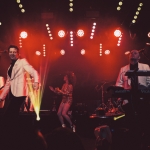 Photos: An Evening with Mayer Hawthorne at Sonos Studio