The tinted windows of Immanuel Presbyterian’s Cathedral Sanctuary in Los Angeles, California served as the backdrop for a trio of rare performances over the weekend.

Jenny Lewis — the established indie queen of southern California — and The Watson Twins turned back the clock in celebration of their 2006 album Rabbit Fur Coat. Lewis also brought along holdover help from that album M. Ward, who himself opened the show with an entertaining 40-minute set.

Rabbit Fur Coat was Lewis’ first departure from her identity as the fronting singer and primary lyricist for Rilo Kiley. At the behest of fellow indie royalty Conor Oberst, Lewis and the Watson Twins recorded the project that caught people off guard with its folksy-Americana vibe. The weekend performances of the record front-to-back proved the album has only appreciated like a fine bottle of wine as time has gone on. This is ironic considering Lewis’ turn as a collaborator of natural wines with domaineLA.

Lewis and the Watson Twins began Friday evening walking down the middle aisle of the church, candles in hand, singing “Run Devil Run” just as they did on the record — acapella. From that very first moment, Lewis and her friends had the audience in the palm of their hands. Lewis and The Watson Twins were joined by many of the members of the band she toured with in support of her latest album The Voyager, and M. Ward joined her on stage for a handful of the tracks as well.

Many of the lyrics on RFC challenge the existence of a higher power, or one’s belief in them. It was eerie and affecting hearing them given the location. “The Charging Sky” and “Born Secular” come off even stronger than they would have elsewhere, making it the perfect kickoff to this brief string of dates along the U.S. for this tour.

There were a couple of hilarious moments for the tour’s second show Friday night. Prior to the gutwrenching “Melt Your Heart,” people had been standing in the middle section of the seated church for most of the set. Prior to this quiet track starting, someone said loudly “Sit down” and the entire section immediately acquiesced and sat down. It was as if they all knew in their minds that it was the right time to sit and absorb Lewis.

Later in the night, as the band joined Lewis on stage again after a slow number that didn’t require their support, an additional non-band member appeared on stage next to the singer. “Ummm…hey” Lewis said, obviously not expecting this woman to be in her personal space. After an awkward standoff, security appeared and grabbed the girl and nearly had to drag her off the stage.

The set had a couple of costume changes for Lewis and the Watsons, just as I believe they did for the original tour a decade earlier. After completing the album with the reprise of “Happy,” there was an intermission where they turned the stage over to reflect her latest album. What followed was a 10-song trip down memory lane and into the future.

It’s hard to believe your prophets when they’re asking you to change things
But with their suspect lives, we look the other way
Are you really that pure Sir? Thought I saw you in Vegas, It was not pretty, but she was
– “Rise Up With Fists!!!”

It’s crazy to realize Lewis has been churning out material as a musician for about two decades — this while also having a career as an actress that saw her appear in a film with Angelina Jolie and an indie flick with Leonardo DiCaprio and Tobey Maguire. She kicked off the set with standout Voyager track “Head Underwater,” and traversed backwards into her Rilo Kiley days twice for “Silver Lining” and More Adventurous‘ “I Never.” That song in particular is not one Lewis has performed since the band’s breakup several years ago.

The Watson Twins added an excellent twist to some of the latest Jenny Lewis album with their perfect harmonies. On “The Voyager,” they provided a haunting addition to the chorus. The night closed with “She’s Not Me,” another favorite from Lewis’ acclaimed 2014 release.

There was obviously a lot of time in preparation put into the show by everyone involved, all for a dozen or so shows. It was strong enough to make me wish it was going to be traveling the festival circuit — at least them performing the album in full. The attention to detail — the clapping and changing arrangements on each song — was of a high level. In an LA Times interview, Lewis said the songs have oddly become relevant to her real life again. It seemed as though that could be true of many in the crowd, who have grown up with Lewis’ music informing a lot of their emotions over the years.

M. Ward opened the evening with a spirited 40-minute set. He played a number of songs from an upcoming album due out this year and a few old tracks. His jangly guitar bounced off the walls of the church with perfection.

Those that have tickets to remaining dates of this tour should brace themselves for a special night –although you should be envious if you’re not seeing it in a sanctuary. I’m probably not alone in looking forward to the 20th anniversary of this record. 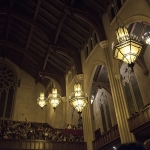 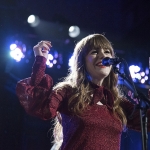 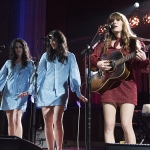 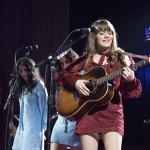 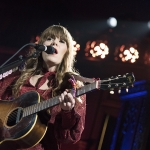 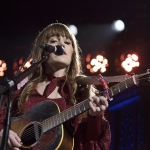 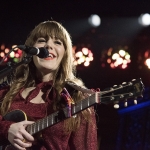 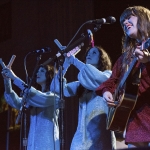 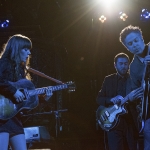 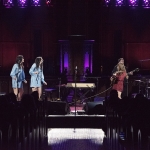 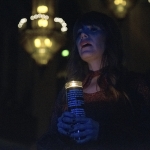 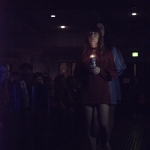 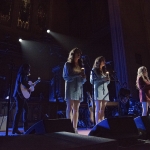 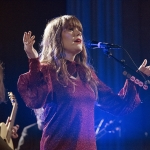 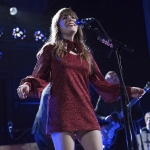 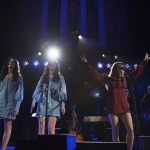 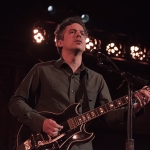 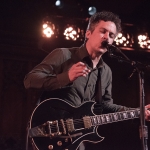 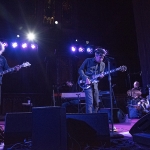 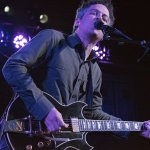