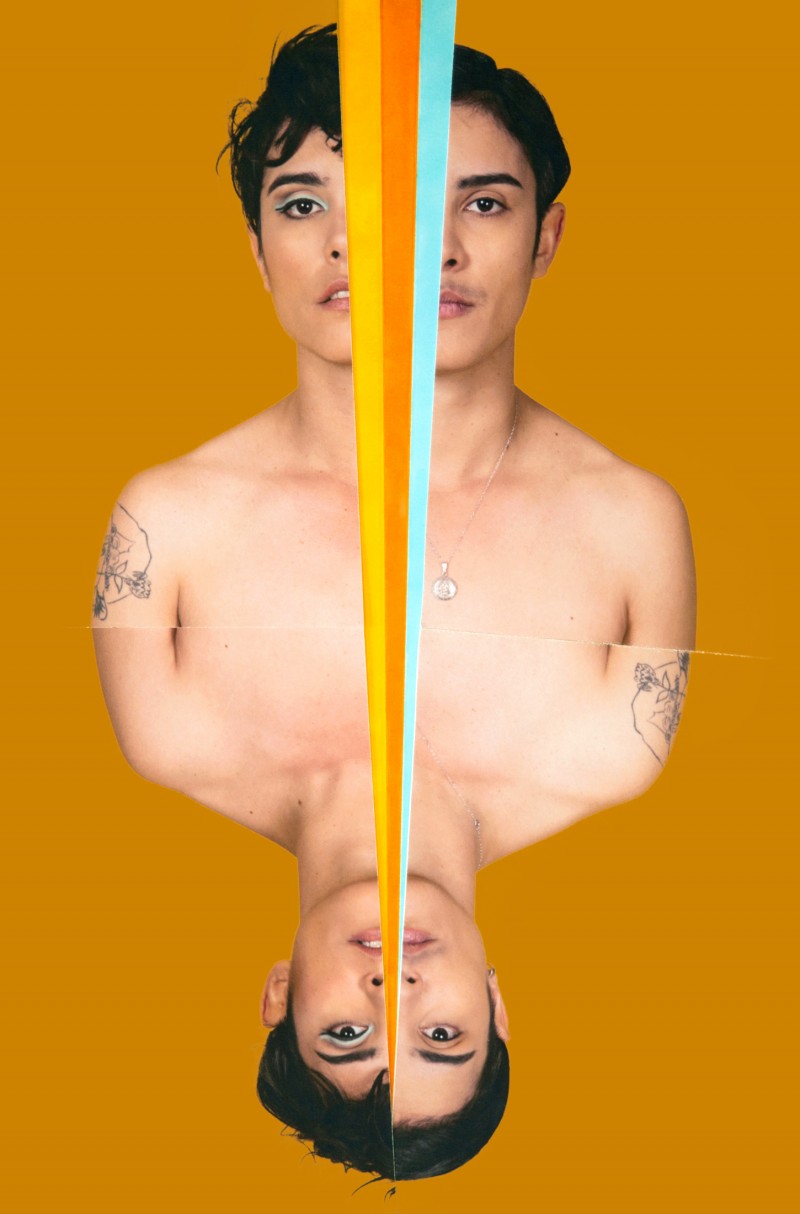 Kera of Kera and The Lesbians is unmistakable. Not easily defined or categorized she roams the tumultuous landscape of life owning who she is while embracing the dream of what she is yet to become. Born and raised in San Diego to conservative parents, Kera is one of four children. She knew early on that she was destined to entertain. Raised sheltered from pop culture she cut her creative teeth watching old musicals, listening to Duke Ellington, obsessing about Elvis and performing for her Mother’s friends. Never one to conform to the norms of what society expected of her she bravely blazed her own path, even when the price was rejection and loneliness. Since moving to Los Angeles 4 years ago Kera and her band have made quite a name for themselves.

Kera and The Lesbians is not a band name that is easily ignored. “The name actually came from our old drummer, Luke. It had this irony to it that I really appreciated. And I liked the play on it,” says Kera. They’ve ran into problems early on with venues refusing to book them for shows and on Facebook they’ve received hate messages where they’ve been condemned to the fires of hell for their name. When I ask if she’s ever considered changing it she adamantly says no.

” “If you are going to judge anything by its name, like judging a book by its cover, it’s your loss if you never discover it. It is really just a name! The people that have brought it to my attention are like, ‘you should change it, that will really help you career.’ That’s not why I’m playing music. It’s more of a statement of who I am. I get called a lesbian, but I don’t feel like I fit in that category either. I feel like we are progressing towards a way of thinking of viewing people as people. Not just putting them into these categories and bubbles that can tend to constrict and confine people not letting them show their fullest potential in life.” 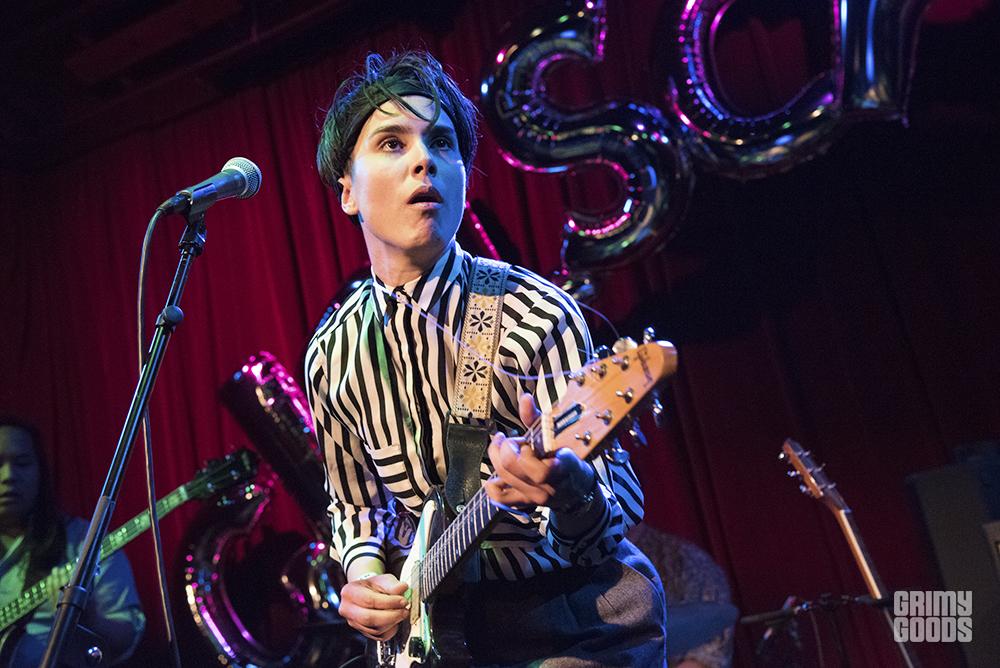 Like its front woman, the sound of Kera and the Lesbians’ music doesn’t fit neatly into any category. Their songs are a genre bending fusion of roots, punk and jazz. Self defined as “bipolar folk,” the music at one moment is playfully swinging and the next jarring with quivering sensitivity. She explains, “How I operate as a human being is reflected in the music that I write. Somewhat manic, but still contained.” Her singing voice plays heavily into the unique sound of The Lesbians and is something that she says has developed over time. Sighting Kristen Gingred (aka DeeDee of Dum Dum Girls) as a major influence on her style of singing. She has trained her ear to dig deep and find the unique characters in her own voice to highlight them against the topsy-turvy sonic backdrop of The Lesbians.

On stage Kera is more than comfortable and releases the full force of her mania. When talking about performing Kera’s eyes glow as she refers to the stage as her home. “It is the happiest place I could be. Some people don’t understand that. But, that’s where I showcase no fear, and wish I could have that more in my own life.” From where we stand Kera certainly seems to be living a life void of fear. When coming out to her family at 19 she was confronted with a lot of misunderstanding and rejection. Although difficult, she bravely owned who she was and never compromised. She took the pain from that time and channeled it into her songwriting. Now on February 29th she’ll be self-releasing her first full length album. She’s actually had the album written and mastered for a while but didn’t feel like the time was right to release it earlier. [pullquote align=”full” cite=”” link=”” color=”#FF78FF” class=”fistclass” size=”15″]“A lot of these songs I wrote I was only 19 or 20 years old. And now, it has become a layer of skin I want to shed knowing how much I am evolving as a writer and an artist.”[/pullquote]

Bursting with a creativity that is unapologetic, Kera isn’t bashful about her approach to her art. She’s determined to make music that causes people to think and react. “Our music will always remain genuine. Always expressive. I personally feel that so much of music is lacking in energy, expression, inertia and truth.” She adds, “I am not a part of any scene. I’m not writing any of that psych-garage music. I am doing my own god damned thing and I am very happy to be doing that.”

What does the future look like for Kera and the Lesbians? “I’m writing a new record about loneliness, or rather themed around loneliness. I feel that especially in this past year it’s been a theme (for me). And I’ve never really done a themed album before. I’m excited about it because there’s such a positive and negative aspect to loneliness. Like, yes it can be hard to be alone but what you gain from it is wisdom and confidence. Everything in life is a mystery, you know? We try our best and all I can guarantee is great music and great shows.”

Stream Kera and The Lesbians’ self-titled debut album below, and purchase it for just $7 via BandCamp! 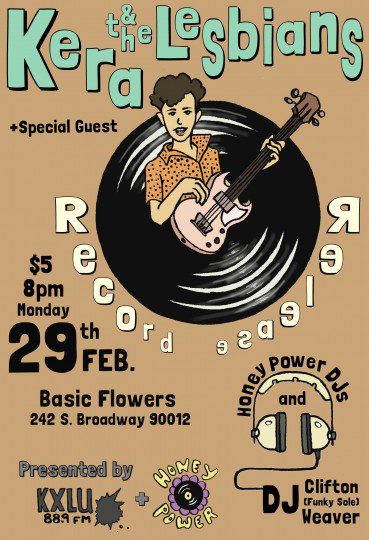