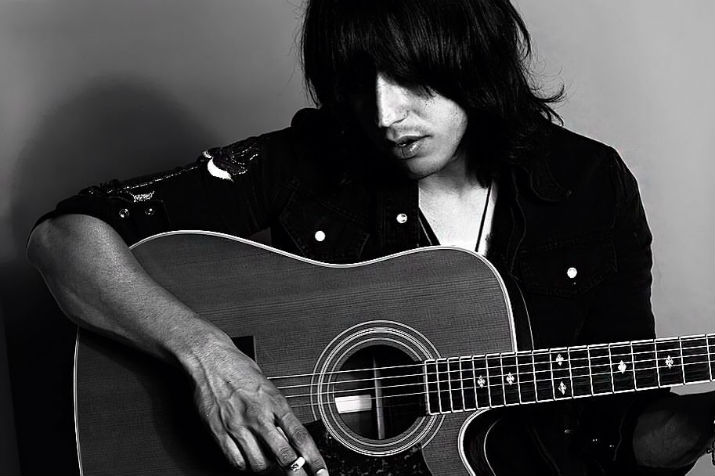 Valentine’s Day may have already passed but the celebration of love continues well into March. Indie bolero singer-songwriter and shaggy haired crooner Cesar Saez (and front man for The Wallburds) will woo you with his tales of love and life en Español. We here at Grimy Goods are excited to share the simply beautiful video for his latest single “Amor Bonito” (Pretty Love), a truly intimate affair filmed right in his Boyle Heights kitchen, and the song’s low-key but heartfelt vibes pair perfectly. Who needs breakfast in bed when you have the sweet and dreamy Cesar Saez to wake up to.

Saez’s influences range from ’30s/’40s French music to ’60s rock and psychedelia to ’90s Brit-pop. Old boleros, Bossanova, and soul also trickle into his sound. Saez’s debut EP which features the song, “Amor Bonito,” is in the works at Sound Factory Studios in Hollywood with acclaimed producer Ettore Grenci (Alex Anwandter, Marc Anthony, Gloria Trevi). Saez shared a little insight about the process, “Since I’m only doing a 5 song EP I consider it a small but really good taste of what I do. These are very personal songs that mean a lot to me. I wrote most of them over the course of 2 years or so with just a lonely heart, a guitar, pen and paper. I think the recording has so far done justice to the way I imagined the songs when I first wrote them.”

The up close and personal atmosphere of the “Amor Bonito” video is surprisingly engaging, and feels like a reflection of Saez’s approach and attitude towards his live performances. No matter the crowd or venue size, for Saez it’s all a grand opportunity to connect deeply with audiences. “Give me a crowd that will listen, any size. I’ll play and give it my all.” He also recently completed the Gira En Kasas tour, which was a house tour that made its way from Mexico City to Saez’s new home base of Los Angeles. “I was lucky enough to experience first hand the hard work of my buddy Josue, singer of the band Kill Aniston. He does a DIY tour of intimate shows in people’s living rooms all across Mexico. It’s truly inspiring an admirable to see a fellow musician hustle so much to be able to get his music out there and make a living while doing it.” That tour also lent itself to some interesting travel stops along the way. “I got to drive through “La Rumorosa” which is the highway that takes you to Mexicali from Tijuana, it’s crazy road full of dangerous curves, lots of cars drive off the road there if you are not careful with those curves.”

Saez took some scary roads, literally, to get to Los Angeles in order to pour his heart out for Southern California fans and listeners but we’re glad he did. “You become a different being when you are up there and anything goes. There is a challenge that goes with it as well, especially when you’re an unknown artist, you have to find a way to win the crowd which ain’t easy sometimes but I love that as well.” It’s not hard to appreciate his live performances, and all that he does in order to deliver for our thirsty ears. Now let’s return the favor, and listen back.

Watch the premiere of Cesar Saez’s new video for “Amor Bonito” below. 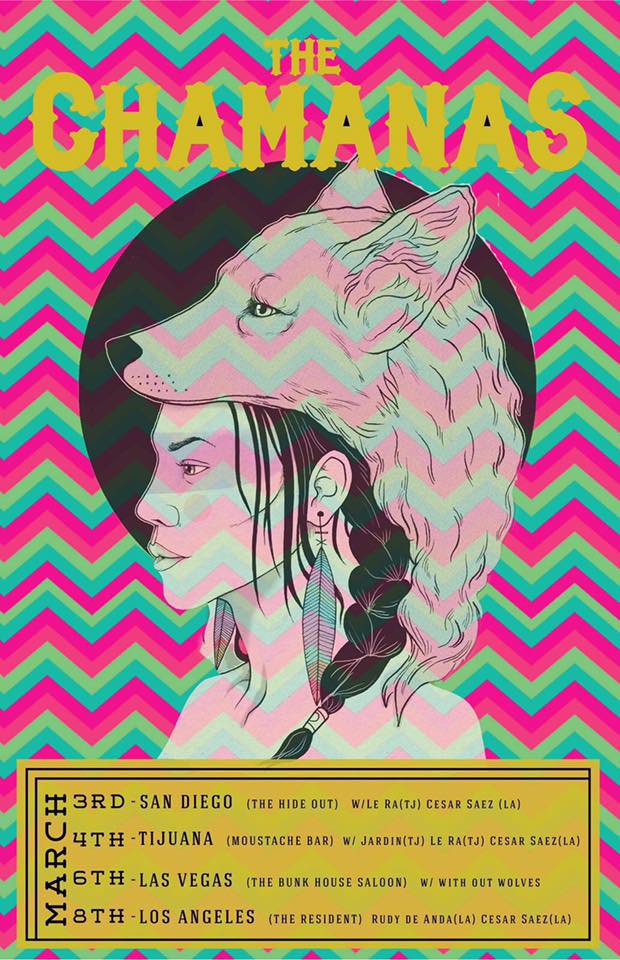