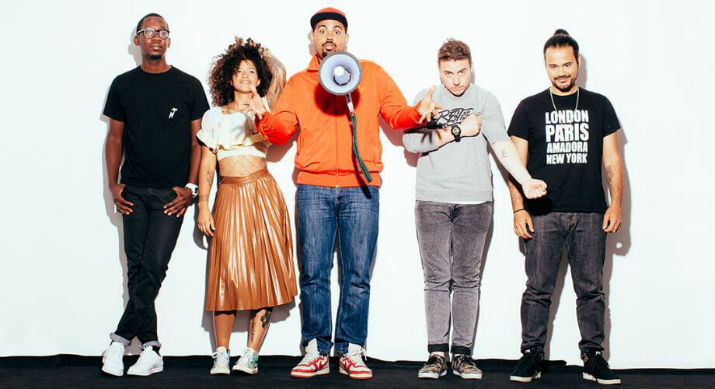 Calentura, created by Los Angeles based party crews Subsuelo and Late Night Laggers, in collaboration with Fania Records, presents the wildest dance nights, which often bump with both classic and contemporary global sounds, from Latin to funk to electronic, and everything in between. Calentura will be taking over The Roxy on Thursday, April 7th featuring a special performance by Portugal’s club music globe-trotters, Buraka Som Sistema. Put on your dancing shoes and get fired up! Also, be sure to arrive early to catch supporting act and tropical bass group Alo Wala (their first ever U.S. show!).

Tickets to Buraka Som Sistema at The Roxy are priced at $23-26, doors at 8:00 pm, and the show is all-ages. You can purchase your tickets or win a pair with us below!

First make sure you’re following Grimy Goods on Twitter here and/or “like” our Facebook page here. Next, email ggcontests@gmail.com with your full name for guest list and a clever reason why you want a pair of tickets to Buraka Som Sistema at The Roxy. When you’re done with your email, send us a Tweet so we know you entered the contest or you can post on our Facebook wall. We’ll select a winner that has done all of the above mentioned. Winners will be announced via email, Facebook and Twitter on Monday, April 4th. Winners will have until 10am Tuesday, April 5th to reply back and confirm their win.

FACEBOOK: Just leave a comment on our wall letting us know you entered our contest for tickets to Buraka Som Sistema Apr. 7 at the Roxy!

One thought on “Win Tickets to Calentura Feat. Buraka Som Sistema at The Roxy”