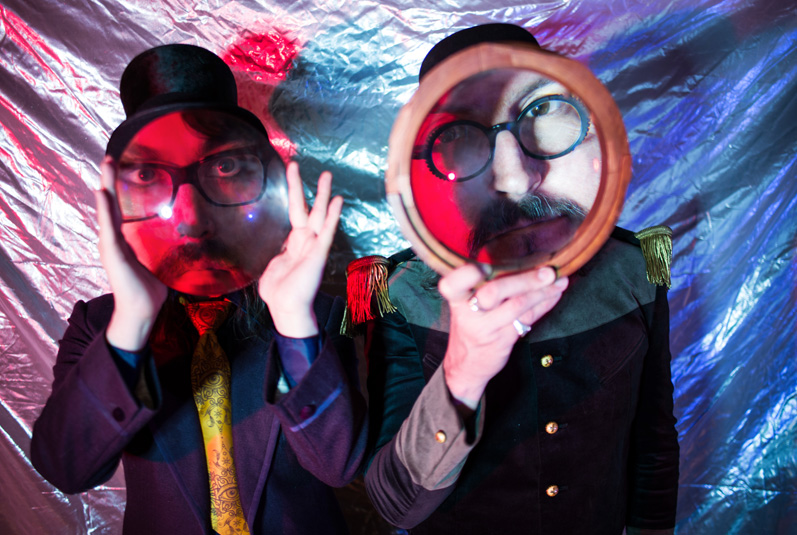 You probably didn’t expect to see Sean Lennon and Primus lead vocalist, Les Claypool come together to form their band, The Claypool Lennon Delirium. The duo bonded while touring together last year, Lennon with his band Ghost of A Saber Tooth Tiger and Claypool with longtime running quirky band, Primus. Two weeks ago, the duo released their debut album Monolith of Phobos and announced an incessant amount of tour dates across the U.S. Catch them for the ride as they headline the Fonda Theatre on Friday, July 29th!

Tickets to The Claypool Lennon Delirium are priced at $35.50, doors open at 8:00pm, and the event is All Ages. You can purchase tickets or try and win a pair of tickets by entering the contest below!

First make sure you’re following Grimy Goods on Twitter here and/or “like” our Facebook page here. Next, email ggcontests@gmail.com with your full name for guest list and a clever reason why you want a pair of tickets to The Claypool Lennon Delirium at The Fonda Theatre. When you’re done with your email, send us a Tweet so we know you entered the contest or you can post on our Facebook wall. We’ll select a winner that has done all of the above mentioned. Winners will be announced via email, Facebook and Twitter on Wednesday, June 29th. Winners will have until 10 am, Thursday, June 30th to reply back to our email and confirm their win.

FACEBOOK: Just leave a comment on our wall letting us know you entered our contest for tickets to The Claypool Lennon Delirium at the Fonda Theatre July 29!